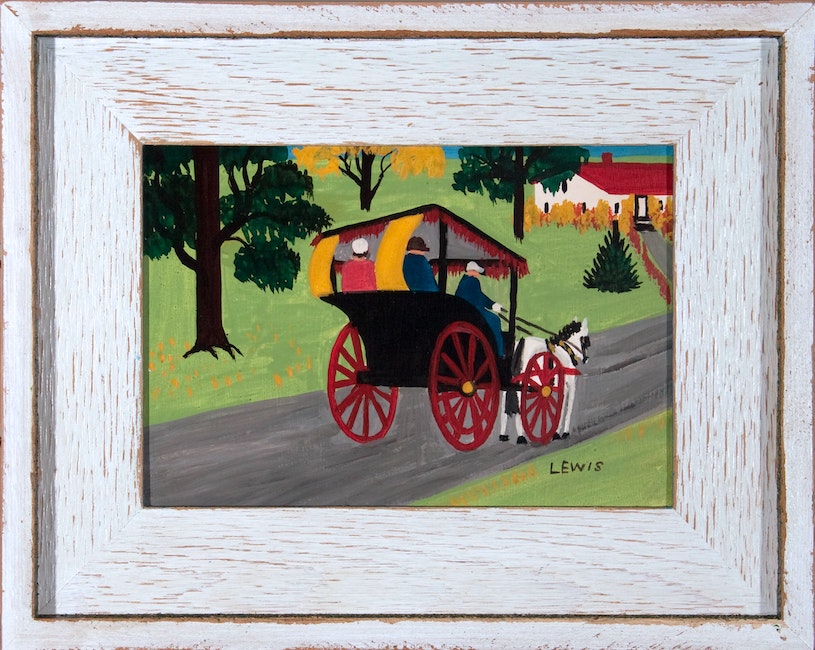 Fifty years ago, when I placed my first shingle over the door of a modest frame shop gallery at 763  Selkirk Avenue in Winnipeg, I could not have imagined how Canadian Art would transform and shape my family’s life. I was lucky enough to find a job with an Art Gallery as a picture framer in my second year after immigrating to Canada and the rest is, as they say, history. Throughout this journey, I have observed remarkable transformations, and I feel very fortunate to have borne witness firsthand, to over a half of a century of significant changes in the world of Canadian Art.

I once thought that the world’s greatest art treasures all came from Europe or Asia, rich with hundreds of years of history and largely housed within major International Museums or within the grand homes of the wealthy. Not so. With time and experience, I realized that our own Canadian Art treasures could equally hold their own on the Canadian Art competition stage and can undeniably stack up with the best of the best in the Global Art Market.

Typically, for the ‘every man/woman’, art has often been considered unaffordable or a luxury. I suspect personal acquisitions ranked low on the priority list of expenditures. Many of us recall purchasing our first house for under $20,000 or our first new car for $2,500. Major purchases such as these are indelible in our minds and were likely not easily purchased, often requiring savings or financing. Art, as an investment, may not have been on the radar.

By 1972, Canadian Art was getting substantial attention from Museums and private collectors. By then,  the International Art Auction house “Sotheby’s” had set its’ sights on what it saw as a lucrative  Canadian Art Market. Sotheby’s had opened its doors in Toronto in 1967 and at that time, a small painting by Tom Thomson would have reached $8,000 – $10,000 while Group of Seven painters, Lawren Harris could fetch $2000 – $2500 for a sketch. A large painting by Cornelius Krieghoff (a  prominent Dutch-born Canadian painter) might go for as high as $12,000.

The Group of Seven, which formed in 1920, was well entrenched in our Canadian Museums, and in the 1970s, widespread interest in Early Modernist painters was on the rise. Quebec was rich with art history and names such as Clarence Gagnon, Jean Paul Riopelle, Maurice Cullen, and Paul-Émile  Borduas were becoming well known to both artists and collectors alike across the country. Further,  artists such as Emily Carr and Walter Joseph Phillips had emerged from the west and our visual artists were well on their way to becoming prominent in the National Art arena and Nationally identifiable.

During this period, one artist’s name that was virtually unknown to art collectors, scholars, and artists alike, was Maud Lewis. Maud, who passed away in 1970, lived with her husband Everett in their tiny house on the outskirts of Digby, Nova Scotia. Never traveling more than ten miles from her home, she likely would have never visited a museum, heard of the Group of Seven, or even owned a book on  Canadian Art. Growing up in poor health, Maud found inner joy in making her small paintings. She spent every moment she could creating her joyful, simple works, both then and today, which are known as the genre of “Folk Art”. This was likely a meaningless categorization to Maud who knew only one way to paint, but in her own right, she became the most authentic pioneer, in my opinion, of Folk Art in  Canada.

In the past twenty years, the name Maud Lewis has skyrocketed to the forefront of the art world. Books have been written, movies have been made and Museum exhibitions have been widely held. I can only imagine that Maud, who in the 1960s sold her painted art cards for 10 cents and her paintings for $4.00 – $6.00, would be wondering what all the fuss is about. By the time Maud Lewis died in 1970, she had boldly raised her price to $10 and had sold everything she had ever painted at that amount. Unlike more established artists fifty years ago, such as the Group of Seven or Emily Carr, Maud Lewis’s paintings were always affordable to the average person and a bargain for those of means who often purchased them at her modest price.

I first became aware of Maud Lewis in the early 1980s. Three small paintings, along with a mixed bag of life’s accumulations emerged from a Winnipeg Estate. I was given the task of assessing the value of the works. Maud’s paintings had gained some popularity among tourists and locals in Nova Scotia; however, auction prices were in the low hundreds and her works held little interest in the west. With no private market in which to place these paintings, I recall that the 3 paintings were then sold to a dealer in the east for approximately $1000.

In the 1990s, Maud’s paintings were attracting a little more attention and back then I remember selling a few small paintings. At that juncture, they were typically priced at $800 – $1000. Auctions had started to pay attention and slowly a small number of private collectors began looking for specific works. Maud was a serial painter, meaning she repeated her subject matter throughout her works, people would collect them like stamps: “I’ve got a ‘Digby Cut’ and a ‘Covered Bridge’, now I’m looking for ‘Three  Black Cats’”. For this reason, many art buyers, serious collectors, Museums, and most established dealers gave little credibility to Maud Lewis’s paintings. They were unfortunately sometimes the butt of a  joke.

In 2002, Mayberry Fine Art moved our gallery to our newly renovated historic building at 212 McDermot  Avenue in Winnipeg. My son Shaun and I made the conscientious decision to promote the name of  Maud Lewis and offer more of her paintings to our collector base. Placing simple ads; “Wanted to  Purchase – Paintings by Maud Lewis”, in newspapers all over the Maritimes and down the eastern  United States proved to be an effective way to get in touch with the owners of her paintings. Most individuals who contacted us had purchased the works directly from Maud’s hands and came with many great stories to share. Some would have gone to visit Maud each year when on vacation in Nova  Scotia and would have photographs of her and Everett outside of their tiny house. Some were kids at the time and were always fascinated when Everett would show them the trout he kept in a water barrel.  Often the same story was shared of having as many as ten paintings to choose from and buying only one for $4.00.

From 2011 to 2016, Mayberry Fine Art held three Maud Lewis exhibitions. Within a decade, we bought and sold more than 250 paintings that we had diligently hunted down all over Canada and the US. I recall two paintings that had come from as far as Australia and several from the UK. Values from our first exhibition in 2011 ranged from $6000 to $8000, on average, with an exceptionally rare painting fetching possibly as high as $10,000. Interest was overwhelming in our first showing of thirty plus paintings and all were sold out within the first hour of our opening. By the time we held our third exhibition in 2016, most Maud Lewis paintings had reached $12000 – $20,000 but with a diminishing supply, we felt this could likely be our last Maud Lewis exhibition of this size.

Today fewer paintings remain in the hands of those primary purchasers, who would have paid $10 or less in the 1960s. Many have changed hands to those of more permanent private collections. That said, just as Maud’s paintings outlived her, so shall they outlive present day owners. One day, they will either be passed on to family members or sold again. There is every indication they will continue to reach new record level prices in the future. They have come a long way and the road ahead is equally long.

We currently see open market price levels of up to 4 to 5 times higher than amounts achieved by our gallery in the past decade. Recently, Mayberry Fine Art purchased two rare Maud Lewis paintings in the UK  for over $80,000 at auction. Maud’s works are now reaching levels in line with works by the Group of  Seven and other prominent names that she could not have even imagined in her lifetime. This clearly demonstrates that Maud Lewis paintings are finally being taken seriously by the established Art Market.

I firmly believe that Canadian Art is closely connected to our culture and who we are as a Nation. It’s a  constant, everchanging, and ongoing evolution. Maud Lewis, in her own simple way, was an important cog in that artistic evolutionary wheel. Her story and artistic contributions are there for all to see. Her delightful little paintings will be on the wish lists of museums and collectors for many years to come.

To my knowledge, there are no other artists whose works have risen in value from a mere few dollars to over $60,000 within my fifty years in the Canadian Art Business. It is truly amazing and unprecedented.  One must wonder what this strong, tenacious small wonder of a woman from such modest means would think about the journey that her paintings have traveled. I suspect she would think it was quite funny and still would be happy to accept a 10 dollar bill in exchange for one of her paintings!

Mayberry Fine Art would be delighted to provide a free market valuation or insurance appraisal for any individual or Estate who still presently owns any of the over 250 paintings we have sold over the years. We continue to support and seek out Maud’s works and have a strong interest in our collector base.  Contact us at [email protected] 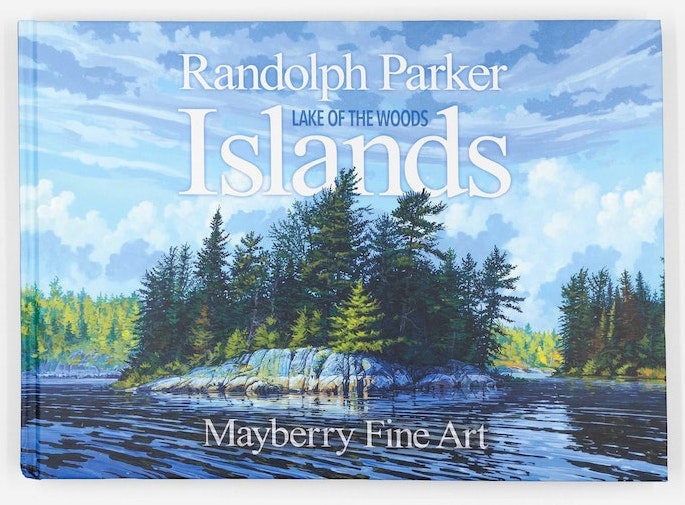 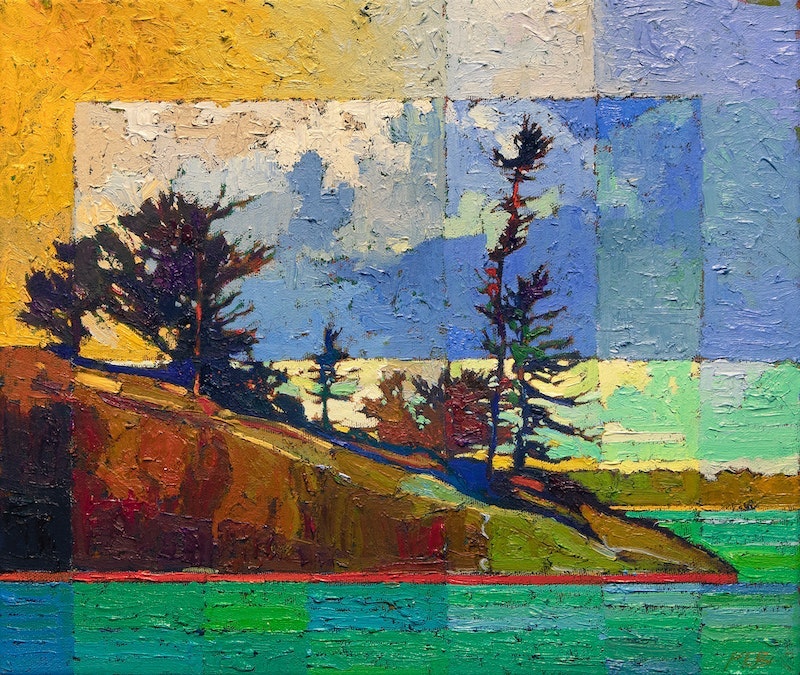 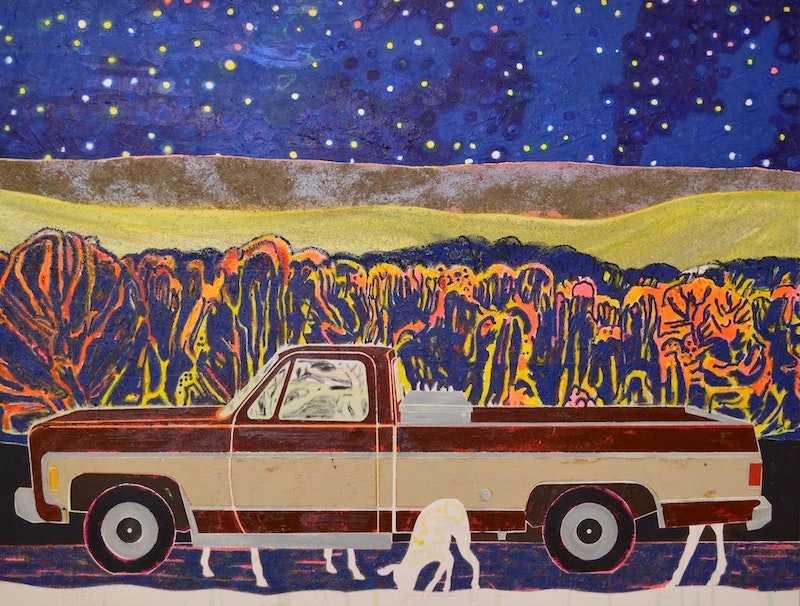