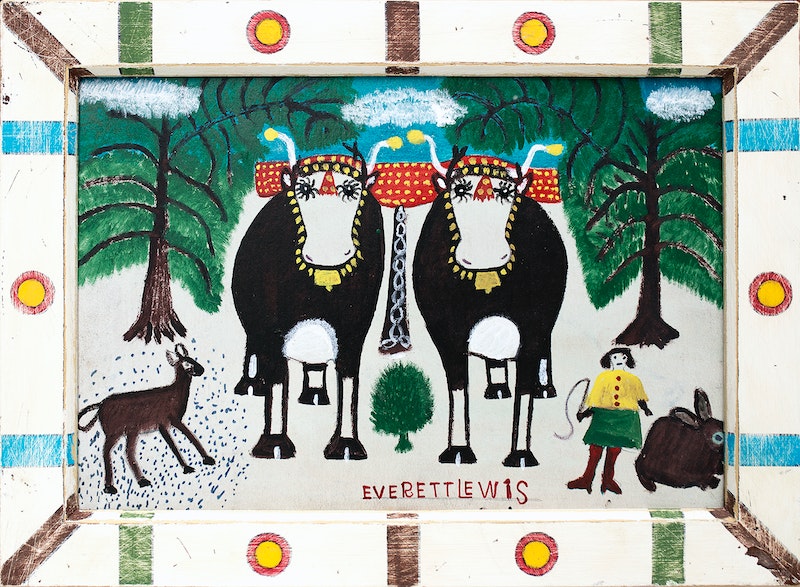 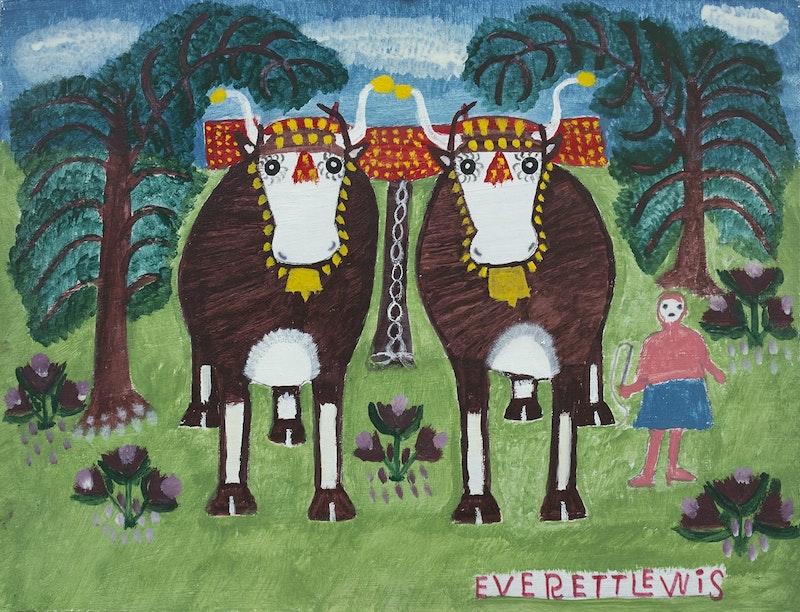 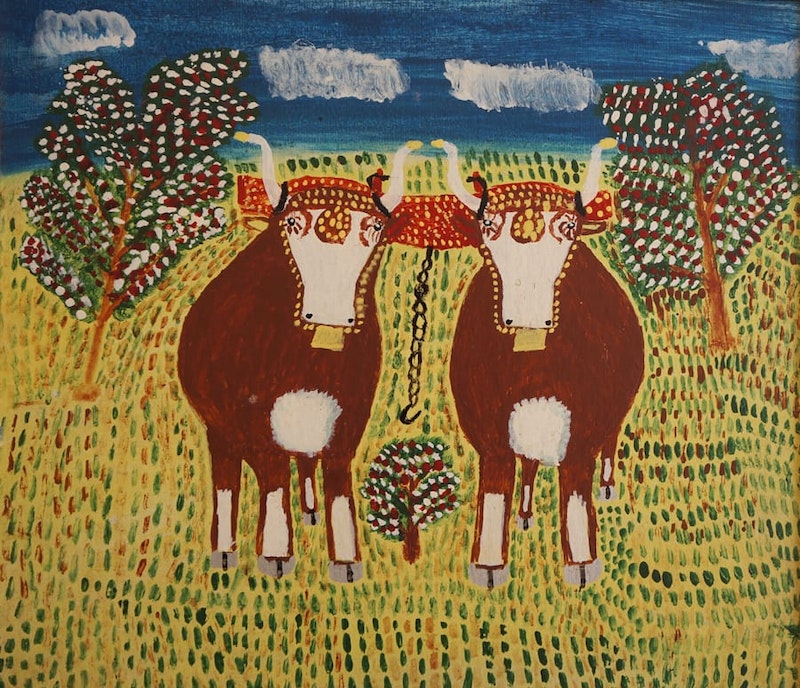 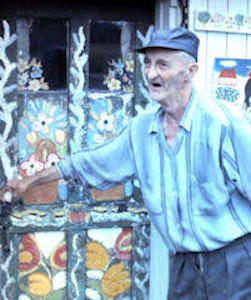 Husband of renowned folk artist, Maud Lewis, Everett worked as a farm labourer and fish peddler in his early years. Everett married Maud Dowley in 1938, after she responded to an advertisement he placed for a housekeeper at the local convenience store in town. Soon after, he went to work as a night watchman at the Marshalltown Poor Farm. As Maud’s arthritis worsened, she became unable to do the housework so Everett took care of the house and cut pieces of board for Maud’s paintings, allowing her time to paint, which brought in money for the couple. As Maud aged and her physical condition continued to deteriorate, her popularity grew and demand to produce more work increased. To facilitate her productivity, Everett cut out templates for her to use in her paintings. After Maud’s death, Everett made his own horse and oxen templates and began to paint maritime scenes and landscapes with animals and other subjects to sell to visitors to the home. The paintings were inspired by Maud’s work but took on motifs, that were distinctly Everett’s. Everett was murdered during an attempted robbery at his home in 1979.

Want to get notifications or exclusive online offers for artwork by Everett Lewis? Add them to your collector profile and let us know what you're looking for. 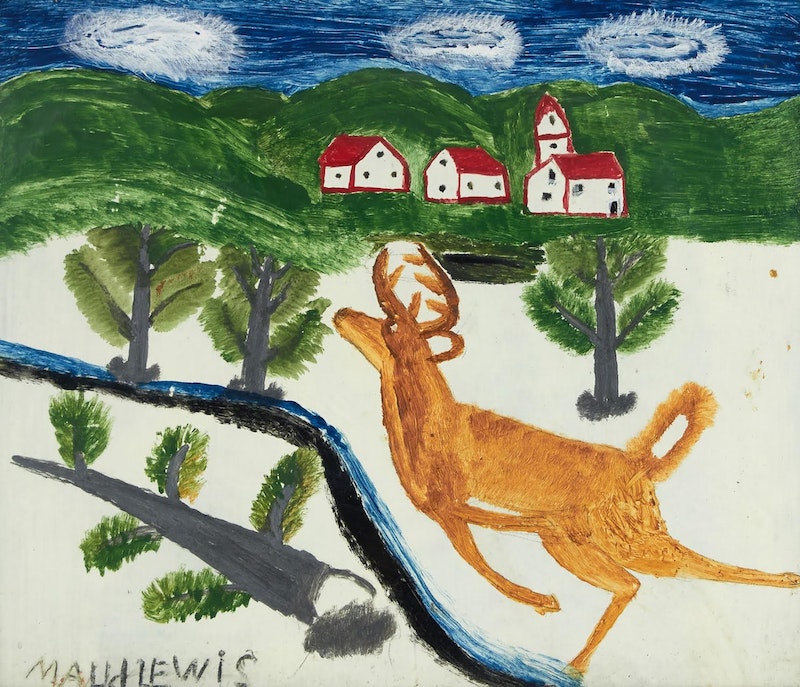