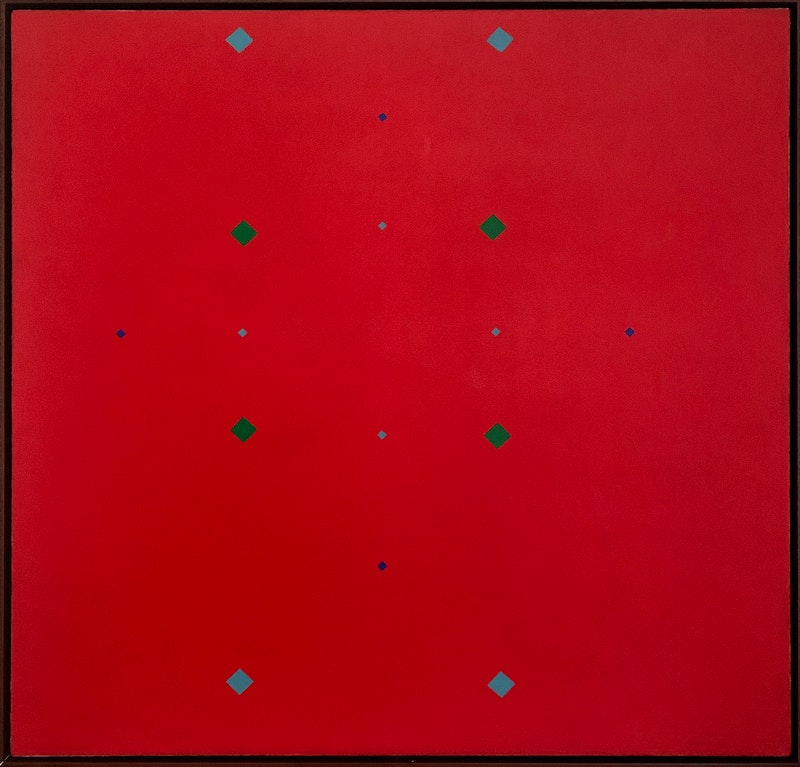 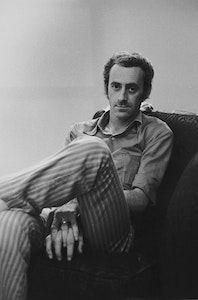 Born in Montreal, Quebec, he studied at the Ecole des Beaux-Arts where he first took a general course but later specialized in print-making (1954-60). Initially a painter he began exploring the possibilities of intaglio print-making. He acquired his own press in 1959 and by 1960 had stopped painting altogether. His work was exhibited at the Paris Biennial, the National Print Competition in Vancouver in 1961 where he won a prize: the Province of Quebec competition (first prize) and by 1963 held his first one man show at Galerie Agnes Left when Ruth Auersperg noted that his work was private rebellion against restrictions of conventional printmaking, a rebellion in which he was not alone. She also found the exhibition showed imagination in having some of the plates displayed along with the prints so that the viewer could see the use of relied and intaglio-engraving, embossing, and overlaying with acrylic paste. She explained how Gaucher had resolved his inking problem by grinding the pigments of his colours and then mixing them himself. By his use of laminated papers of various weights and colours he added a calculated element to his compositions.

He participated in several important international exhibitions in 1963. By 1964 he was exhibiting at the Martha Jackson Gallery, New York where Barbara Rose described his work as “free, boulder like forms . . . and highly-ordered geometric compositions of squares and straight lines, in which the squares are subdued and harmonious yellows or greys” she also noted “Gaucher creates works remarkable for their high level of technical accomplishment, bordering perhaps on virtuosity, which in their expansion of the possibilities of contemporary print-making, are particularly gratifying. One commends especially his experimental attitude toward an art form that, unlike painting and sculpture, has experienced as yet no major twentieth-century revolution.

In late 1964 or early 1965 he returned to painting described by Lisa Balfour as follows, “. . . he now works in a spacious, whitewashed second floor studio on St. Paul Street where he operates a bit like a marksman in a shooting gallery. It’s not that he sprays his paintings. It’s just that he observes their ‘behaviour’ from a considerable distance while behind him burns a battery of six powerful floodlights ‘warming up’ what he calls ‘the cold light of day’ . . . Gaucher begins painting by covering the entire surface of his canvas with a basic background colour – be it black, blue, red, . . . structure becomes ‘inevitable’ because the background colour alone determines what sort of geometrical configurations will ultimately be projected upon it . . . Usually he plots broken lines in such a way that the eye or the imagination are required to complete the composition. And the paintings which result are not meant to cause an immediate reaction. Instead, they should manifest ‘a slow intense life of their own’.”

Gaucher’s work has been shown at Galerie Agnes Lefort, Montreal; Moos Gallery, Toronto; and Martha Jackson Gallery, NYC. One of his relief prints on laminate paper was exhibited in the Canadian Government Pavilion at Expo 67. He is represented in the National Gallery of Canada, the Art Gallery of Ontario, the Montreal Museum of Fine Arts and the Museum of Modern Art, NYC. He lived in Montreal.

Want to get notifications or exclusive online offers for artwork by Yves Gaucher? Add them to your collector profile and let us know what you're looking for.

Browse all works by Yves Gaucher