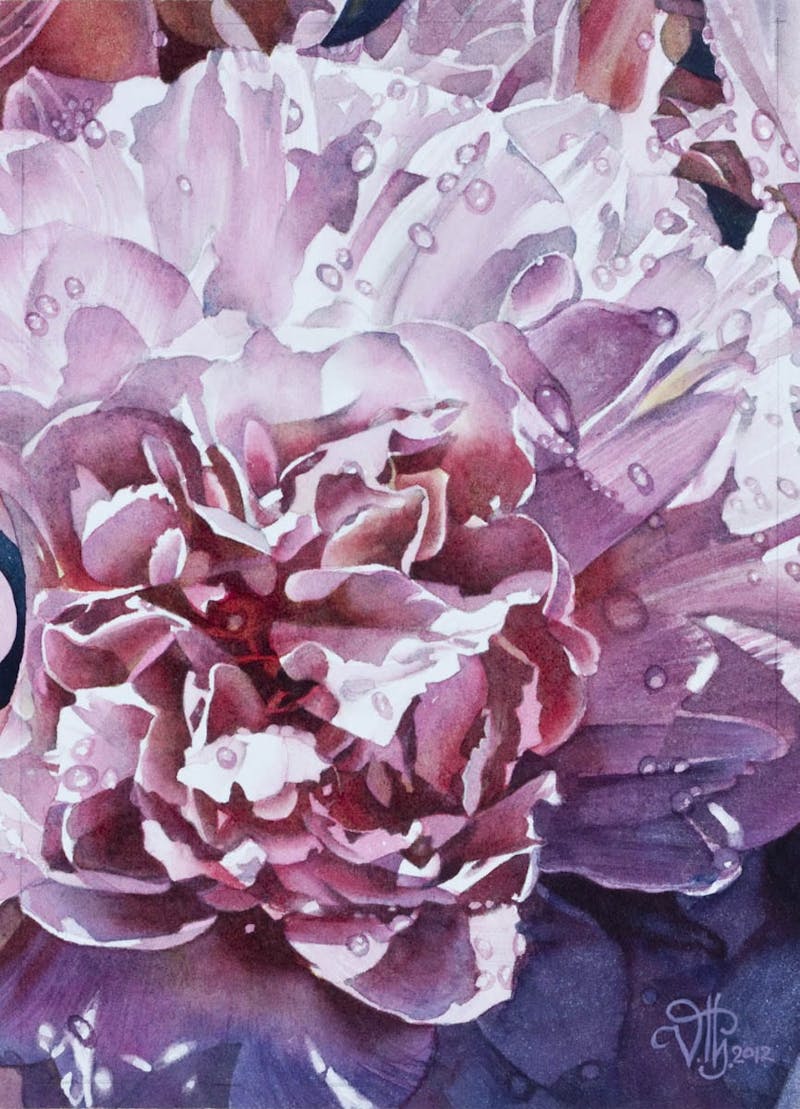 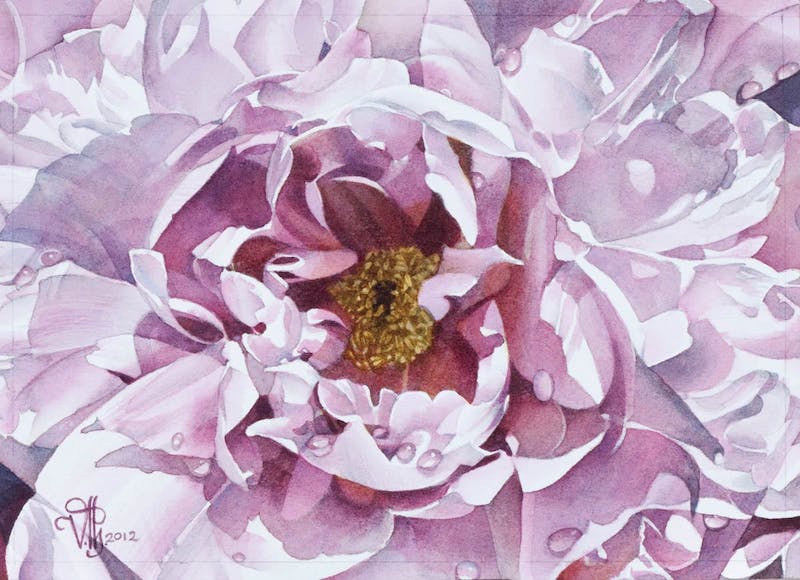 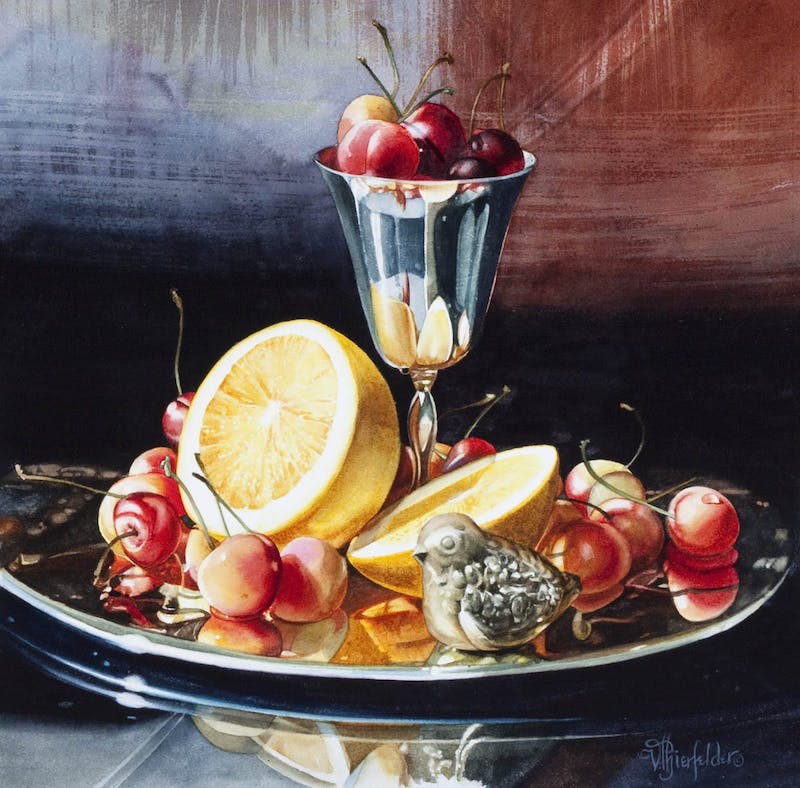 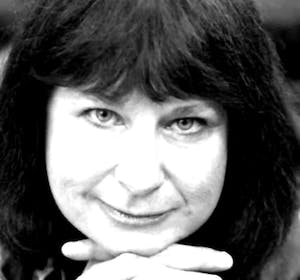 Vivian Thierfelder was born in Edmonton, Alberta and received a Bachelor of Fine Arts degree from the University of Alberta in 1970. Before turning to fine art as a full time pursuit in 1983, Vivian worked in the areas of foreground preparation for the Natural History diorama program, exhibit design and construction at the Provincial Museum of Alberta, and as part of the graphics department of a major telecommunications firm.

Since beginning to paint more than 30 years ago, Vivian has worked in oils, acrylics, and today, exclusively in watercolour. Her subject matter has ranged from leaf, grass, and snow compositions to elaborate still life and on into exotic tropical flowers whose riotous colours first had an impact on her during a year-long stay in Hawaii.   Her works often utilize subtle diagonals to lead the eye into the heart of the painting, encouraging the visual exploration of perceived three-dimensional space on a two-dimensional surface. Celebrating the lushness of the natural world is a main theme, as is the glory of colour and detail revealed by strong natural light.  She is a longtime member of the Royal Canadian Academy of Artists and the Canadian Society of Painters in Watercolour.

Want to get notifications or exclusive online offers for artwork by Vivian Thierfelder? Add them to your collector profile and let us know what you're looking for. 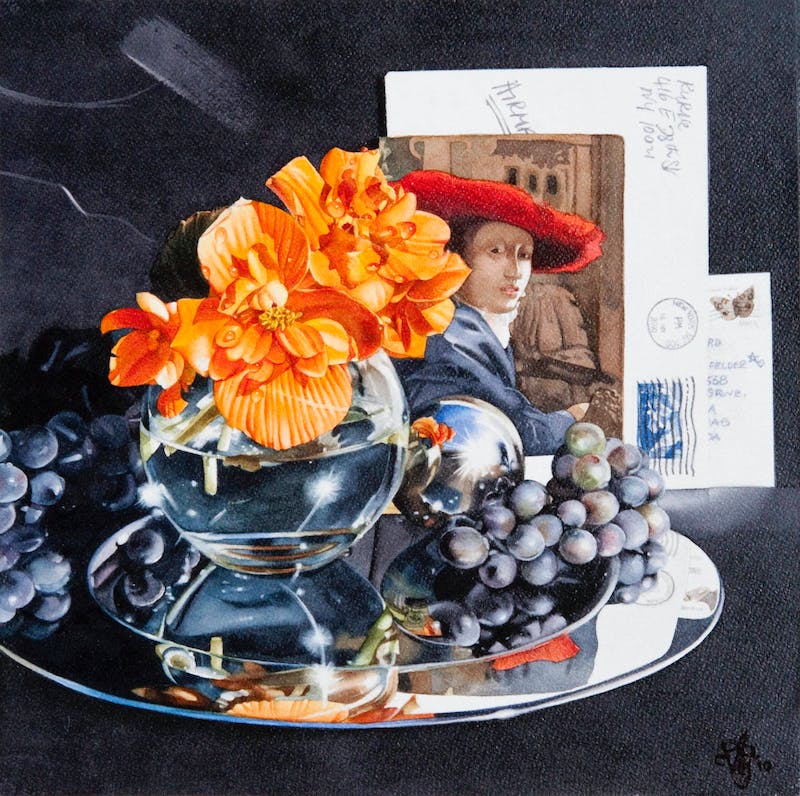 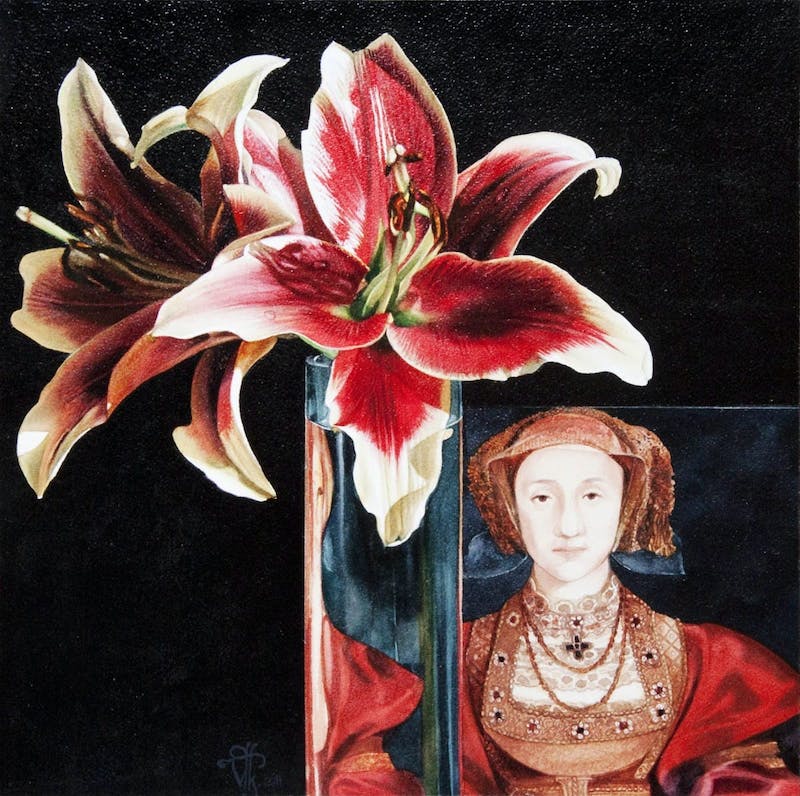 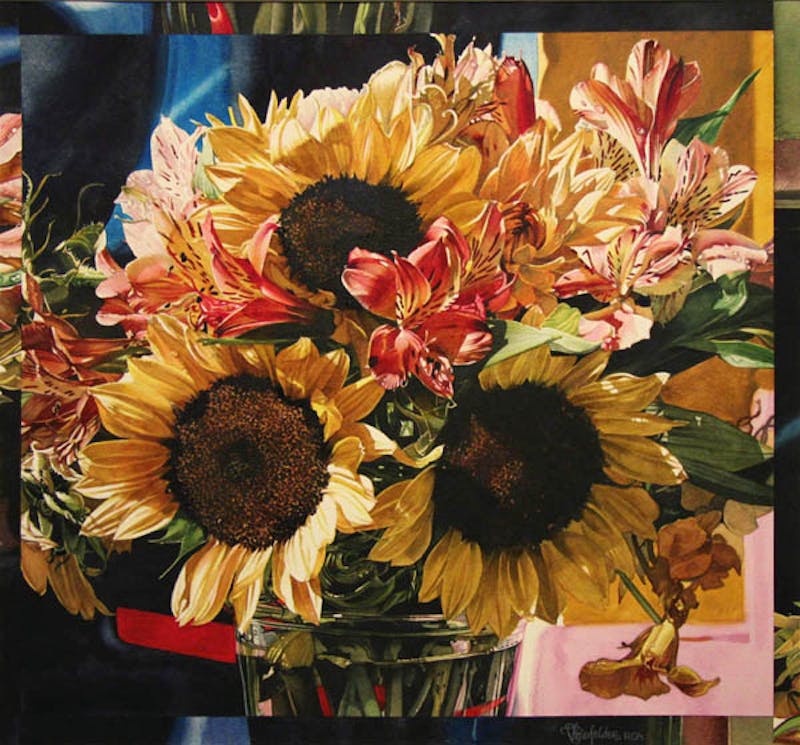 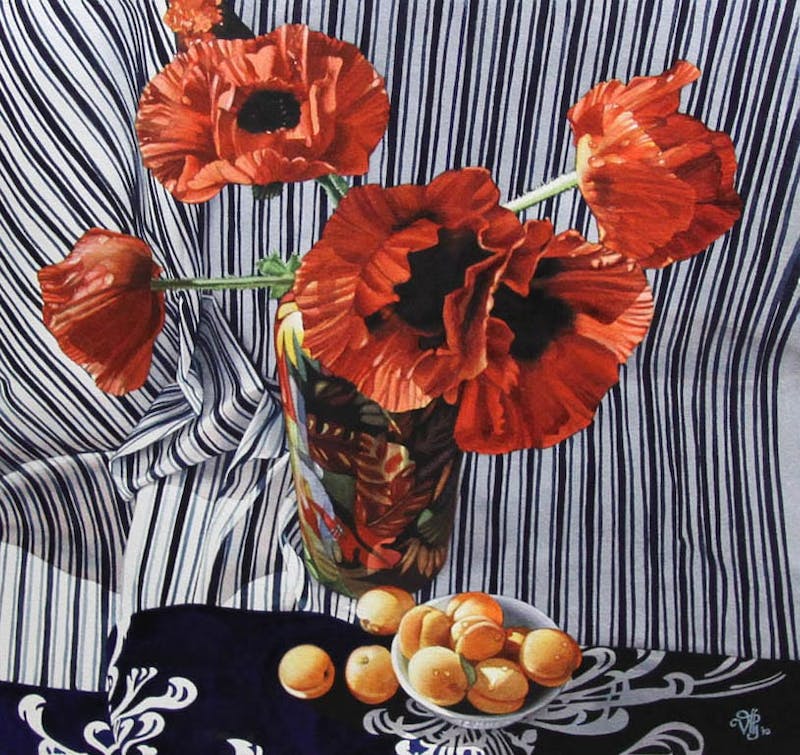