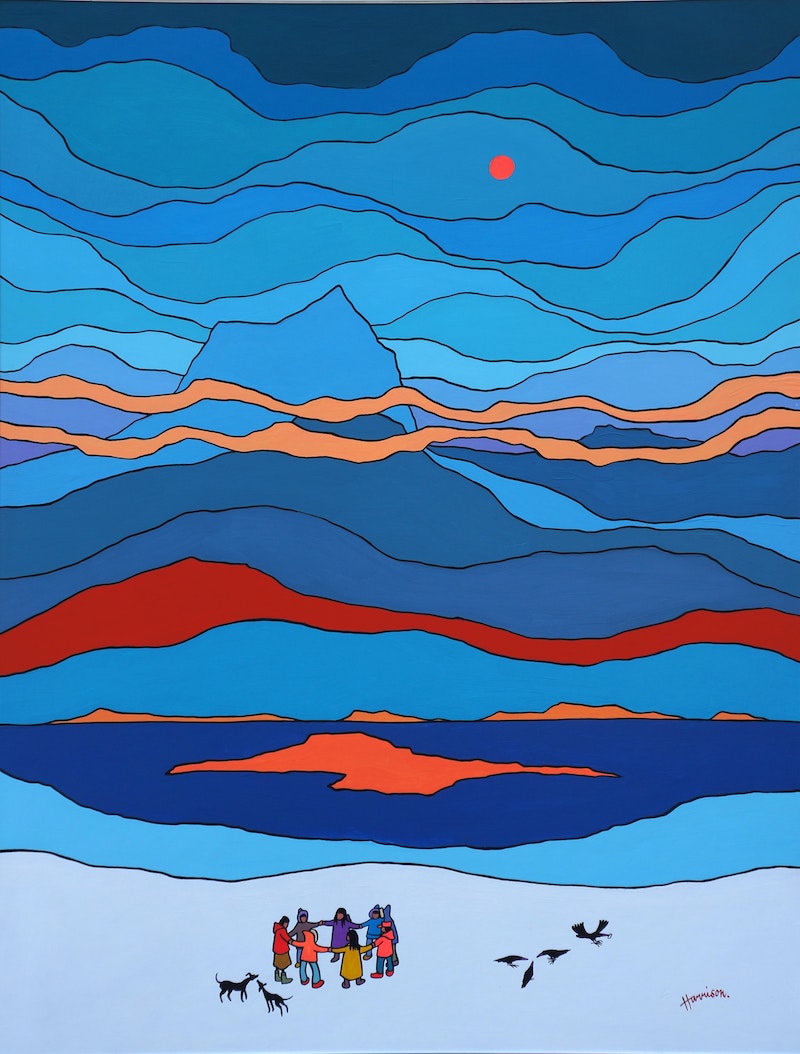 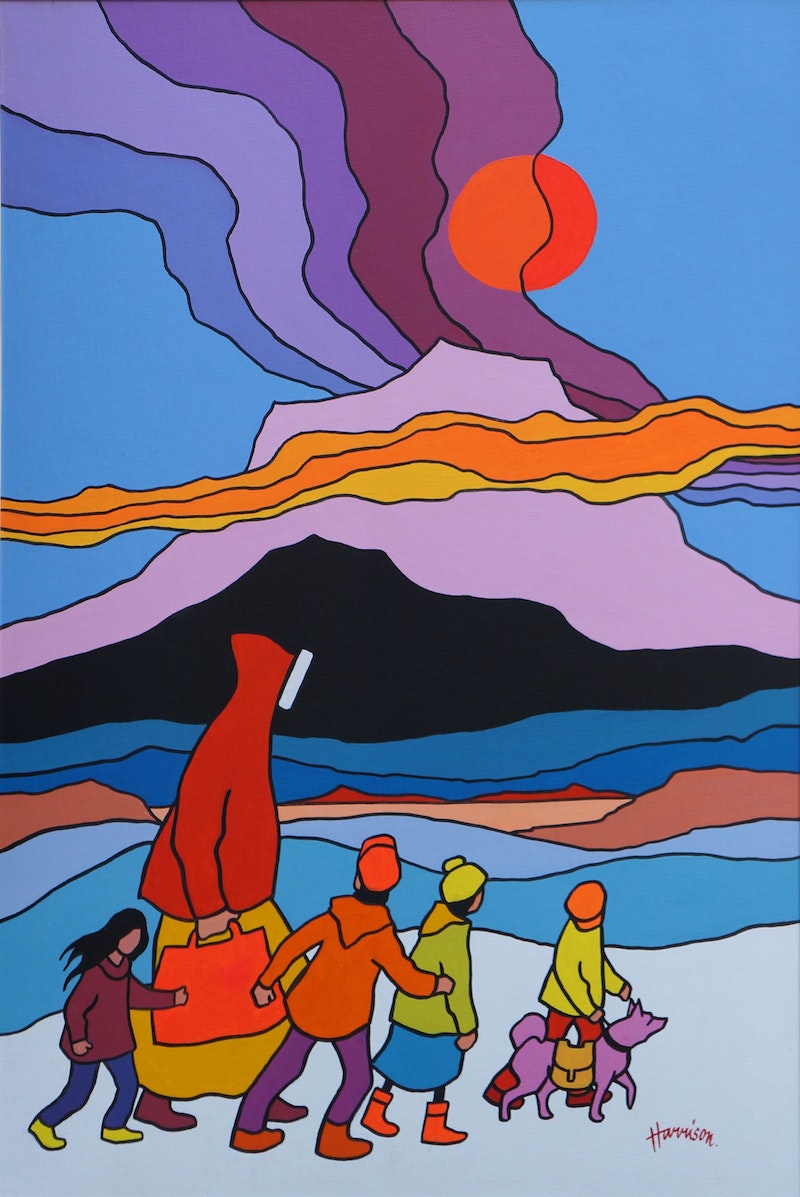 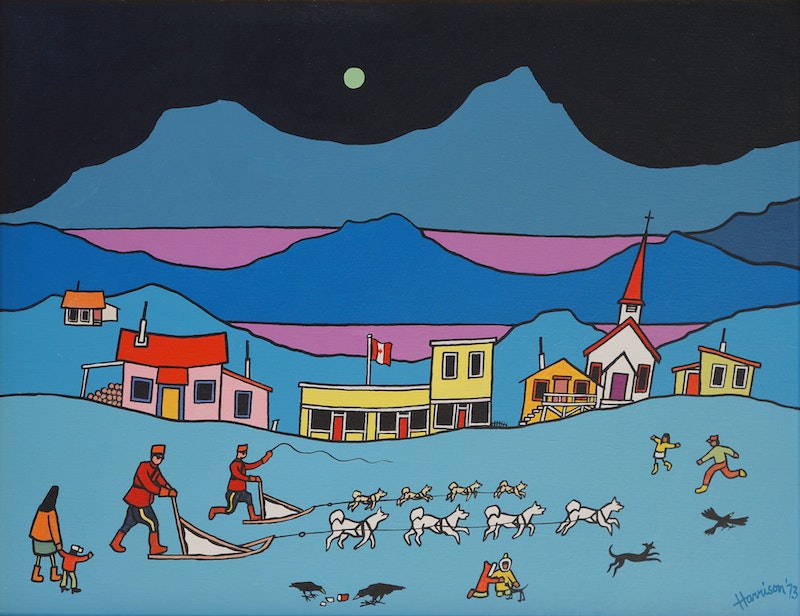 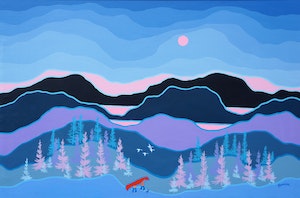 Edward Hardy Harrison was born August 28th, 1926 in the village of Wingate in County Durham, England. His father was a coal miner and his mother a “miner’s wife”. Ted attributes his early interest in art and design to encouragement from his parents, particularly his mother who had an interest in fashion design and photography. In 1943, he enrolled in the West Hartlepool College of Art and began to study art and design in earnest, but like other young men at the time, his education was interrupted by National Service.After the war, he returned to art school and in 1950, received a Diploma of Design. The following year he received a teaching certificate from the University of Durham and began a twenty-eight year career in Education. He taught school in England, Malaysia, New Zealand and finally went to the Yukon in 1967 where he received a job to teach in “the land of the mighty Moose – where weaklings need not apply”. He settled in Carcross and in 1970 moved to Whitehorse where he taught art to secondary school students and adults until 1979. After that time, he began to work as an artist full time. In 1993, he moved to Victoria, British Columbia. Ted Harrison passed away January 16, 2015, at the age of 88, at his home in Victoria. He lived a full life and brightened countless lives. His art will continue to make the world a better place. Ted Harrison was one of Canada’s most popular artists. His love of the land and the people of the Yukon brought him international acclaim. His distinctive style of painting is both colourful and sophisticated, yet retains an innocent charm, and appeals to both young and old alike.

Want to get notifications or exclusive online offers for artwork by Ted Harrison? Add them to your collector profile and let us know what you're looking for. 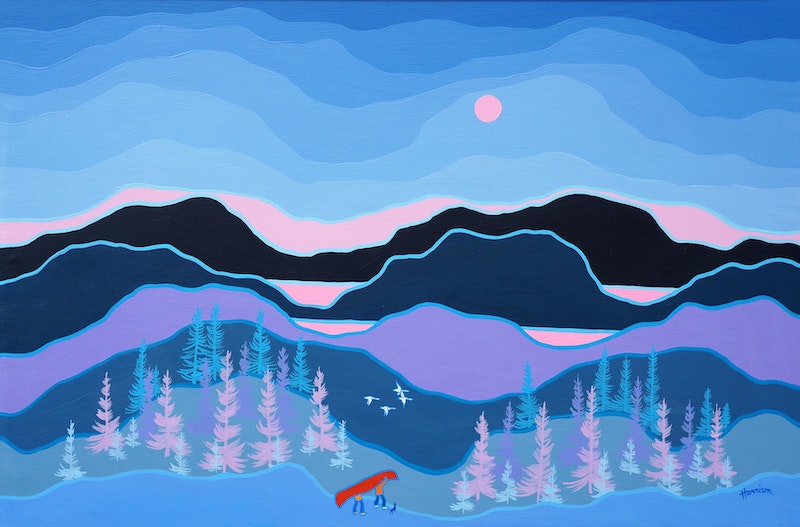 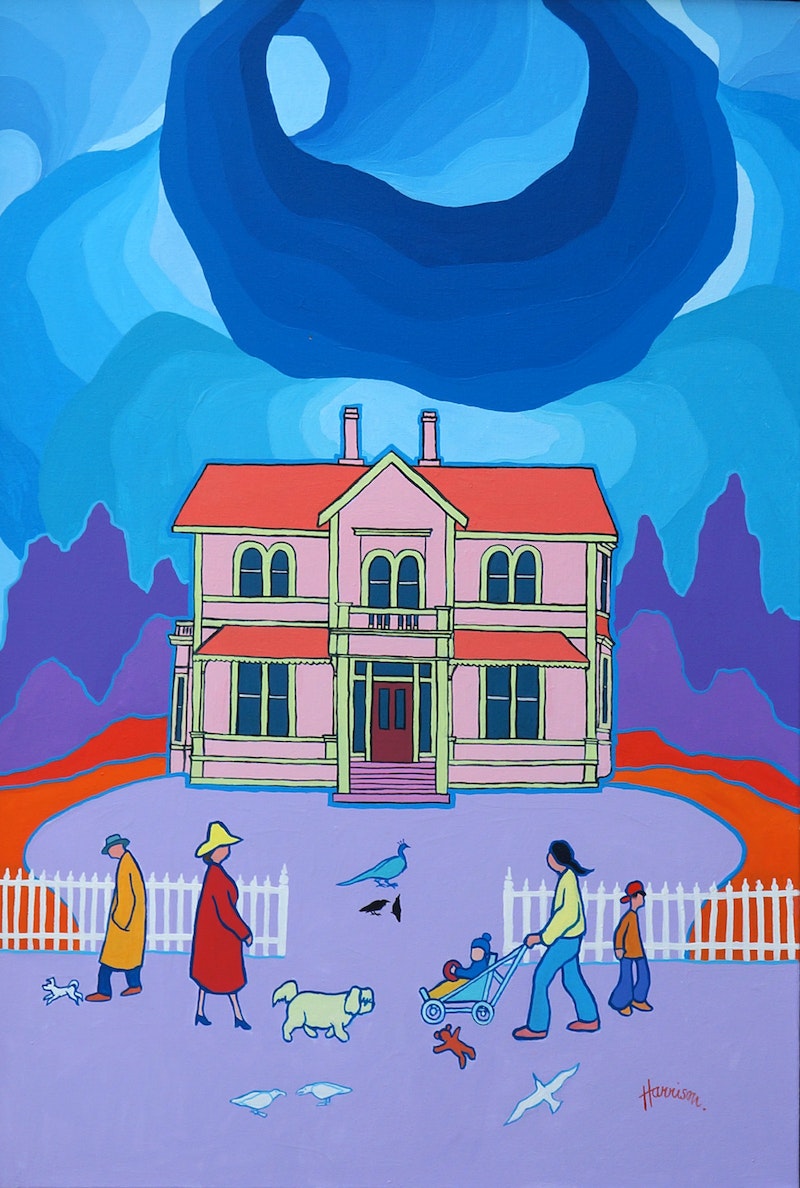 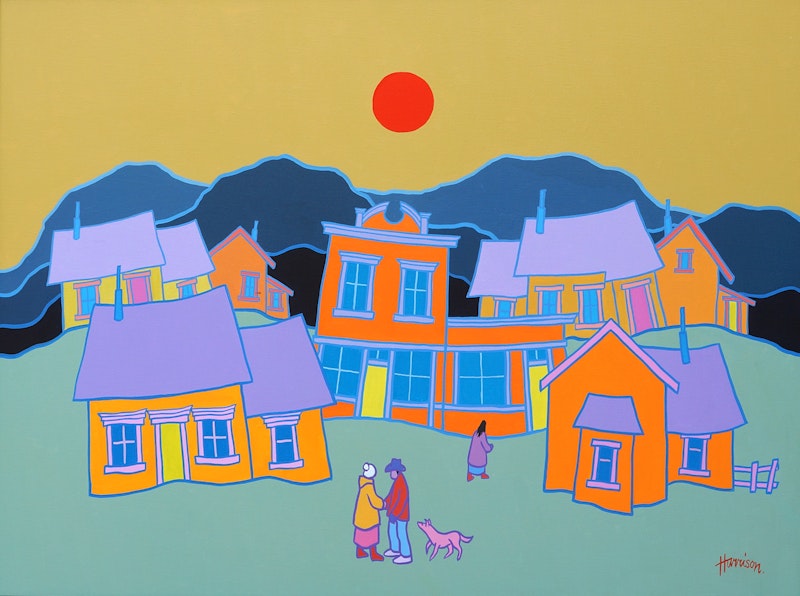 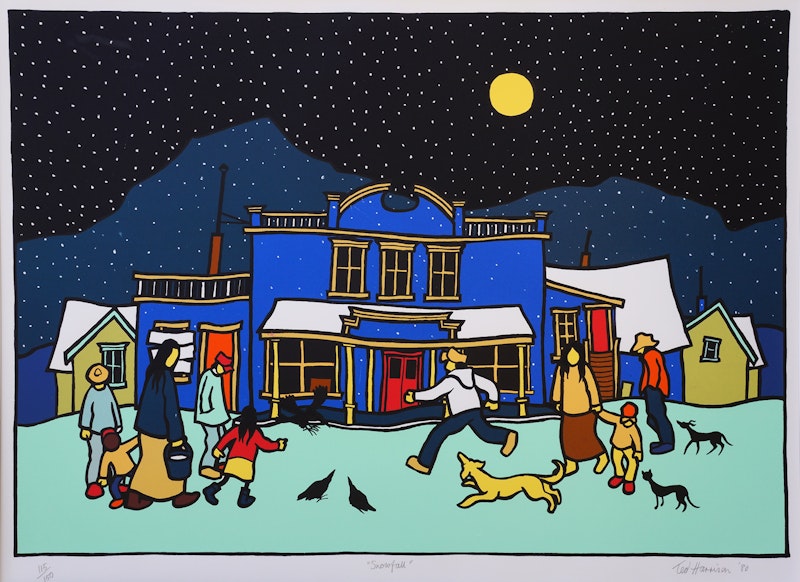 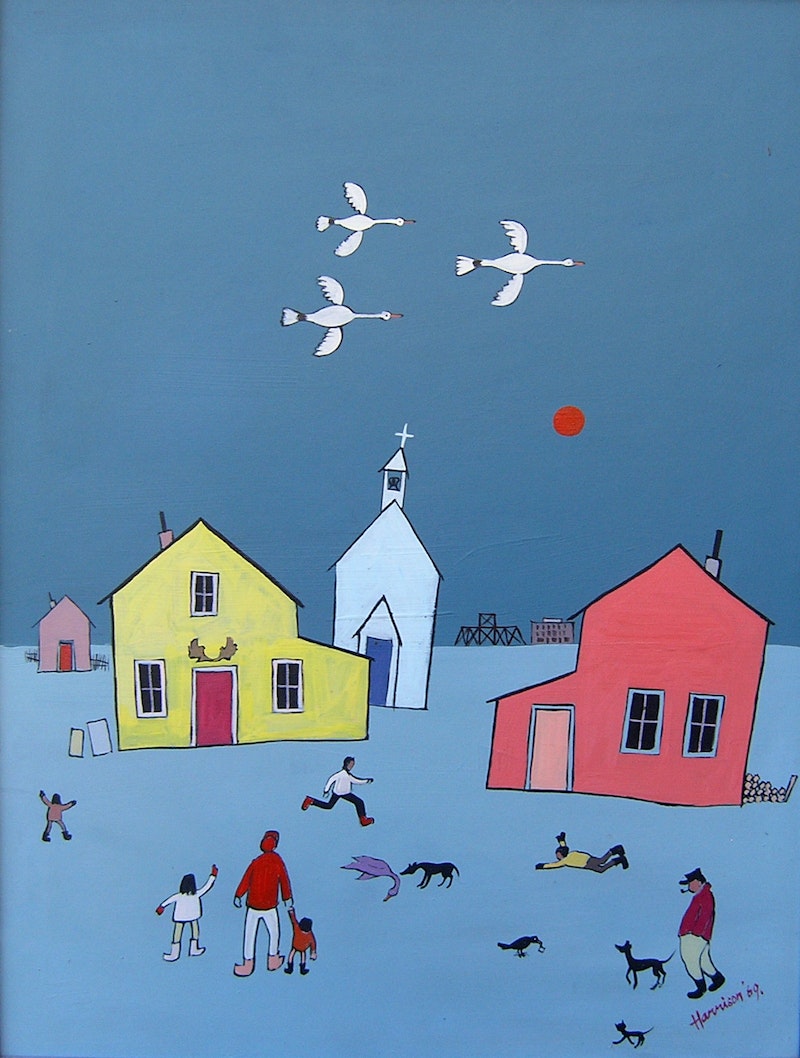 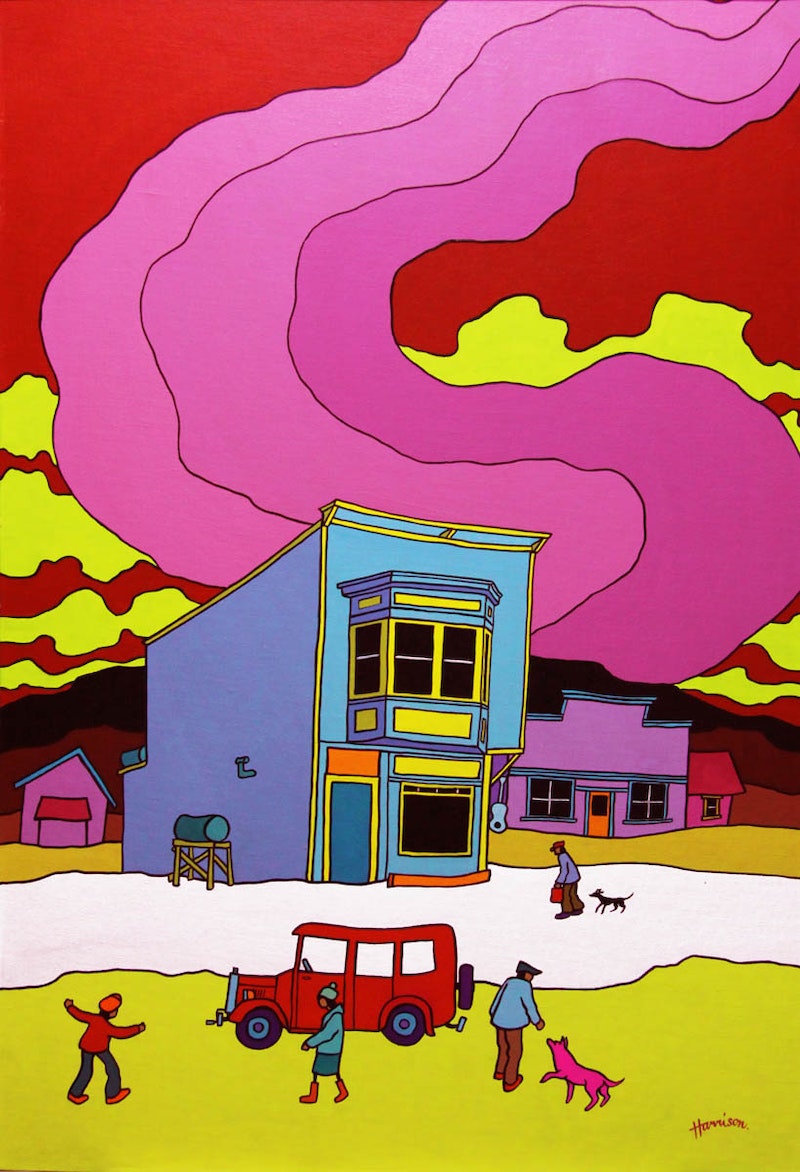