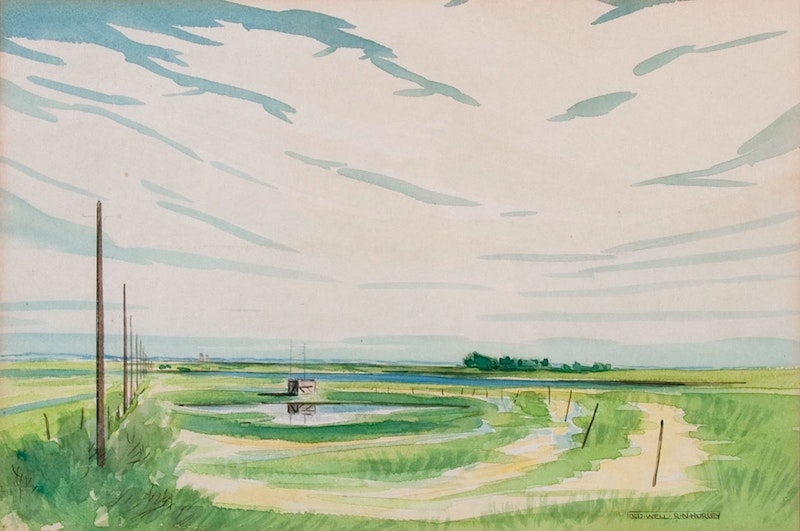 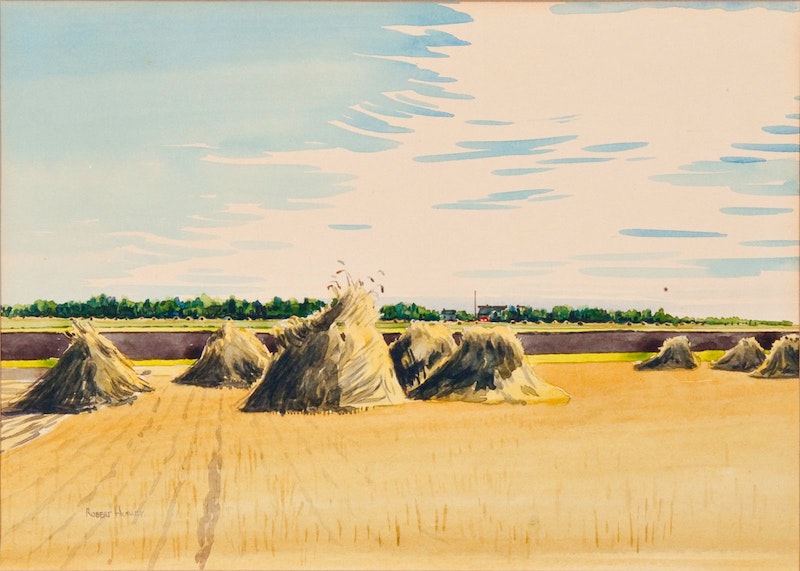 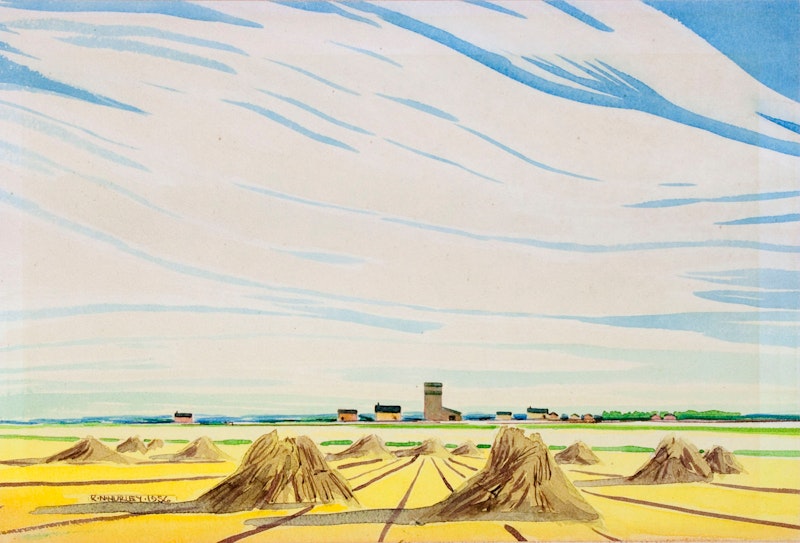 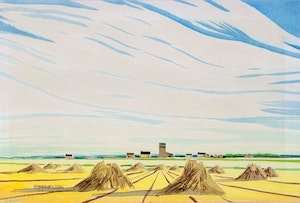 Robert Newton Hurley was born in 1894 in London, England, where he trained as an apprentice printer-compositor until his mid 20s. He had no formal training in the arts – his only experience with art being frequent trips to the museums and galleries of London as a young man. During and after WWI he served in the Suffolk Regiment (1917-1920), then immigrated to Canada in 1923 before he settled in Saskatoon in 1930. Unemployed at the age of forty during the depression, Hurley began to paint with berry juices and a toothbrush. From 1933-35 he took night classes from established artist Ernest Lindner and quickly became well known in Saskatchewan and other parts of Canada for his treatment of the prairie landscape. His first showing was at a 1935 exhibition in Winnipeg with the Manitoba Society of Artists. Hurley focused primarily on prairie landscapes and paid particular attention to subjects such as grain elevators, receding roads, and telephone poles. His romantic use of colour and stylized objects became his trademark. He also painted still lifes, portraits, and in an experimental phase he began to produce works that he called “Hurleyniks,” using everyday objects such as string, cardboard and lace that had been pressed into paint and transferred to paper creating images of fish, birds and other objects. His work has been exhibited and collected across Canada appearing, for instance, in 1971 at the National Gallery of Canada exhibition entitled Watercolour Painters from Saskatchewan. Hurley received an honourary degree from the University of Regina. He remained in Saskatchewan until retiring to Victoria, British Columbia in 1963 where he remained until his death in 1980.

Want to get notifications or exclusive online offers for artwork by Robert N. Hurley? Add them to your collector profile and let us know what you're looking for. 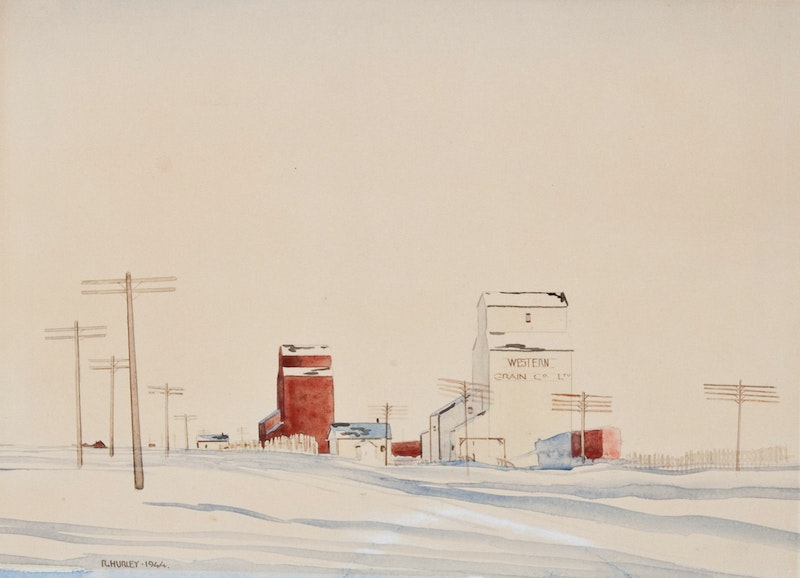 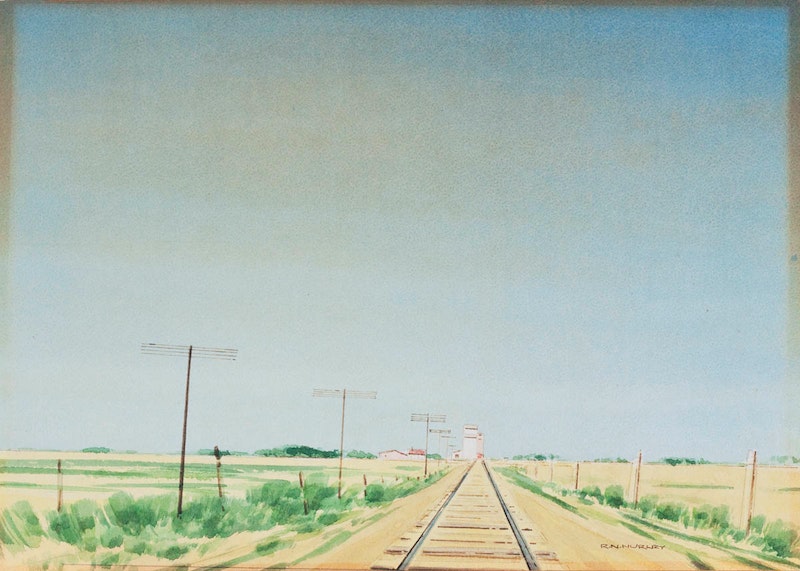 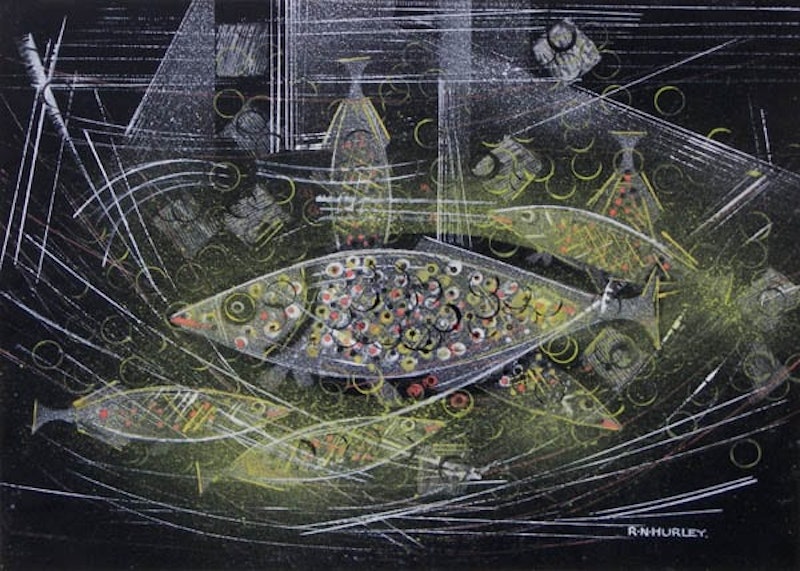 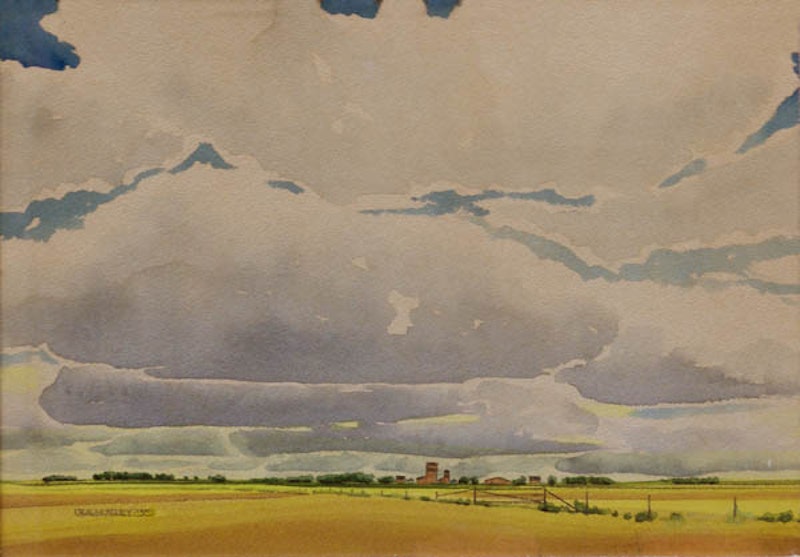 Late Summer in the Prairies 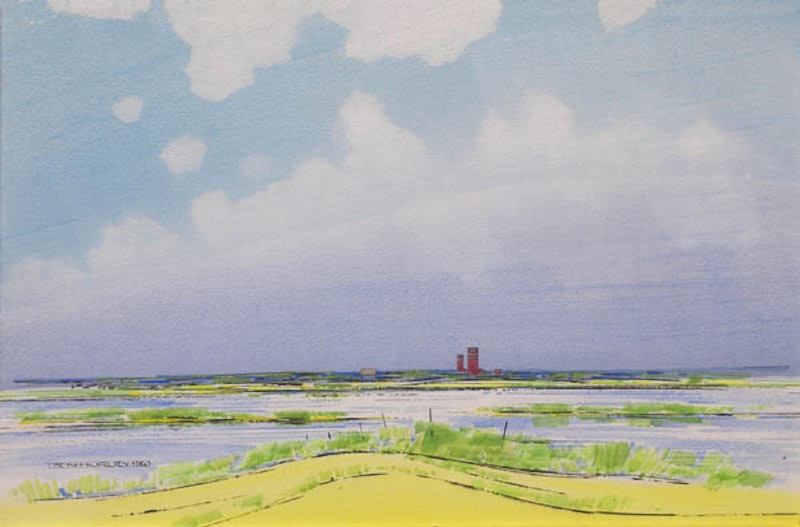 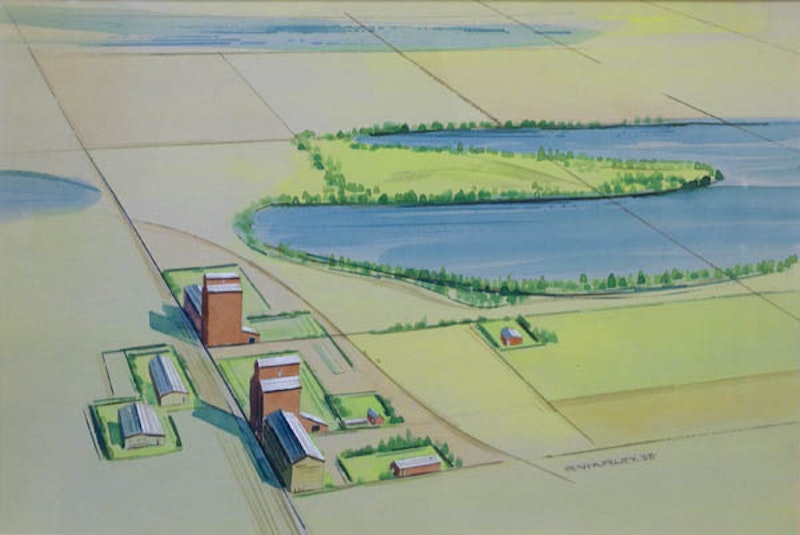