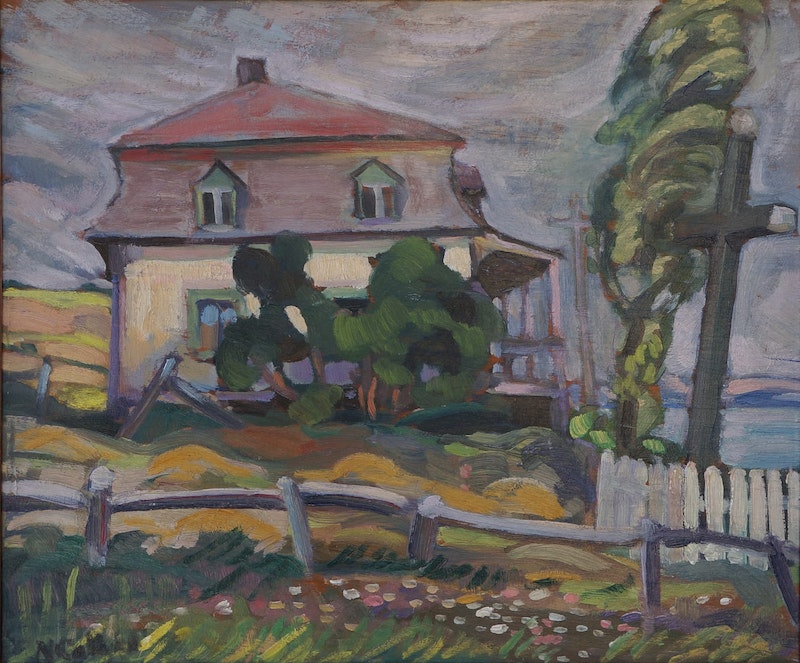 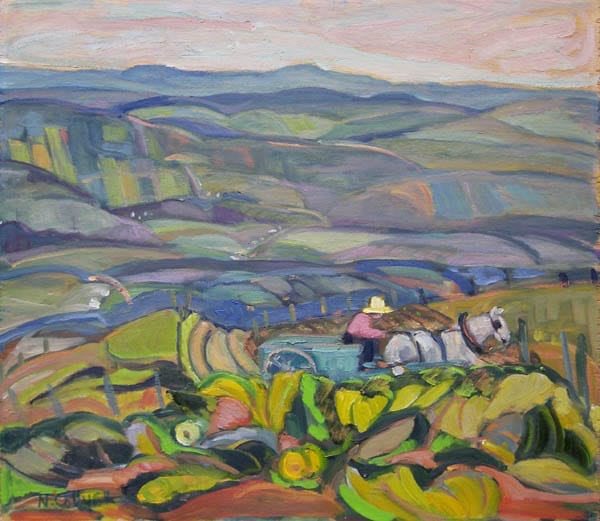 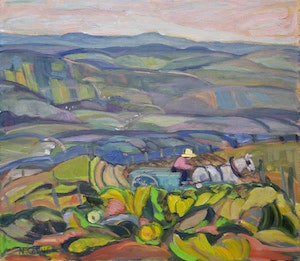 Nora Collyer was born in Montreal. She studied at the Art Association of Montreal, one of the few art institutions that admitted female students at the time. The school was directed by RCA president, William Brymner. At the AAM (which later became the Montreal Museum of Fine Art), she received professional instruction from Brymner and landscape artist, Maurice Cullen. In 1921 she joined fellow AAM graduates at their studio at 305 Beaver Hill Hall. This association of artists called themselves the Beaver Hall Group. The three story house offered the artists inexpensive studio space and A large room on the ground floor, which served as their exhibition gallery. Nora shared a studio in fellow AAM colleague, Anne Savage. The group was connected with the Group of Seven through A.Y.Jackson, who was a member of both groups and they were invited to exhibit together. The group had disbanded after only two years, but the women in the group continued to associate together. In the years that followed, Nora taught drawing at Trafalgar School and at the AAM with Sarah Robertson. She participated in the Spring Exhibitions of the AAM from 1919 to 1955. Her choice of subject matter included portraits, still life and landscapes portrayed in different seasons of the year. She also exhibited with the RCA from 1922 to 1942 and with the Canadian Group of Painters. She held solo exhibitions at the Dominion Gallery (1946) and at the Walter Klinkhoff Gallery (1964). Nora Collyer was a member of the Federation of Canadian Artists. The women of the Beaver Hall Group were honoured with an exhibition of  their work at the National Gallery of Canada in 1967. Nora Collyer died in Montreal at the age of 81.

Want to get notifications or exclusive online offers for artwork by Nora Collyer? Add them to your collector profile and let us know what you're looking for. 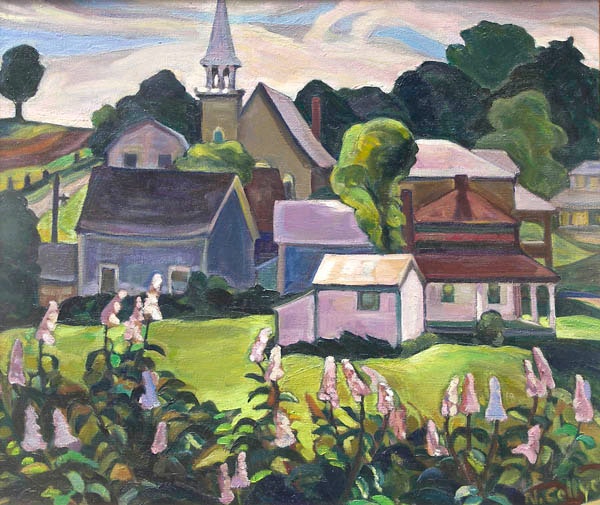