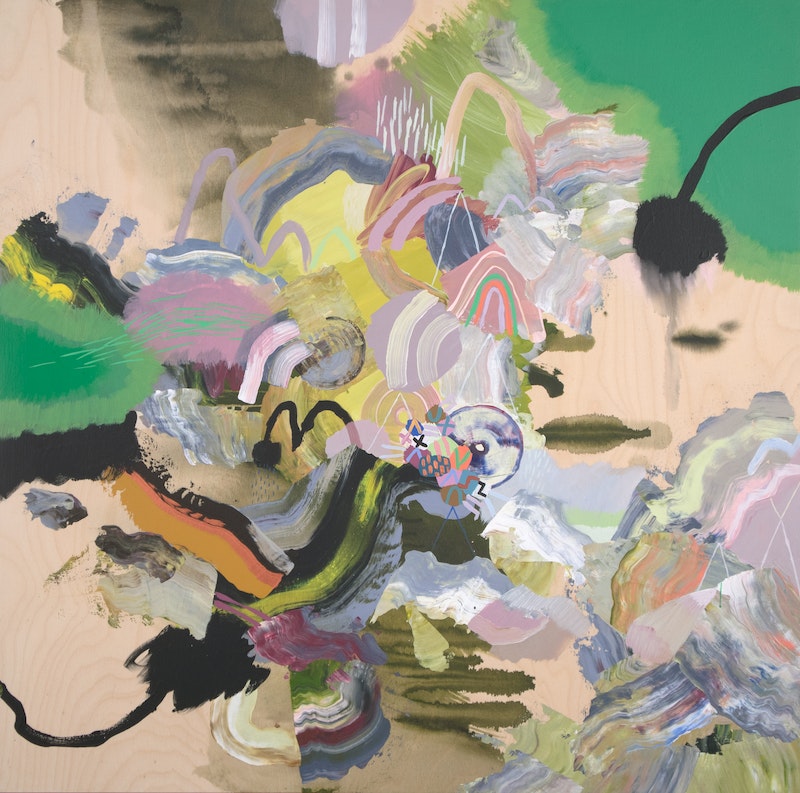 Come To Your Senses 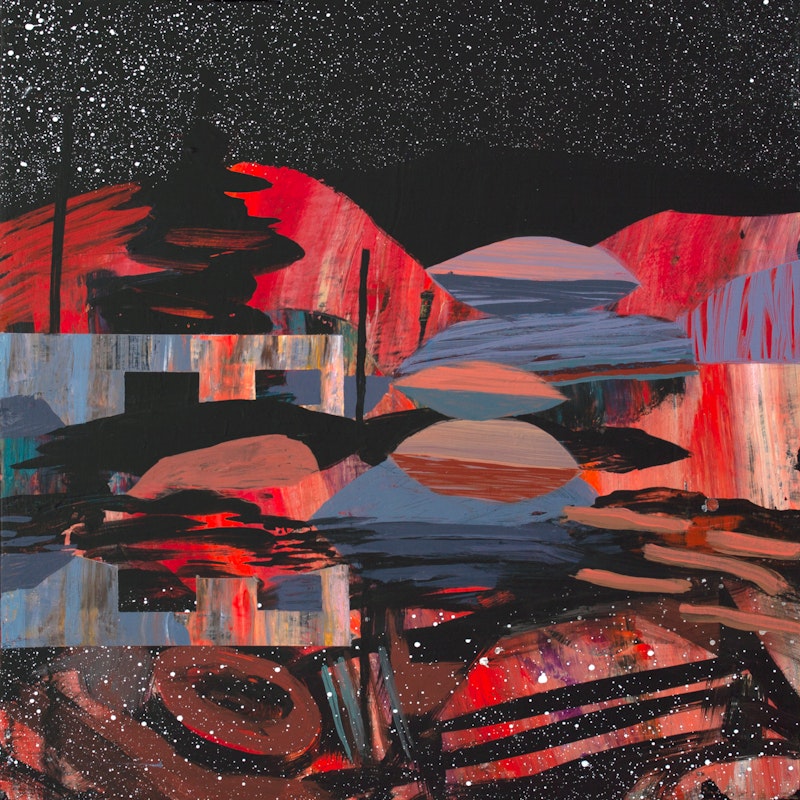 You Can See Orion From Here 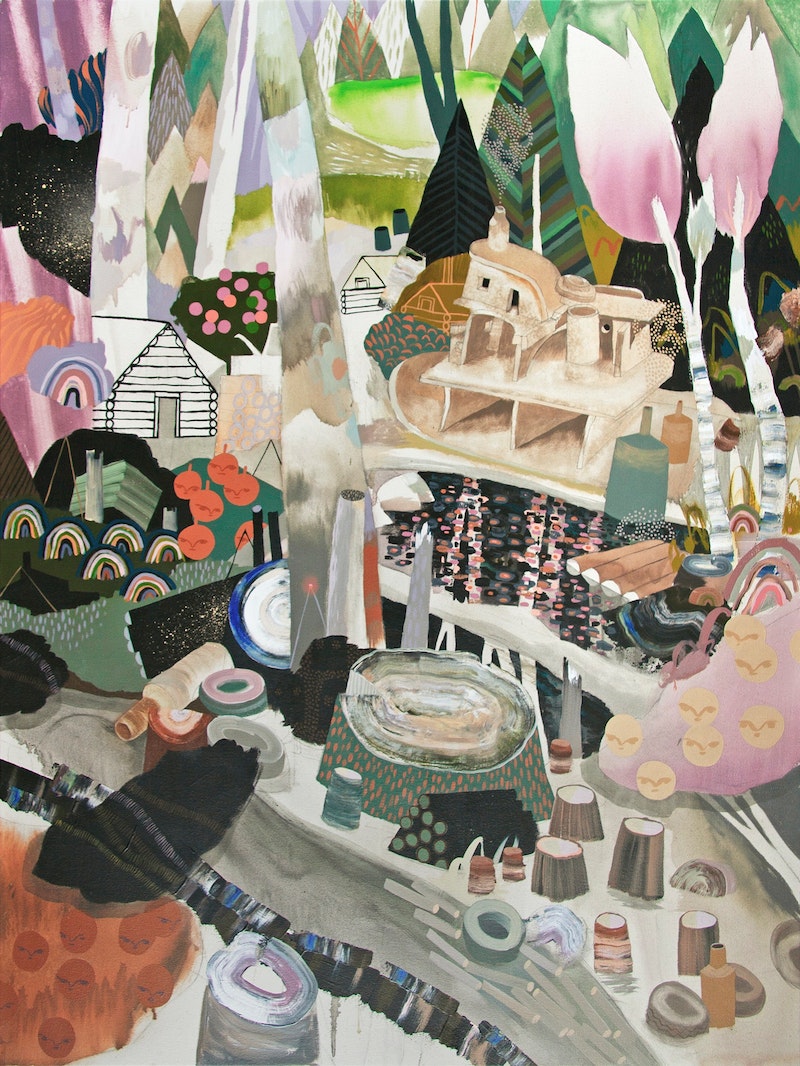 Awake In The Woods 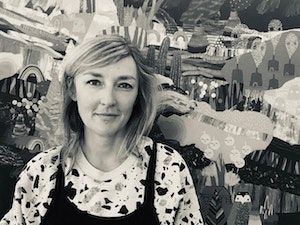 Meghan Hildebrand is originally from Whitehorse, Yukon. She went on to study art at the Kootenay School of Art in Nelson, BC, followed by studies at Nova Scotia College of Art and Design in Halifax, NS.

With dreamlike explorations of real and imagined landscapes, Meghan Hildebrand’s paintings invite the viewer to get lost in worlds with few boundaries. The painting process is a key part of her work; colours and forms are built up intuitively, and the element of chance, through experimentation and spontaneous mark-making, lend raw energy to the paintings.  These unexpected breakthroughs keep Hildebrand in a constant process of reinvention, and her work ever-changing.

The artworks in Meghan’s 2019 exhibition, “Ship in the Woods” are dominated by two symbols. According to the artist, the first is a technological achievement that broadened the reach and scope of the human species: the floating vessel capable of crossing vast oceans. The second, a site of wonder and mystery, abundant with natural resources and proliferating life: the wildernesses into which seafarers and assorted stragglers have ventured over the centuries. Yet what we find in these works is not a glorious evocation of the grand visions and triumphant conquests of the pioneers of human exploration. Instead, we enter a post-historical, post-human realm where the grand narratives of human history have long since vanished into the ocean of oblivion, leaving behind mere relics washed ashore, abandoned, or transformed into playthings for the same kind of miraculous beings populating Prospero’s enchanted isle in Shakespeare’s “The Tempest”.  (contributed by Gordon Young)

According to Meghan “I love my small town streets, the fading facades and how sunset lights
up shop windows, redirecting shadows and illuminating hidden passages.
I love the forest and mountains that lurk beyond our backyards,
sheltering a multitude of lives and mysteries, and I love the ocean at
my feet, with its ever-changing moods and colours.  With my paintings,
I try to explode these sensations of wonder, beyond representation of
the actual thing or place. I bring in graphic devices that flip the
perspective from day into night or from above to below, and use the
delineation between shapes to frame views of possible, simultaneous
realities. I draw from a growing roster of symbolic shapes to add
explanation and narrative to these exploded views. Triangles can
represent trees or tents. Bottle shapes imitate towers or smokestacks.
Anthropomorphized forms represent feelings or community, returning the
gaze of the viewer.”

“Meghan is very much aware of the structure of painting in terms of
space and colour, moving with confidence between the abstraction of
surface and the illusion of depth embodied in the work to serve the
lively content. She accomplishes this with fresh innovations for each
work, and although her presence in undeniable, there is no sense of
mere repetition but rather continuous expansion of symbolic ideas.”

Meghan has had over forty solo shows, including a retrospective survey at the Yukon Arts Centre 2012 and a solo show in Manila, Philippines in 2020. Her work has been acquired by permanent collections including RBC, Aimia, and the Yukon Government and belongs to private collections internationally. She now resides in Powell River, BC.

Want to get notifications or exclusive online offers for artwork by Meghan Hildebrand? Add them to your collector profile and let us know what you're looking for. 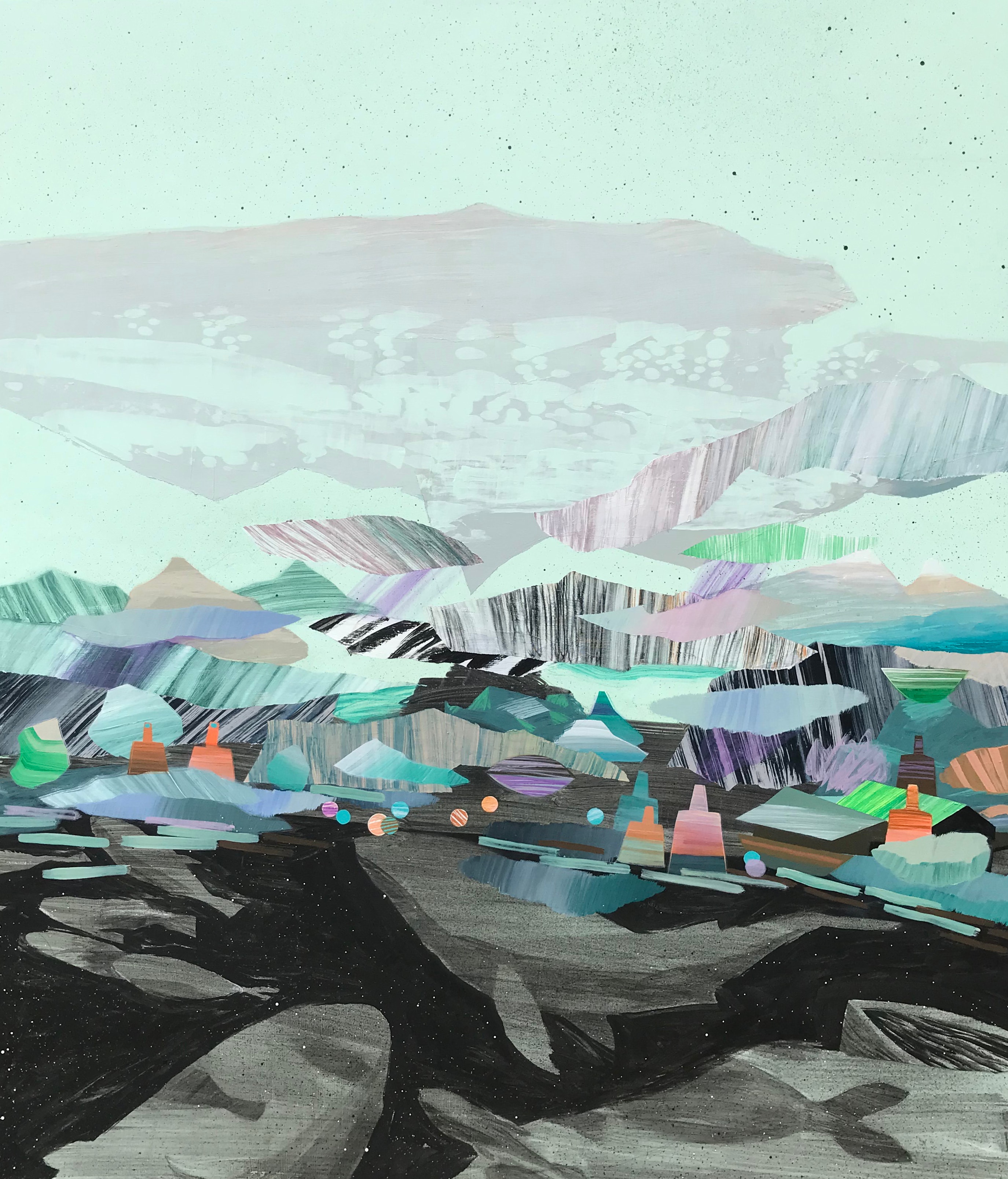 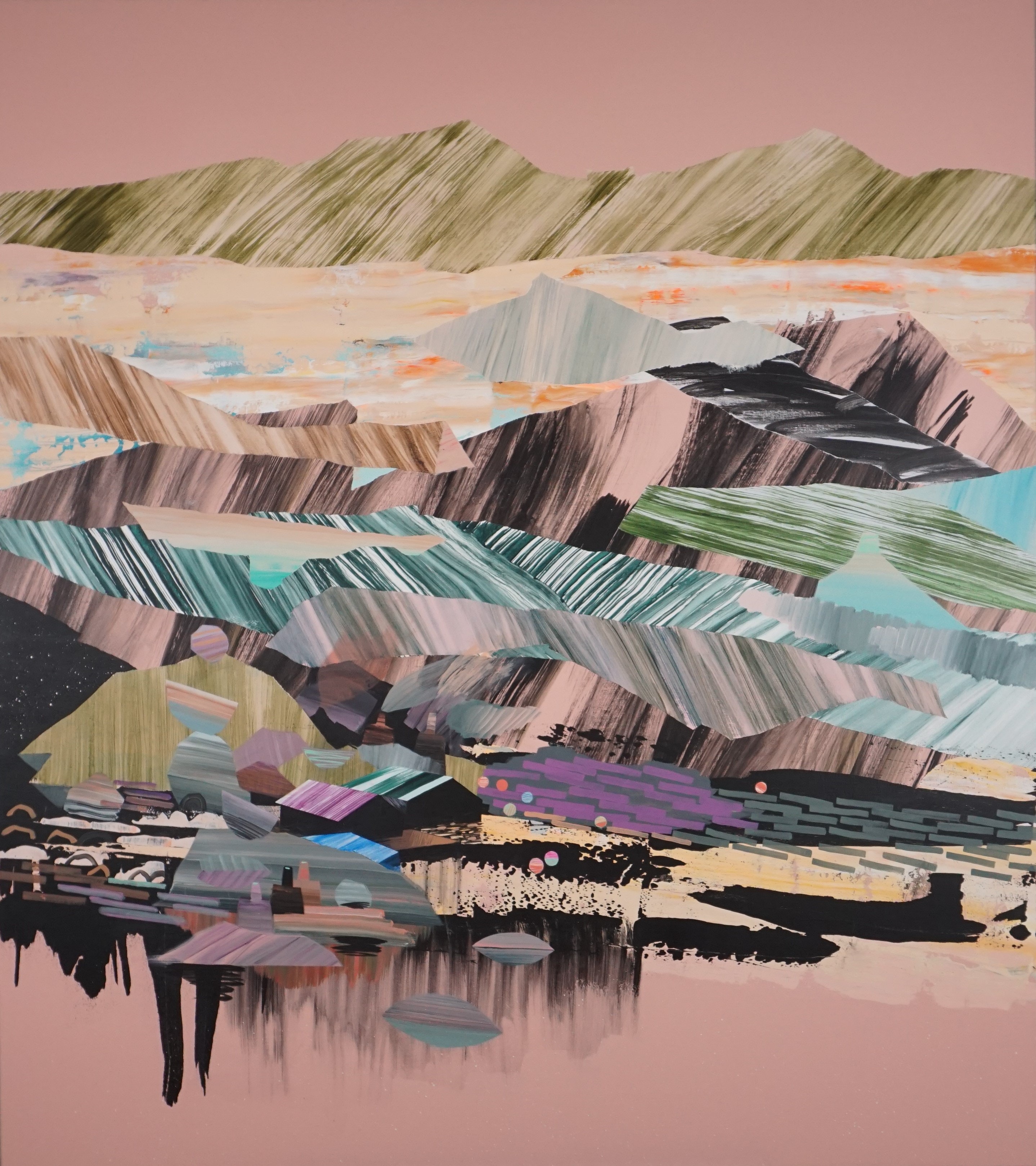 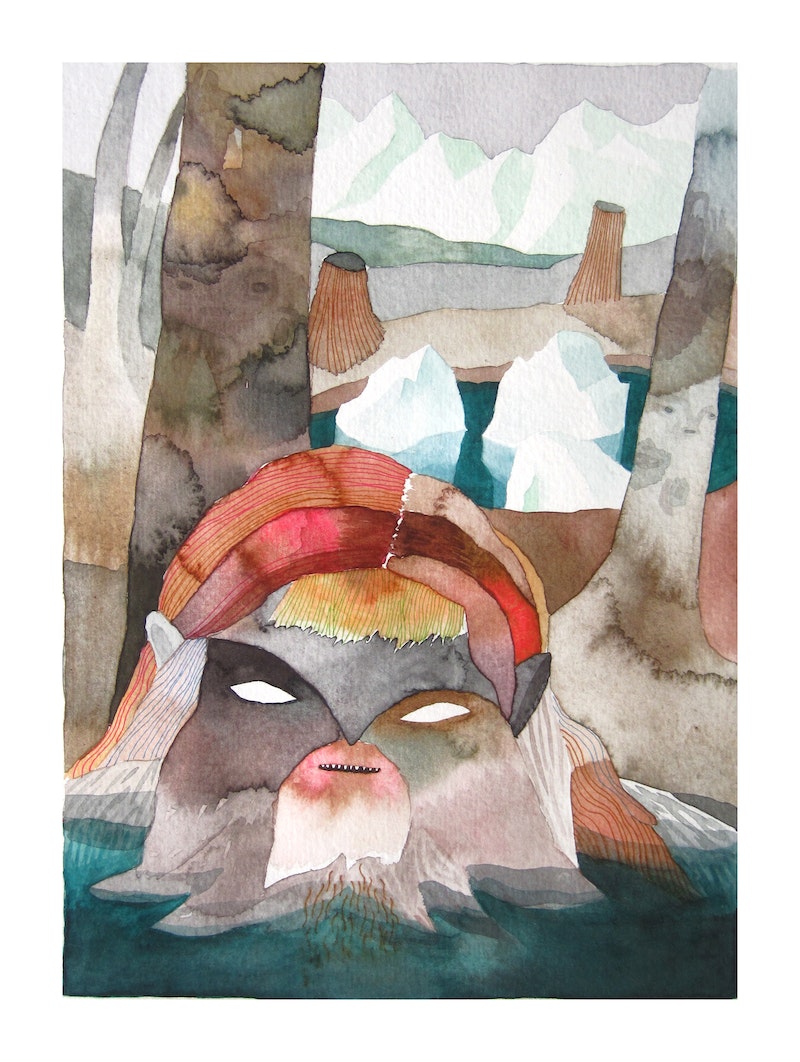 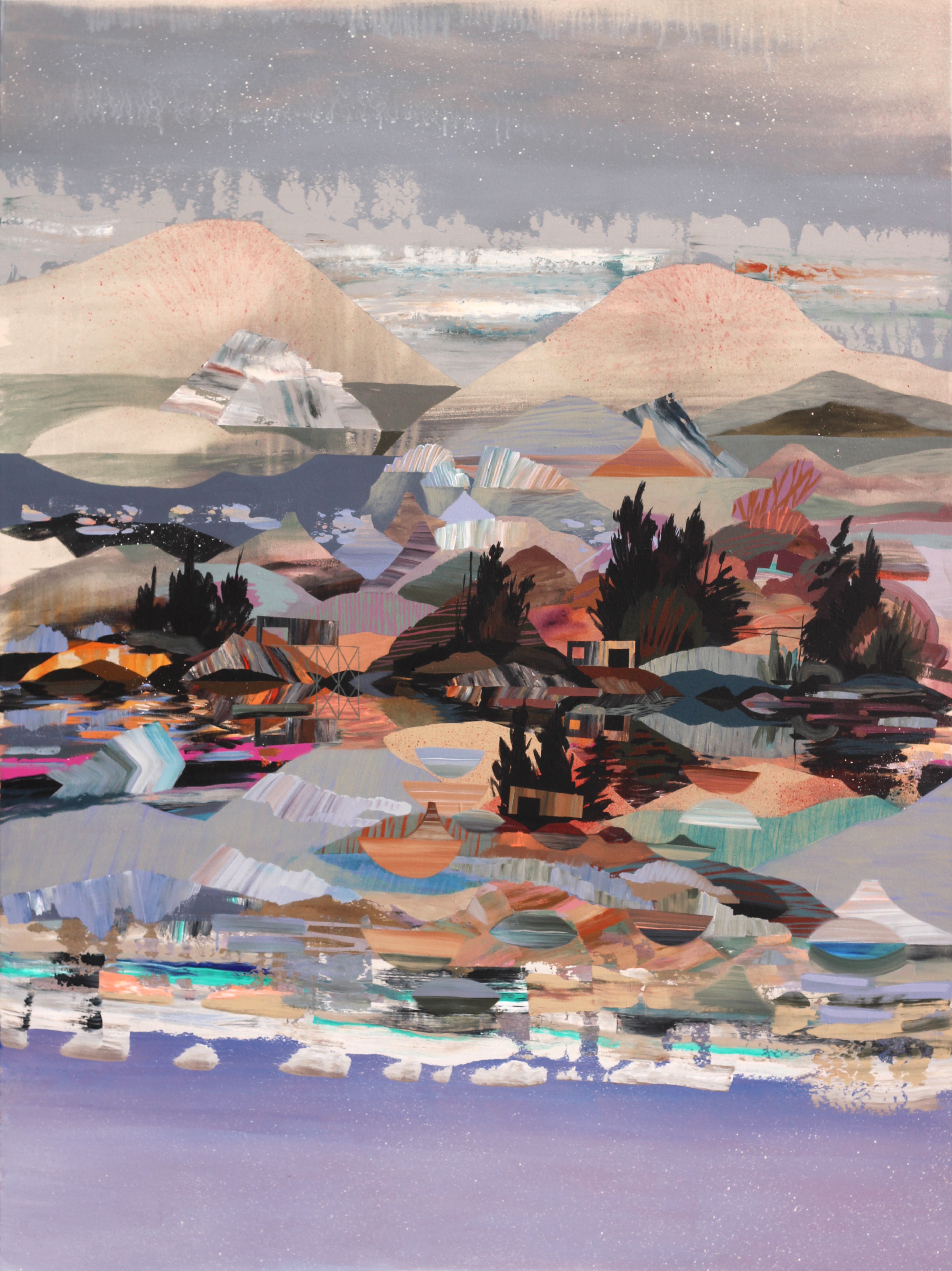 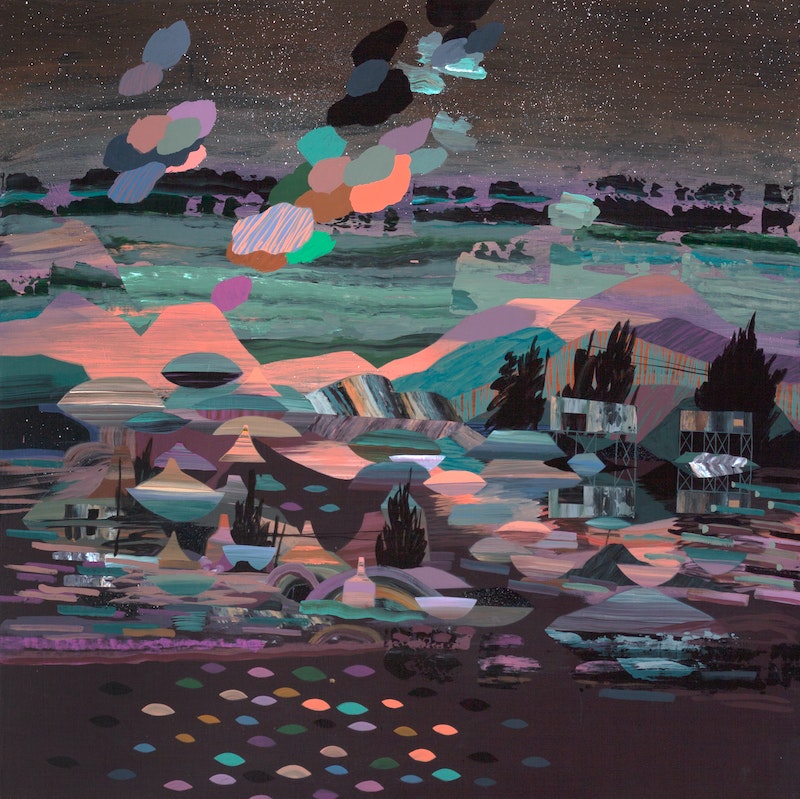 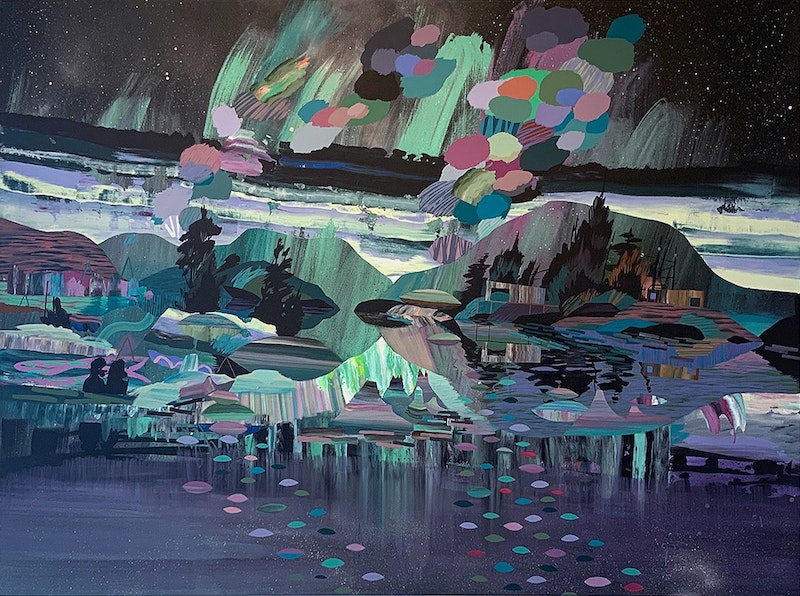