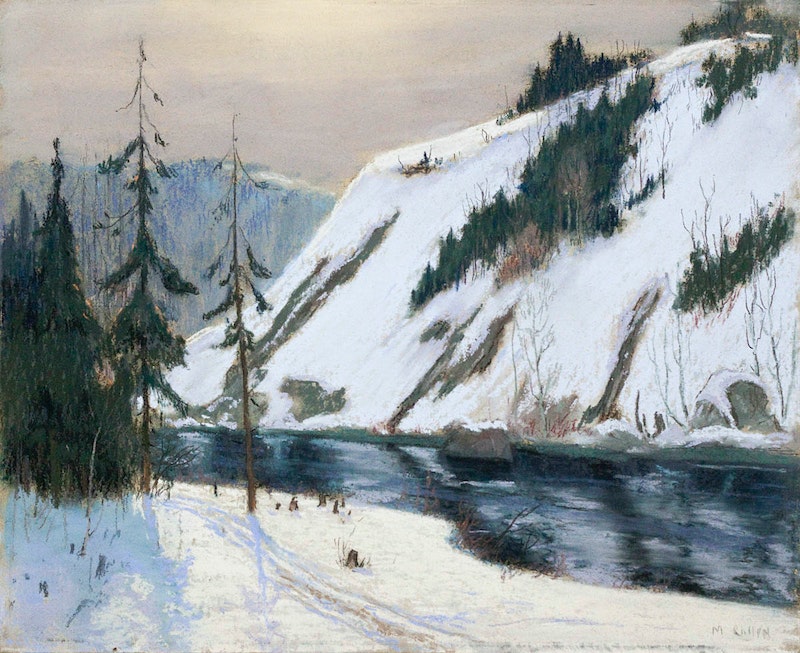 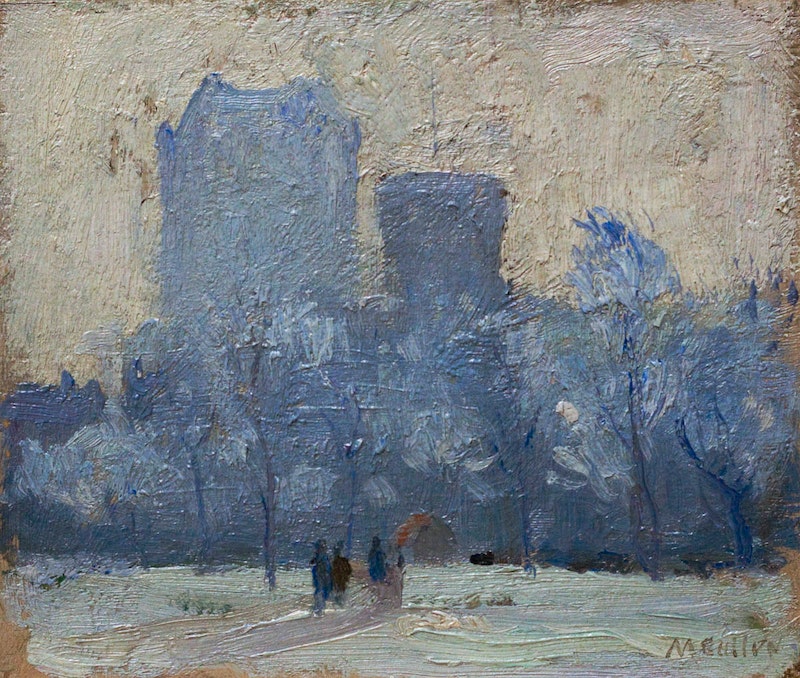 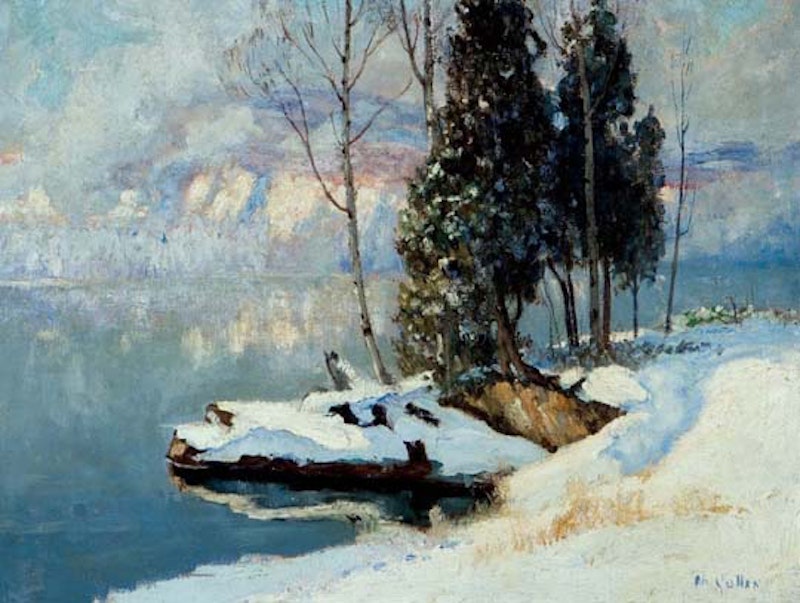 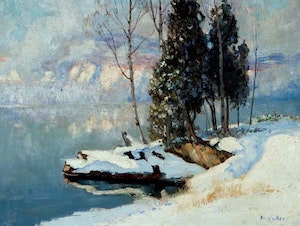 Maurice Cullen was born in St. John’s Newfoundland, 1866. His family moved to Montreal in 1870. He studied sculpture at Monument National under Philippe Hebert. The legacy left to him after the death of his mother in 1887 enabled him to travel to Paris and study sculpture at the Ecole des Beaux-Arts. He was tremendously impressed by the work of Claude Monet and other Impressionists which swayed him to become a painter. In 1894 five of his paintings were shown at the Salon. In 1895 he was elected Associate of the Societe nationale des Beaux-Arts, France. That same year he returned to Montreal where he opened a studio, making sketching trips along the St. Lawrence near Quebec City and Beaupre. By 1897 he was exhibited with the Royal Canadian Academy and participated in Spring Exhibitions of the Art Association of Montreal. At the time there was very little interest in Canadian snow scenes. His lack of success left him undeterred however, and he continued sketching in Montreal and Levis. In 1907 Cullen was elected full member of the Royal Canadian Academy.By the early teens he was exhibiting regularly with the Canadian Art Club in Toronto and in 1918 Cullen went to France as an official war artist with the rank of captain.

Want to get notifications or exclusive online offers for artwork by Maurice Cullen? Add them to your collector profile and let us know what you're looking for. 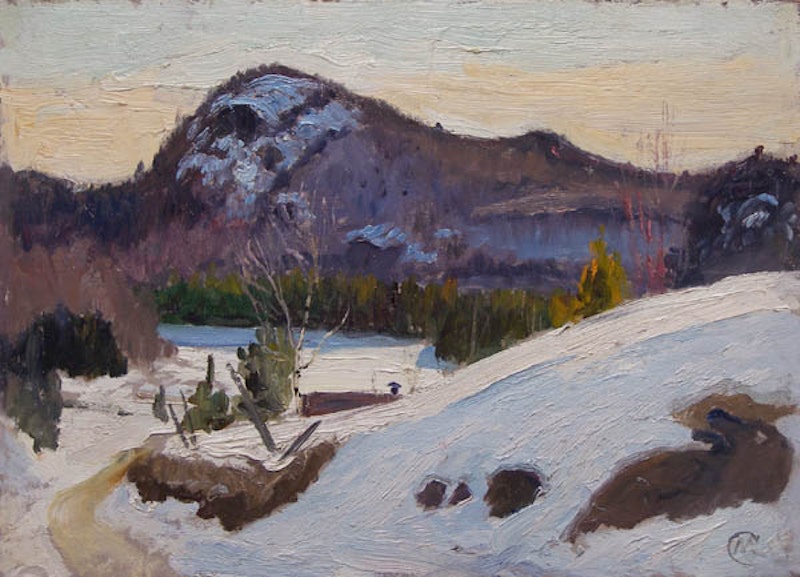 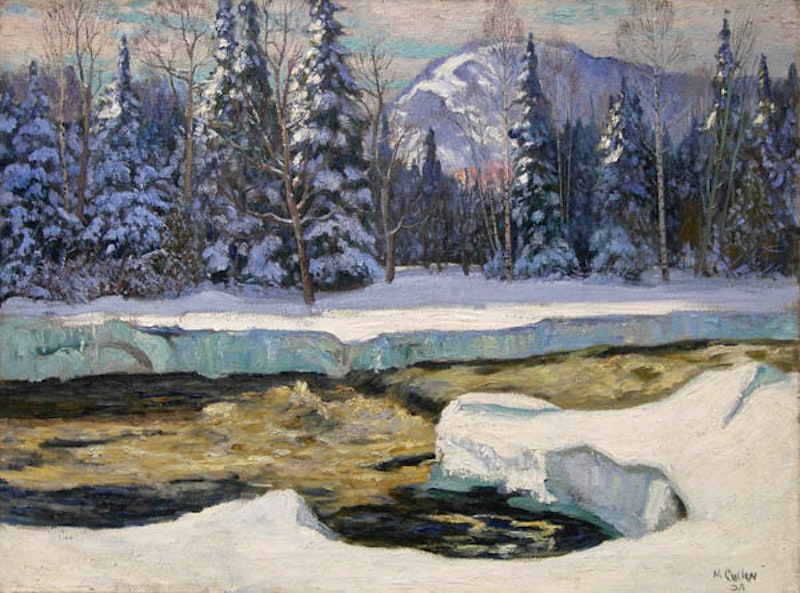 Winter in the Laurentians 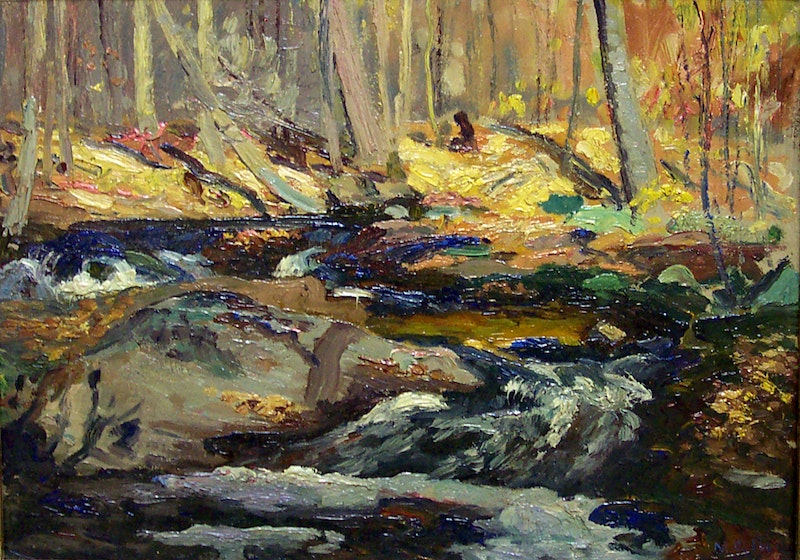