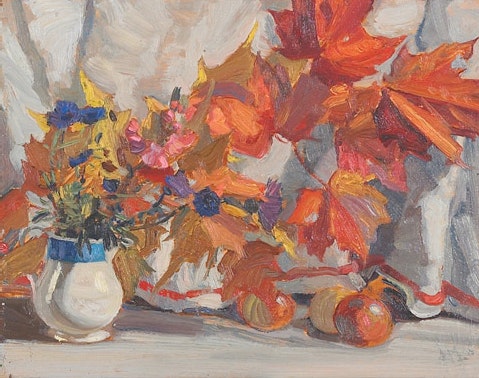 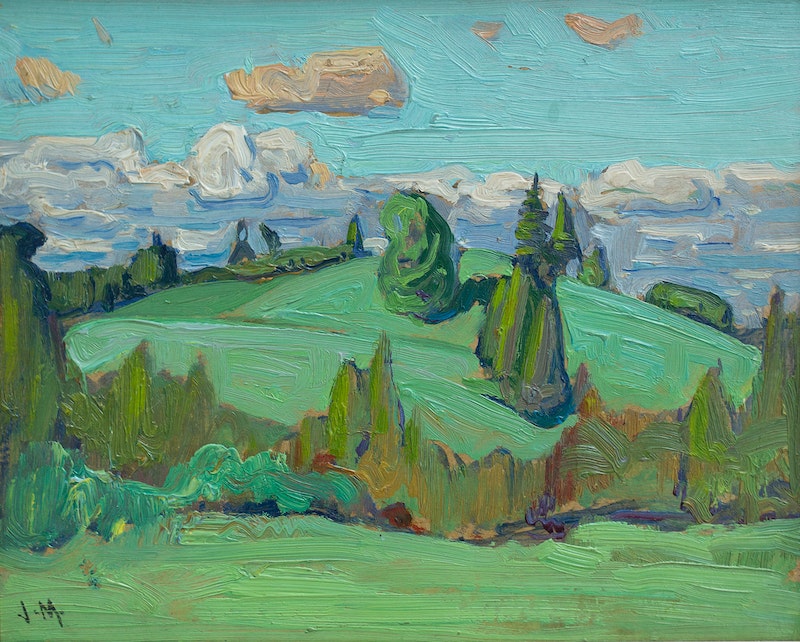 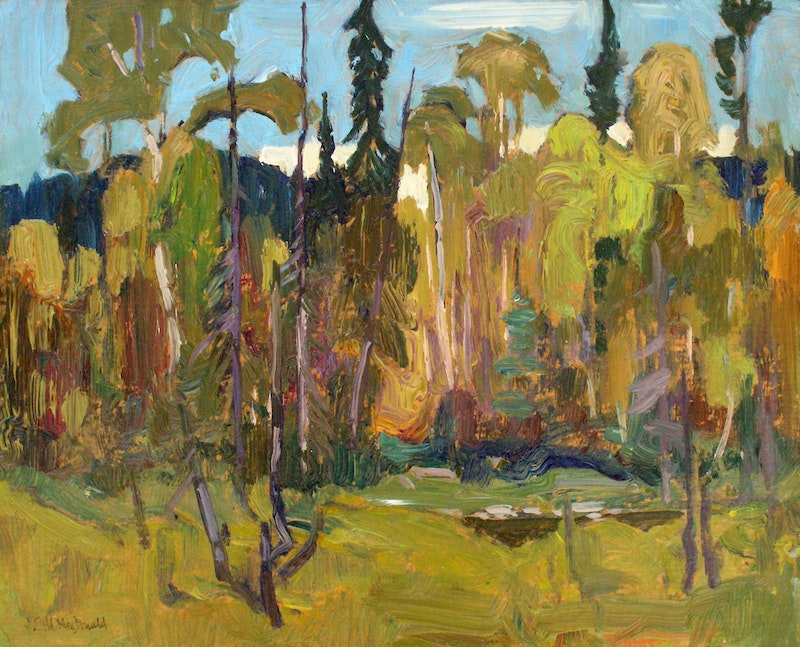 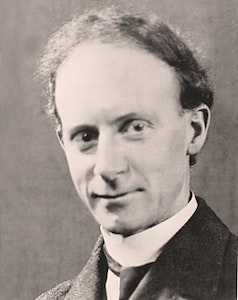 J.E.H. MacDonald is best known as a founding member of the Group of Seven. He was born in Durham England in 1873 of Canadian parents. He took evening art classes at the Hamilton Art School as a teenager, before relocating to Toronto. In Toronto He studied at the Central Ontario School of Art. From 1894 he worked as a graphic designer at Grip Ltd. In 1903, he sailed for England and joined Carlton Studios a London graphic firm. On his return to Canada in 1907 he rejoined Grip and began to paint the landscape near Toronto. Around this time Tom Thomson joined the Grip staff. F.H. Johnston joined a short time later. These artists found they had much in common and began going on sketching trips as a group. In 1910 he exhibited for the first time at the Royal Canadian Academy. By 1912 all the original members of the Group of Seven had met and were regularly sketching together. MacDonald was devastated by the accidental drowning of Tom Thomson in 1917. He designed a brass plaque to Thomson’s memory which was mounted to a cairn erected at Canoe Lake. The first official Group of Seven exhibition took place in May of 1920. MacDonald accepted a teaching position at the Ontario College of Art in 1921 and was appointed as principal in 1929. He continued to go on painting trips but his teaching responsibilities sapped his energies and he did few large canvases during this time. He died in Toronto in 1932.

Want to get notifications or exclusive online offers for artwork by James Edward Hervey MacDonald? Add them to your collector profile and let us know what you're looking for. 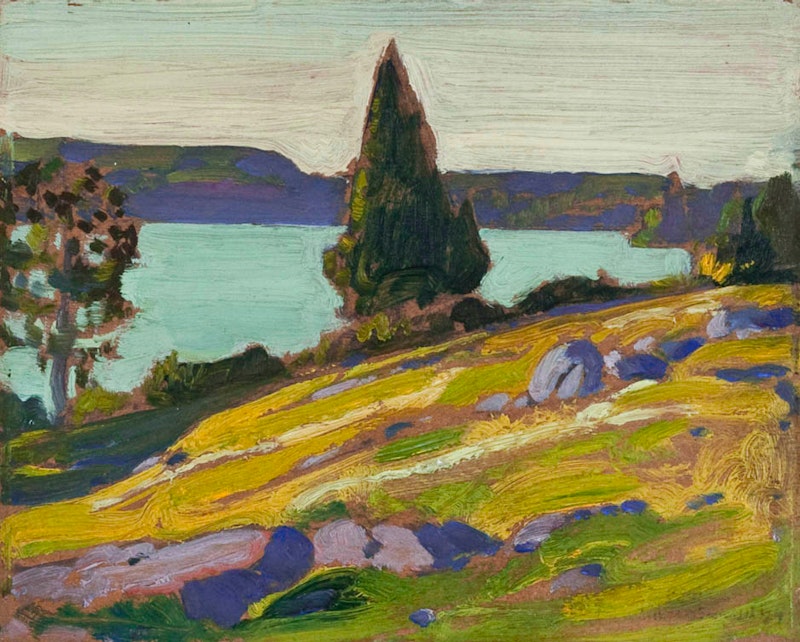 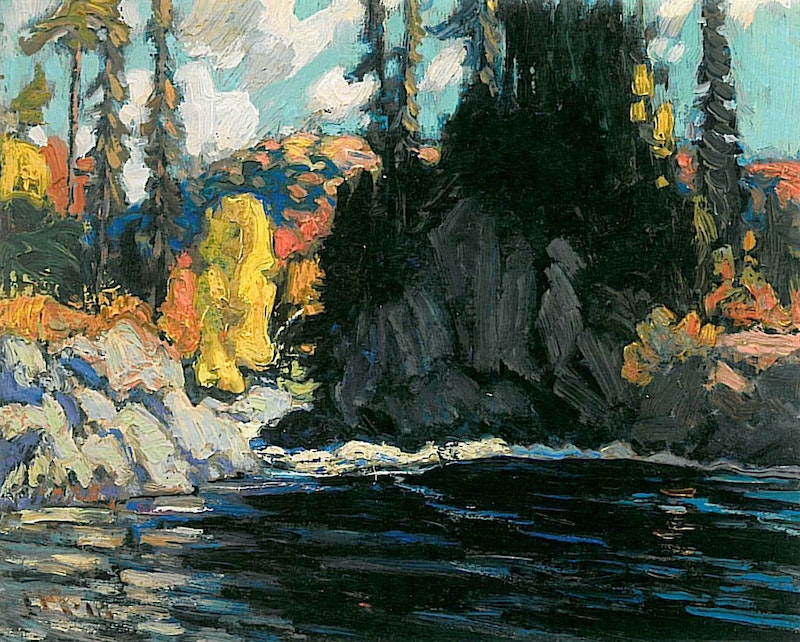 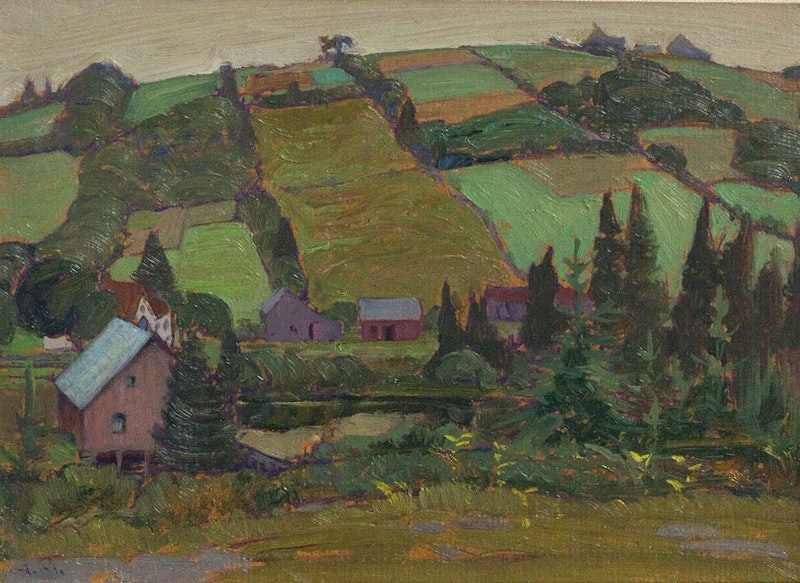 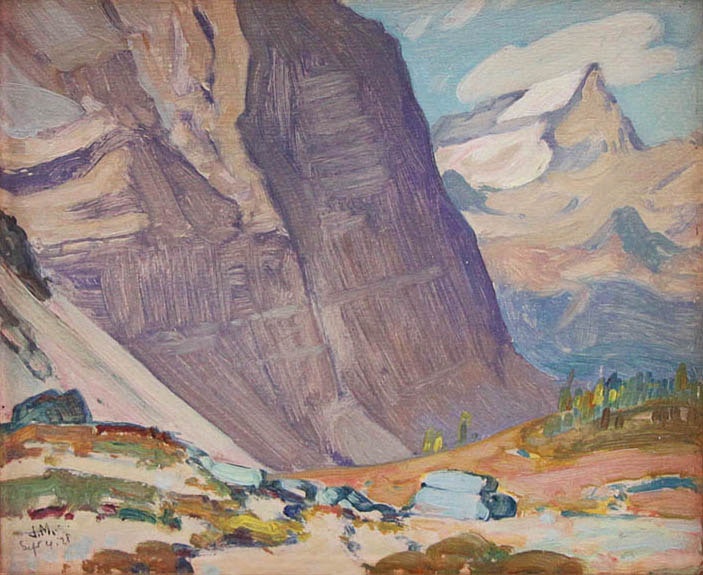 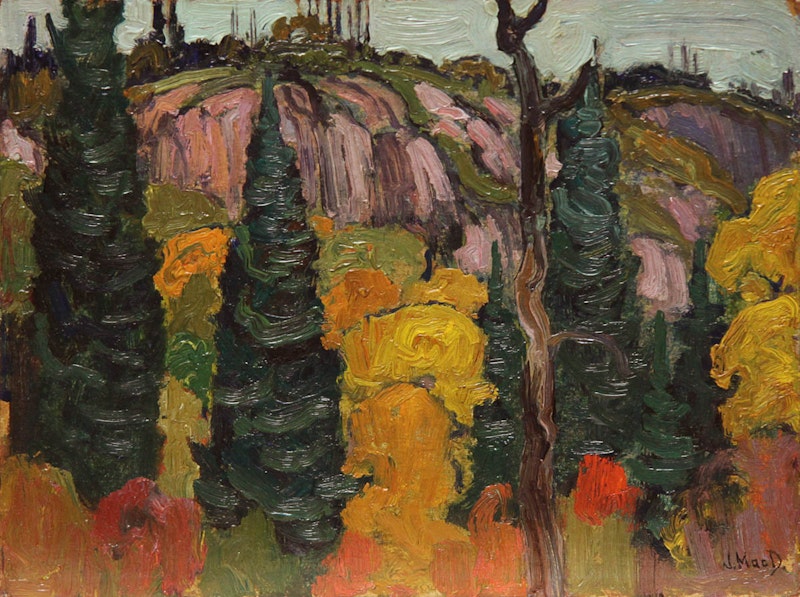 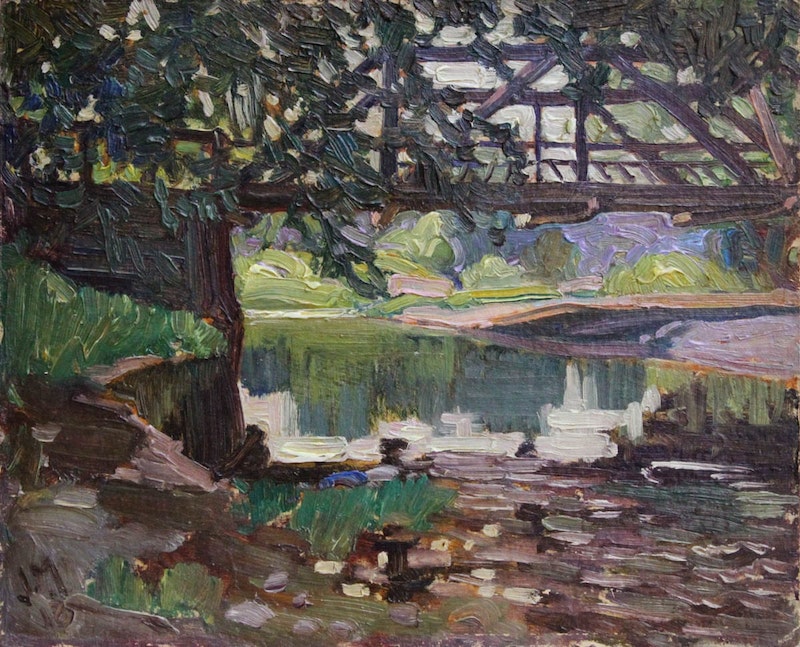