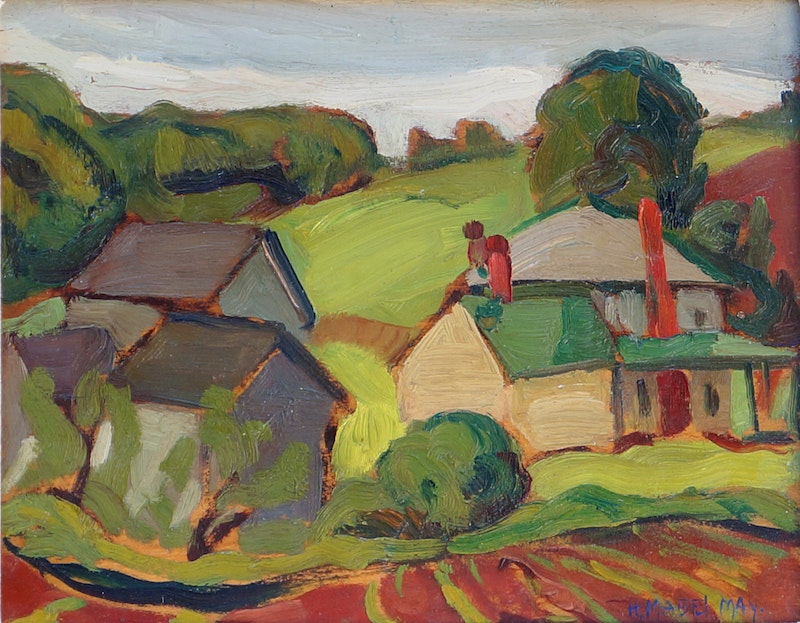 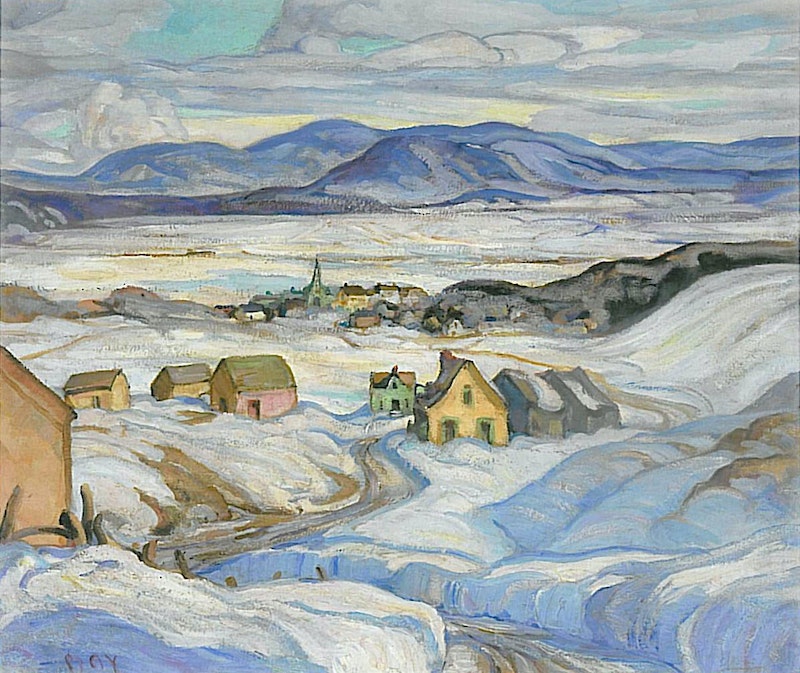 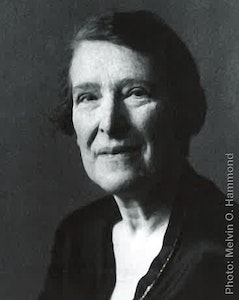 Mabel May was born in Westmount, Montreal in 1884. Although she displayed an early talent for painting she did not enter art school until her twenty fifth year. She enrolled in classes at the Art Association of Montreal then directed by RCA president, William Brymner. She excelled there, earning two annual scholarships. May received much encouragement from Brymner, and expressed lifelong gratitude for his support. Following studies at the AAM, she and fellow graduate, Emily Coonan, traveled to France to study art. While in France, she became a devotee of the Impressionists, Claude Monet and Renoir. She was also strongly attracted to the work of Matisse. She and Coonan traveled widely in Europe, visiting galleries, museums and sketching. She returned to Montreal with her European paintings, one of which was acquired by the National Gallery of Canada in 1913. During the war, she received a commission from the Canadian War Memorial to paint women working in a munitions factory. She completed several canvases on this theme. She was elected an associate of the Royal Canadian Academy in 1916. With the intention of finding inexpensive studio space, May and fellow AAM graduates, Randolph Hewton, Edwin Holgate, and Lilias Newton rented a three-story house at 305 Beaver Hall Hill in 1920. Asking several colleagues from their AAM years to join them, they formed the Beaver Hall Group. They elected fellow Montrealler and friend, A.Y.Jackson to be their president. He exhibited with them and, in turn, invited them to participate in Group of Seven exhibitions. The Beaver Hall Group disbanded after only two years, but a core group of women artists continued to associate together for many years to come._x000b__x000b_In 1933, Mabel May became a founding member of the Canadian Group of Painters, an offshoot of the Group of Seven. In 1938, she was appointed superintendent of Children’s Classes at the National Gallery in Ottawa. While in Ottawa, she exhibited at James Wilson and Co gallery. She returned to Montreal in 1947. Before she retired to Vancouver in 1950, she held a retrospective exhibition and sale of over 100 works at the Dominion Gallery. She continued to be active in Vancouver, where she died in 1971. Her work is found in the collections of many fine Canadian institutions such as the Beaverbrook Art Gallery, Fredericton, N.B., the Montreal Museum of Fine Arts, and the National Gallery of Canada, Ottawa.

Henrietta Mabel May Wanted for Purchase

Add Henrietta Mabel May to your Collector Profile

Want to get notifications or exclusive online offers for artwork by Henrietta Mabel May? Add them to your collector profile and let us know what you're looking for.

Browse all works by Henrietta Mabel May