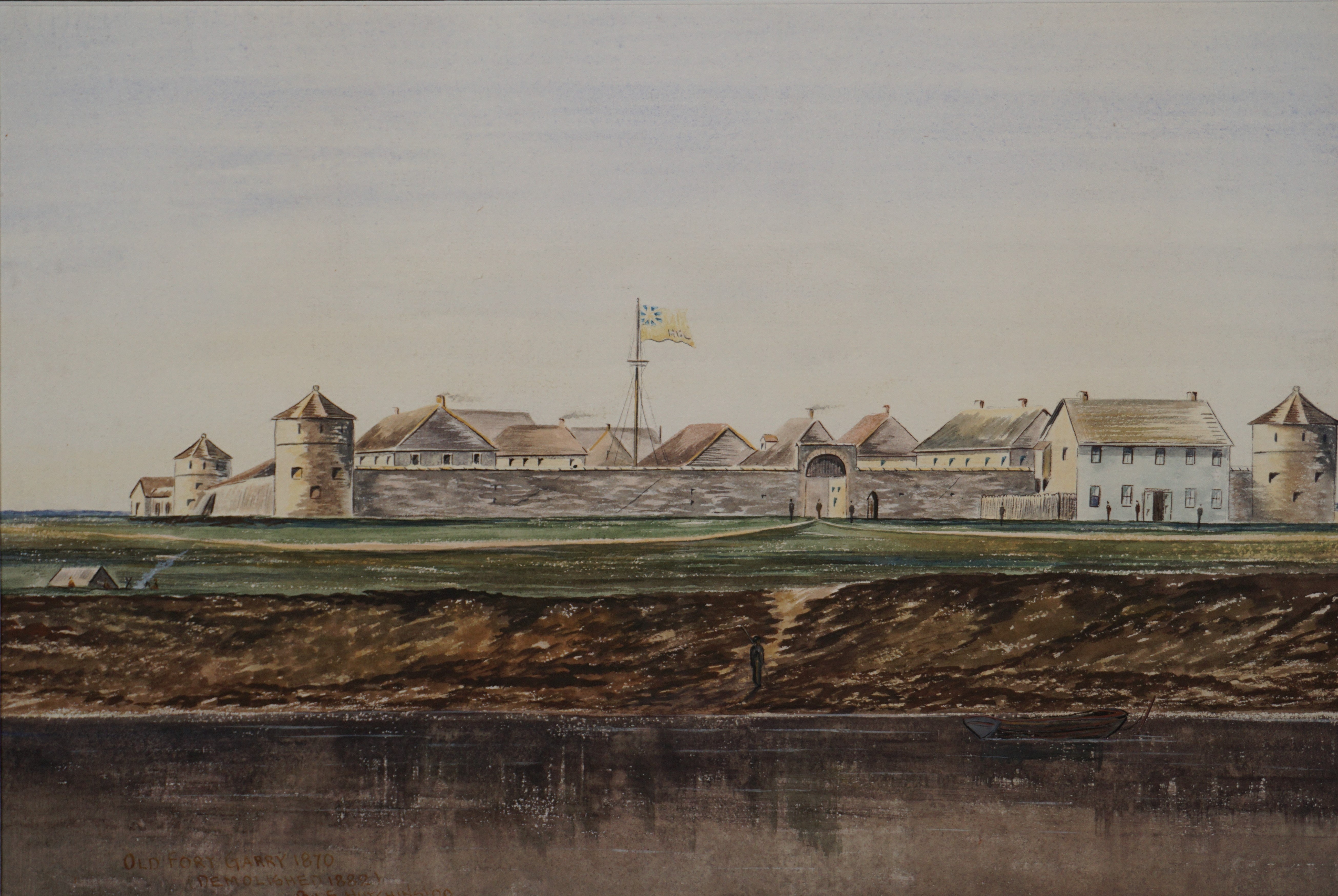 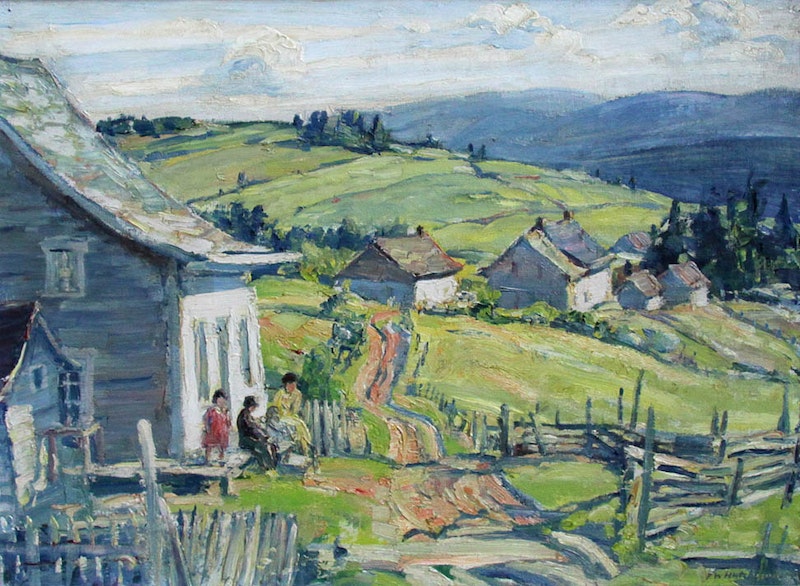 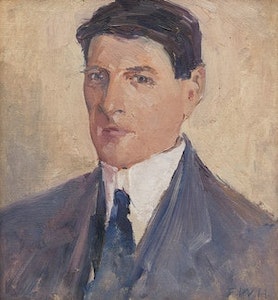 Frederick William Hutchison was born   in Montreal, Quebec in 1871. He studied at the Art Association School of   Montreal under William Brymner, the Chase School in New York City under   William Chase and in Paris at the Julian Academy under Jean-Paul Laurens and   Benjamin Constant. In 1905, he moved to New York City where he taught at the   College of the City of New York, first as a tutor for the department of art in 1906, then as an instructor of art in 1908. By 1920 he was Art Supervisor   of the Townsend Harris Hall School where he remained until his retirement in   1939. Although Hutchison did some portraits, he preferred to paint colourful   Canadian landscapes, especially the Hudson area and the Charlevoix County.   While he was living and teaching in New York, he often returned to   the family residence in Hudson Heights, where he settled permanently after he   retired. During his lifetime Hutchison gained some recognition. He was represented in   Montreal by three important commercial art galleries: W. Scott &amp; Sons,   the Stevens Art Gallery and Watson Art Galleries. He had several one-man   exhibitions with each of them as well as at The Arts Club and the Art   Association of Montreal. Hutchison received further public recognition with   his election to the prestigious National Academy of Design in New York in   1935 and to the Royal Canadian Academy in 1937. He is represented in the   following collections: National Academy of Design (Diploma work – “Mill   on the Remy”), NYC; New York Athletic Club, NYC; Montreal Museum of Fine   Arts; The Art Gallery of Ontario; the Provincial Museum of Quebec; The   Engineer’s Club, Montreal; the National Gallery of Canada (R.C.A. Diploma   Collection); the Beaverbrook Art Gallery, N.B.; the Winnipeg Art Gallery,   Manitoba; the Mount Royal Club, Montreal; and the McGill University,   Montreal. Frederick W. Hutchison died in Hudson Heights, Quebec, at the age of 82.

Want to get notifications or exclusive online offers for artwork by Frederick Hutchison? Add them to your collector profile and let us know what you're looking for.

Browse all works by Frederick Hutchison