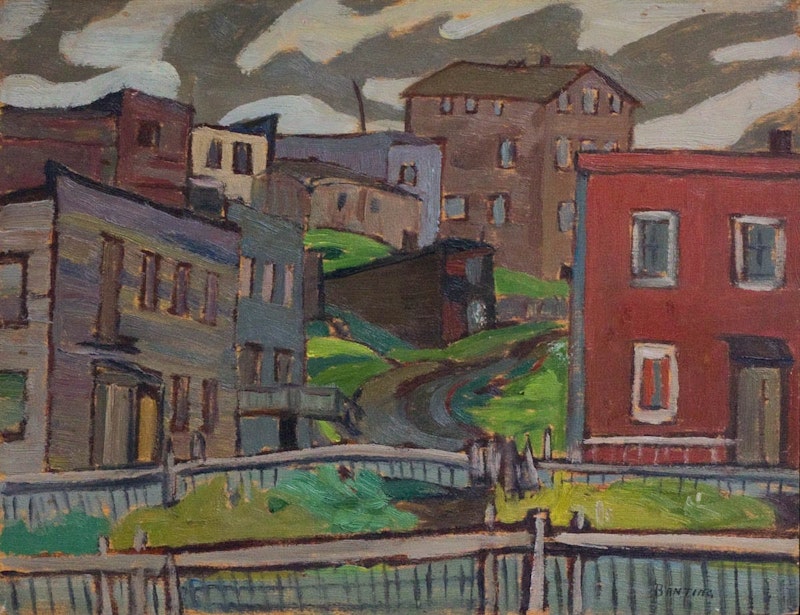 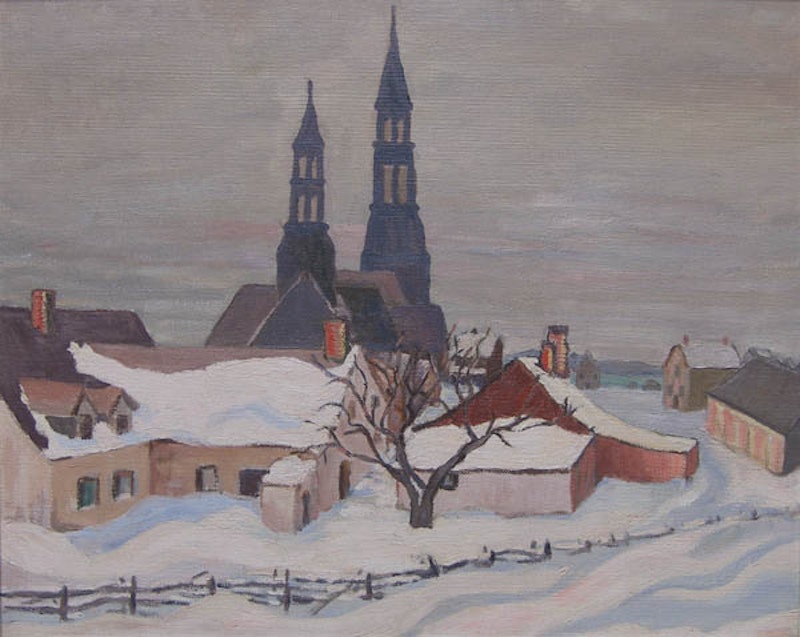 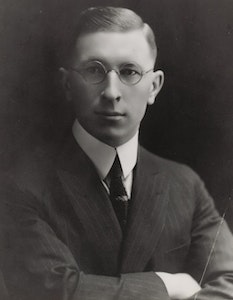 Born, 1891 in Allison, Ontario, Frederick Banting studied medicine at the University of Toronto. He received his MB degree in 1916 and immediately joined the Canadian Army Medical Corps and was sent overseas. He was wounded in France and awarded the Military Cross for bravery. Following the first World War, he continued his medical studies, receiving his M.D. degree in 1922. He had a particular interest in diabetes. Together with his assistant, Charles Best, Banting started the work which would lead to the lifesaving discovery of insulin. For this innovation, he was awarded the Nobel Prize for Medicine in 1923. After the war, he had briefly set up a practice in London, Ontario. The practice was slow in getting started, so with some time on his hands, he was gripped with an urge to paint. This came about one day, when he happened by a London shop, with a display of artist’s paints in the window. He went in, purchased them, and embarked on teaching himself to paint. As his medical career took off, he had little time to devote to this passion, but after winning the Nobel Prize, he was able to dedicate some time to art. He became a collector as well as a painter. In 1927, he approached A.Y. Jackson, wishing to purchase one of his war sketches. This was the beginning of a long friendship.The same year, Jackson and Banting went on their first sketching excursion together. They traveled to St-Jean Port Jolie, on the south shore of the St. Lawrence. There, Banting received his first instruction in plein air landscape painting technique from Jackson. He had a natural aptitude, and his works were accepted at juried exhibitions, but he was always afraid that his work had been accepted because of his reputation as a scientist, rather than its own merit. After a time, he no longer submitted works for exhibition. He was also reluctant to sell his paintings. He had ingenious way of supporting the artists of his acquaintance. When a collector indicated a wish to purchase one of his paintings, he instructed them to purchase a work from another local artist, and he would then exchange it for one of his own works.In July of 1927, Banting traveled with Jackson to the Arctic. On a trip lasting 2 and a half months, they encountered a variety of weather and light conditions in the Arctic landscape. They returned with many sketches. The one Jackson painted of Bache Post was donated to the National Gallery of Canada by the Minister of the Interior. Over the years Banting accompanied Jackson on many sketching trips. At different times, they returned to the North shore of the St. Lawrence, traveled to the Great Slave Lake area, and visited the Group of Seven haunt, Georgian Bay. At times they were joined by other artists. Banting thoroughly enjoyed the outdoor painting experience. He invented a system for getting his completed sketches home, without spoiling them, while they were still wet. He placed matchsticks between the panels as spacers, a trick that A.Y. Jackson continued to use for the rest of his career. Jackson spoke of Banting’s great determination and hard work on these sketching trips, often getting up to sketch long before breakfast._When the Second World War began, he began to devote himself exclusively to medical research, serving as a medical liaison officer between the British and North American medical services.

Want to get notifications or exclusive online offers for artwork by Frederick Grant Banting? Add them to your collector profile and let us know what you're looking for.