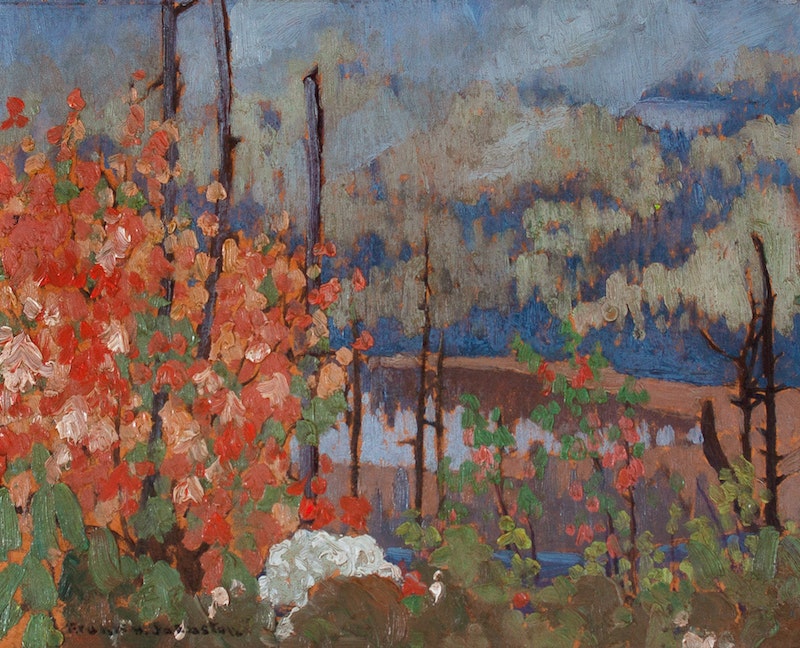 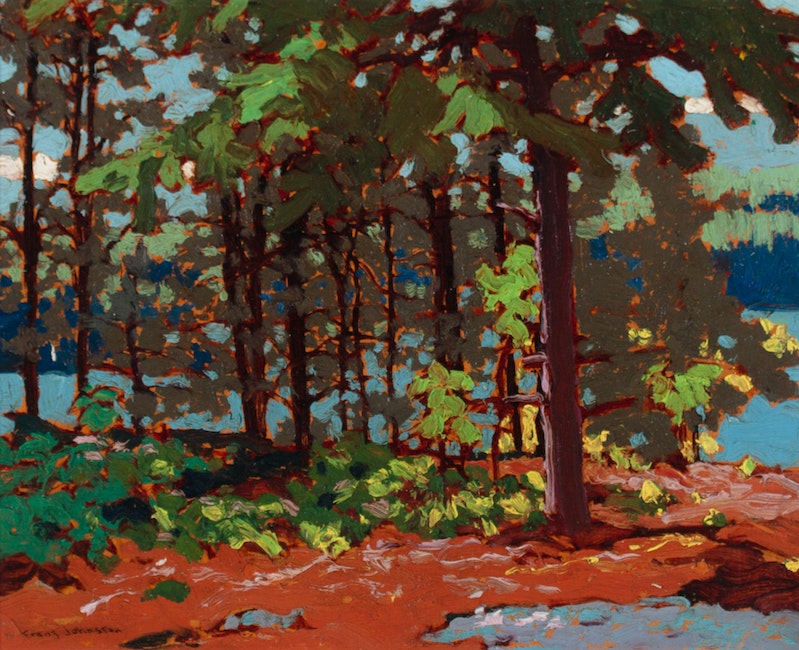 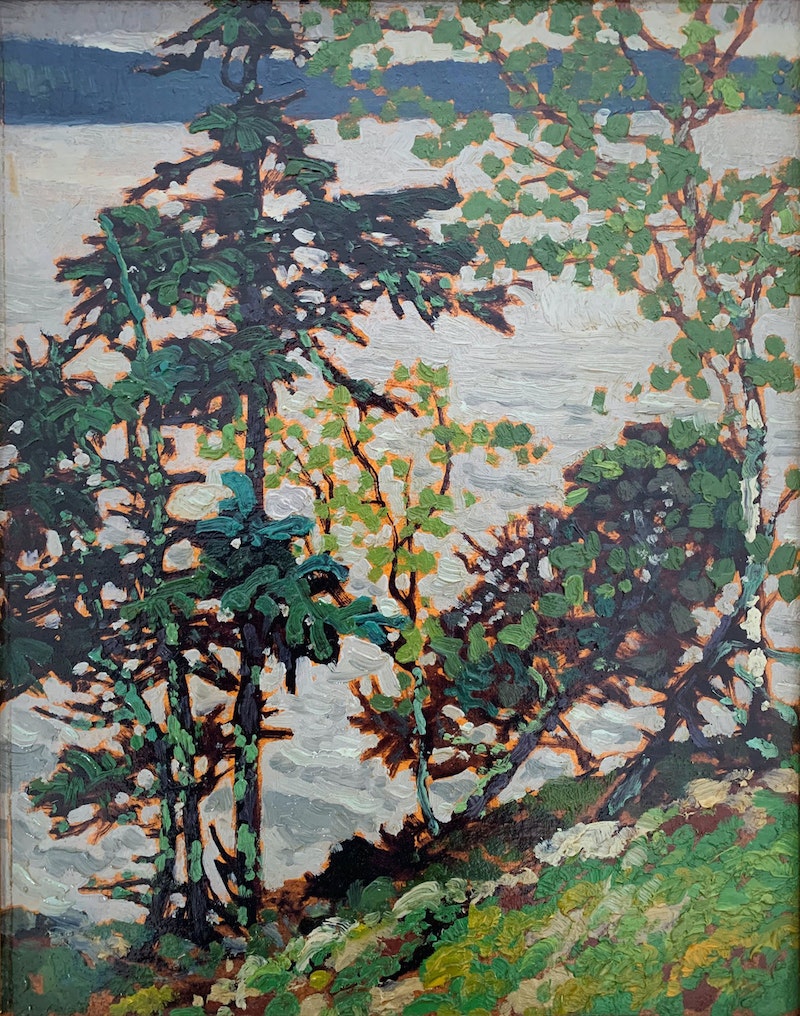 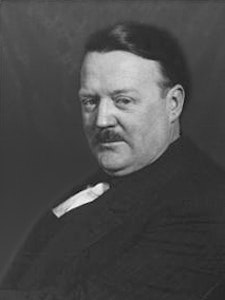 In Johnston one can almost see the sound swelling into the vastness of infinity. The small panel is no restriction to the eye and one stands among the stars of timeless space. Dancing formless light, subaqueous in feeling, ephemeral as Aurora Borealis. It holds one motionless in moving space.” Frank (Franz) Johnston was born in Toronto and like many other Group members, he joined Grip Ltd. as a commercial artist. In 1910, he left for the United States where he studied art in Philadelphia and worked in commercial design in New York. Although an original member of the Group, Johnston’s association was a brief one. He did exhibit in the exhibition of 1920, but by 1921 he had left Toronto to become Principal at the Winnipeg School of Art. In the earlier years of their friendship, Johnston had joined MacDonald and Harris on their journeys to Algoma. His paintings from those years express a strong decorative interpretation of the landscape. In later years, the artist’s style became more realistic and revealed a strong fascination with the qualities of light. In 1927, Johnston changed his name to the more exotic title of ‘Franz’ Johnston, and found some success in commercial art galleries, where he was free from association with any formal group of artists.

Want to get notifications or exclusive online offers for artwork by Frank Johnston? Add them to your collector profile and let us know what you're looking for. 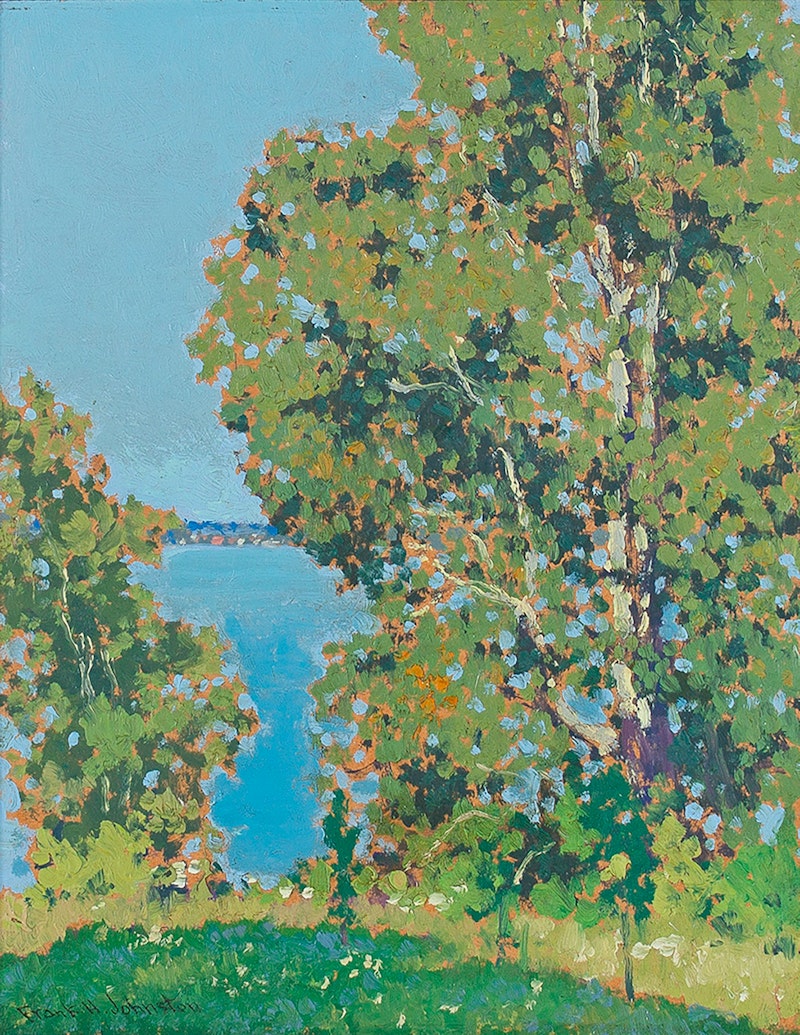 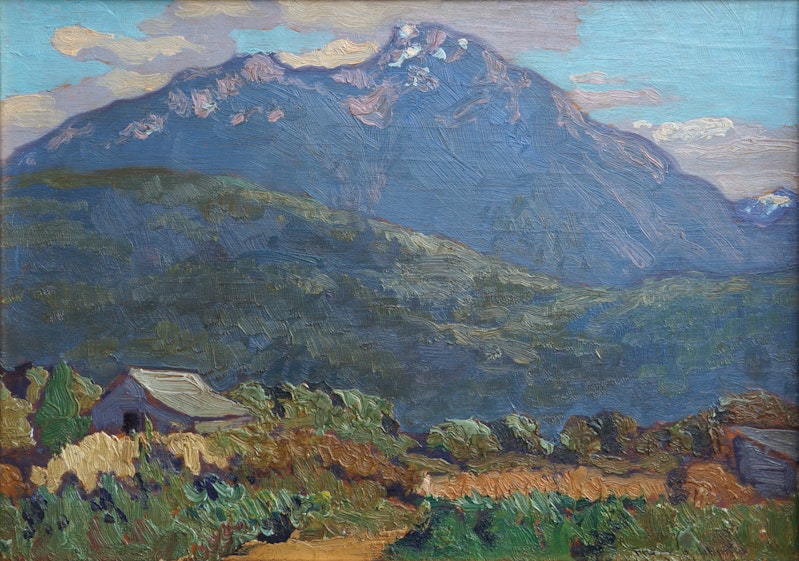 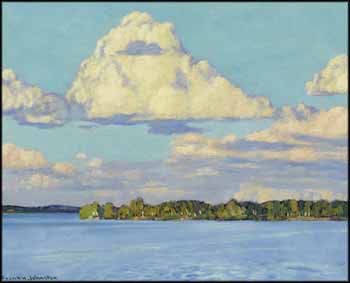 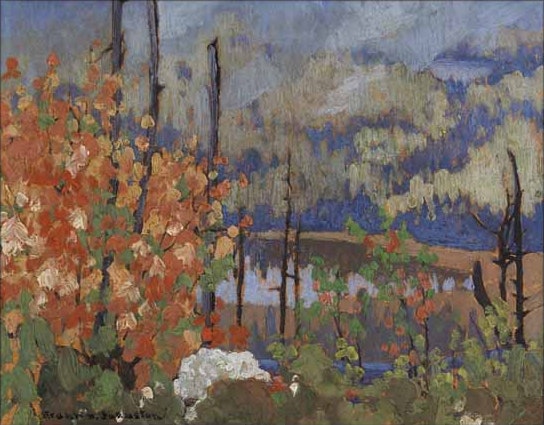 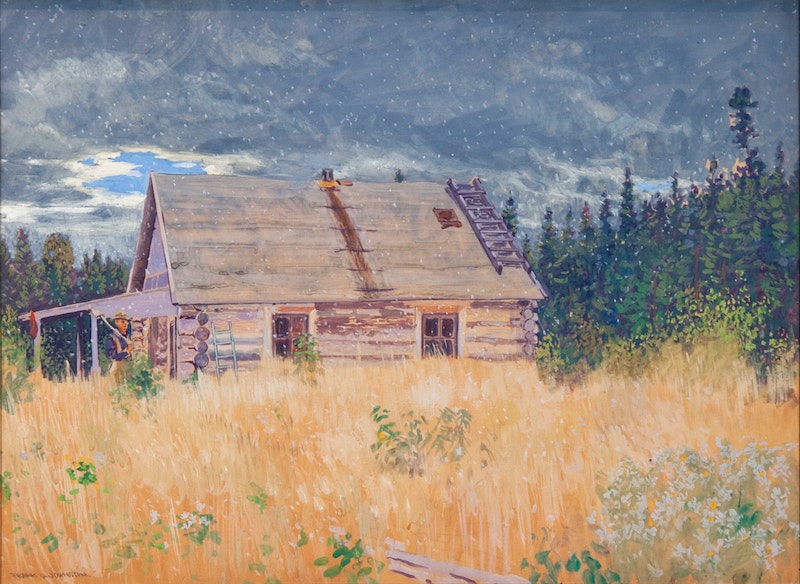 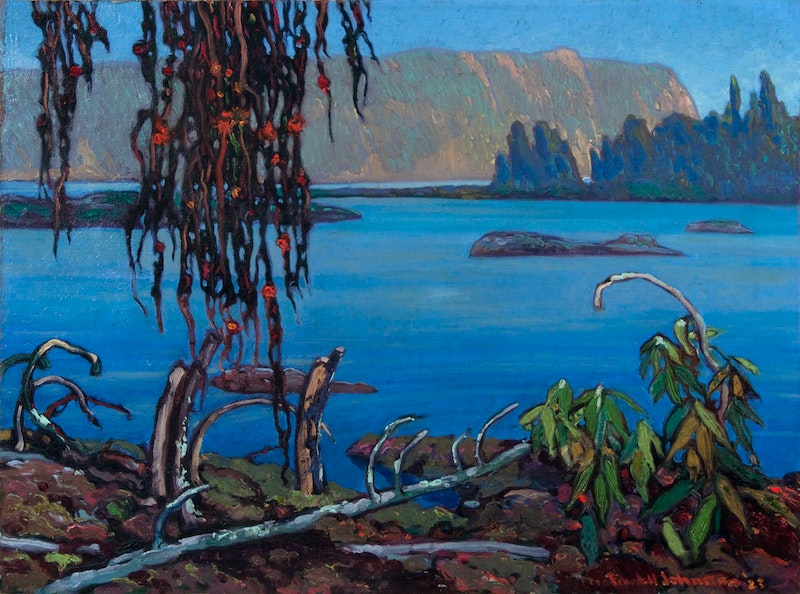