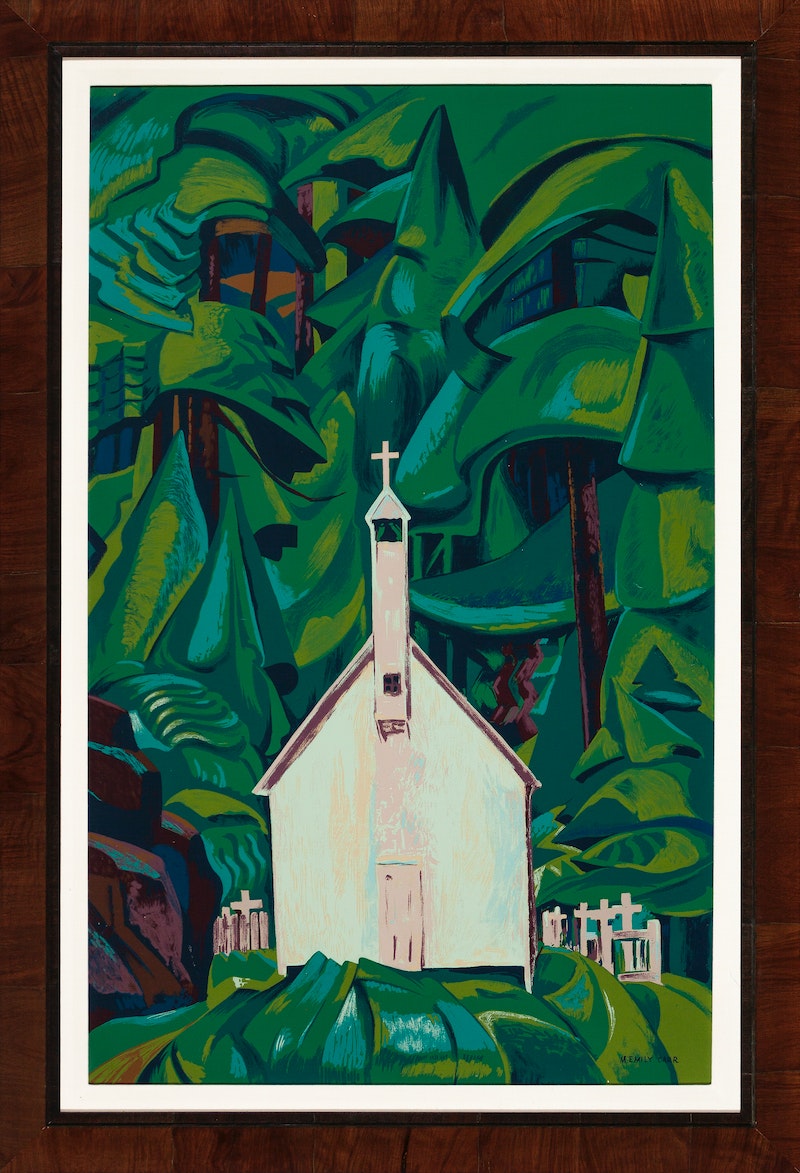 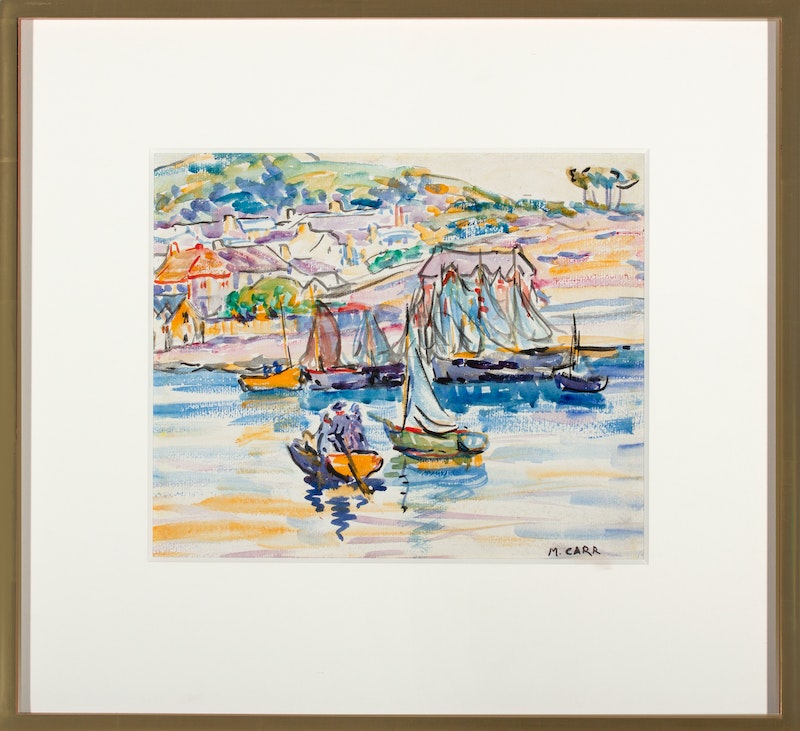 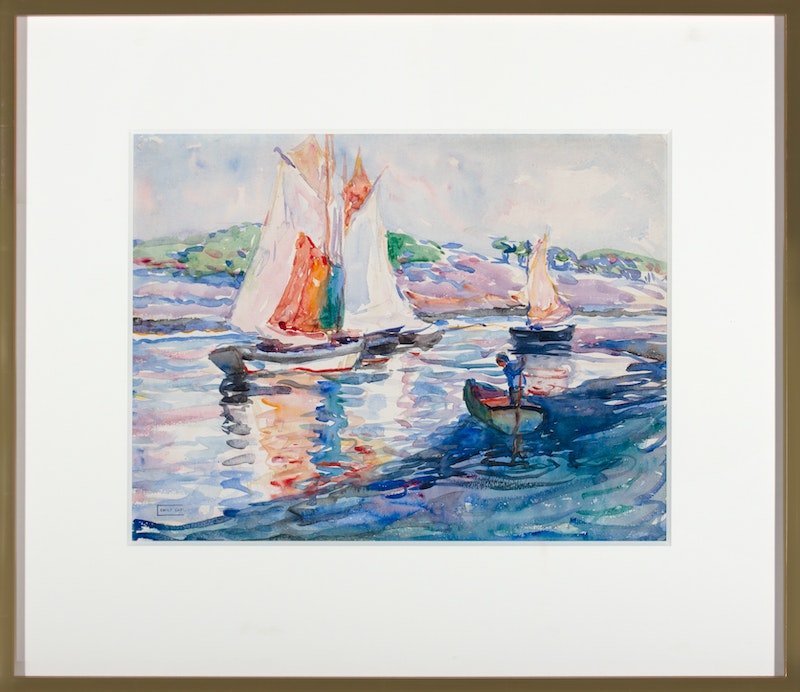 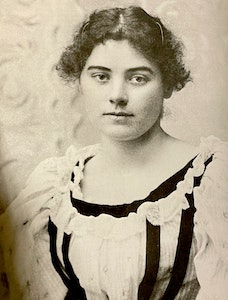 Emily Carr was born in Victoria, British Columbia, and moved to San Francisco in 1890 to study art after the death of her parents. In 1899 she travelled to England for further art studies, where she spent time at the Westminster School of Art in London and at various studio schools in Cornwall, Bushey, Hertfordshire, and elsewhere. In 1910 she spent a year studying art at the Académie Colarossi in Paris and elsewhere in France before moving back to British Columbia permanently the following year. Carr was most heavily influenced by the landscape and First Nations cultures of British Columbia and Alaska. In 1908 she was inspired by a visit to Skagway and began to paint the totem poles of the coastal Kwakwaka’wakw, Haida, Tsimshian, Tlingit and other communities in an attempt to record and learn from as many as possible. In 1913 she was obliged by financial considerations to return permanently to Victoria after a few years in Vancouver both of which towns were, at that time, conservative artistically. Influenced as she was by post impressionism and Fauvism, her work was alien to those around her and remained unknown to and unrecognized by the greater art world for many years. For more than a decade she worked as a potter, dog breeder and boarding house landlady, having given up on her artistic career. In the 1920s she came into contact with members of the Group of Seven after being invited by the National Gallery of Canada to participate in an exhibition of Canadian West Coast Art, Native and Modern. She travelled to Ontario for this show in 1927 where she met members of the Group, including Lawren Harris, whose support was invaluable. She was invited to submit her works for inclusion in a Group of Seven exhibition, the beginning of her long and valuable association with the Group. They later named her ‘The Mother of Modern Arts’. The Nuu-chah-nulth of Vancouver Island’s west coast had nicknamed Carr Klee Wyck, “the laughing one.” She gave this name to a book about her experiences with the natives, published in 1941. The book won the Governor General’s Award that year. Her other titles were The Book of Small (1942),The House of All Sorts (1944) and Growing Pains (1946) Pause and The Heart of a Peacock (1953), and in 1966, Hundreds and Thousands. They reveal her to be an accomplished writer.

(From the Canadian Art History Archive)

Mayberry Fine Art and our clients are actively seeking works by artist Emily Carr for purchase or consignment. Contact us for confidential assistance when offering a work by Emily Carr for private sale.

Want to get notifications or exclusive online offers for artwork by Emily Carr? Add them to your collector profile and let us know what you're looking for. 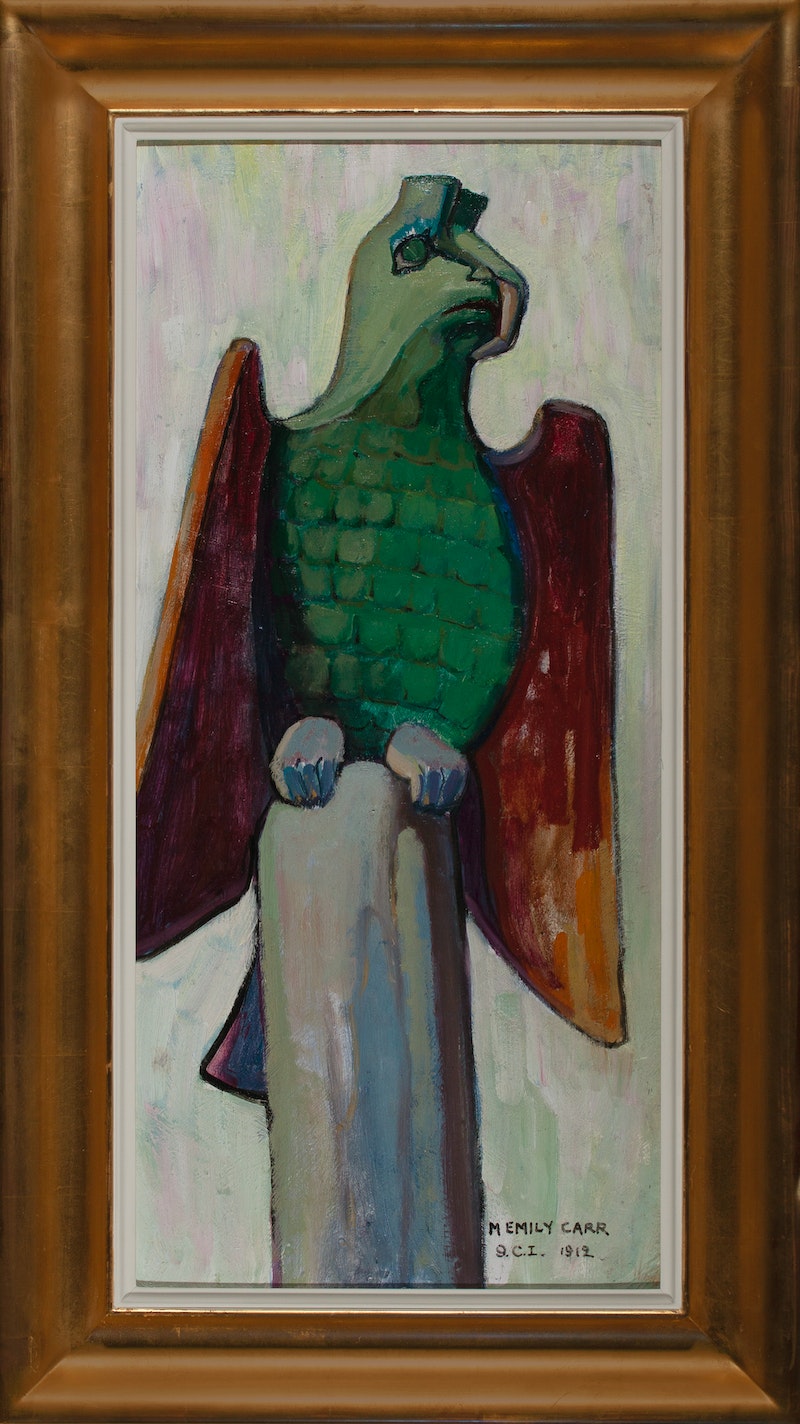 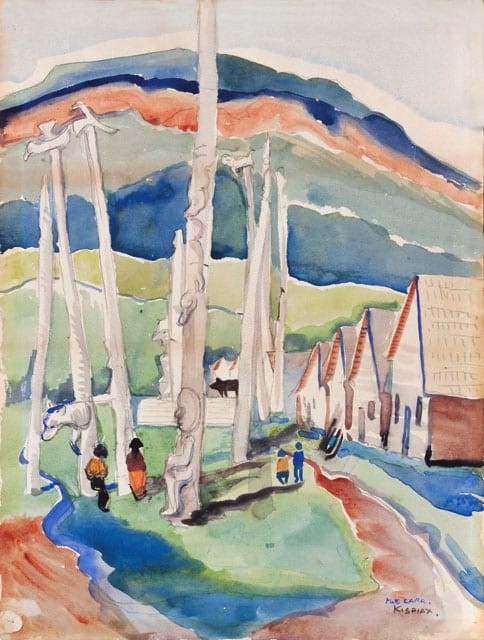 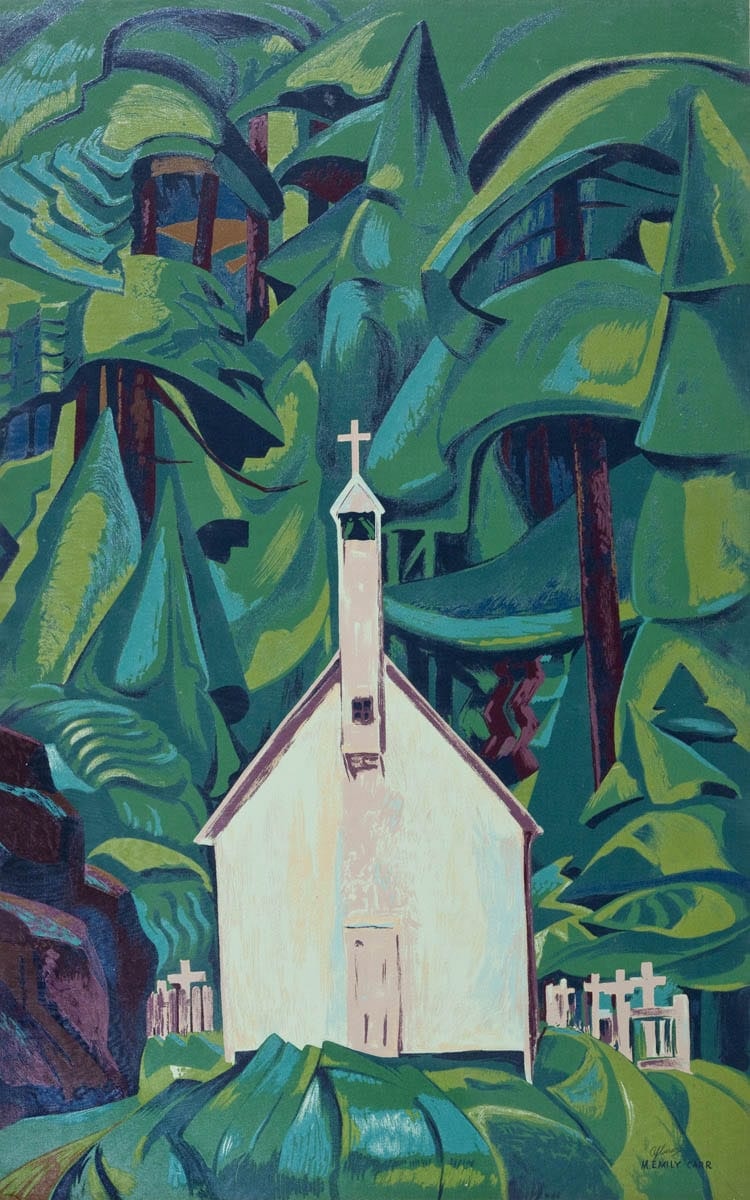 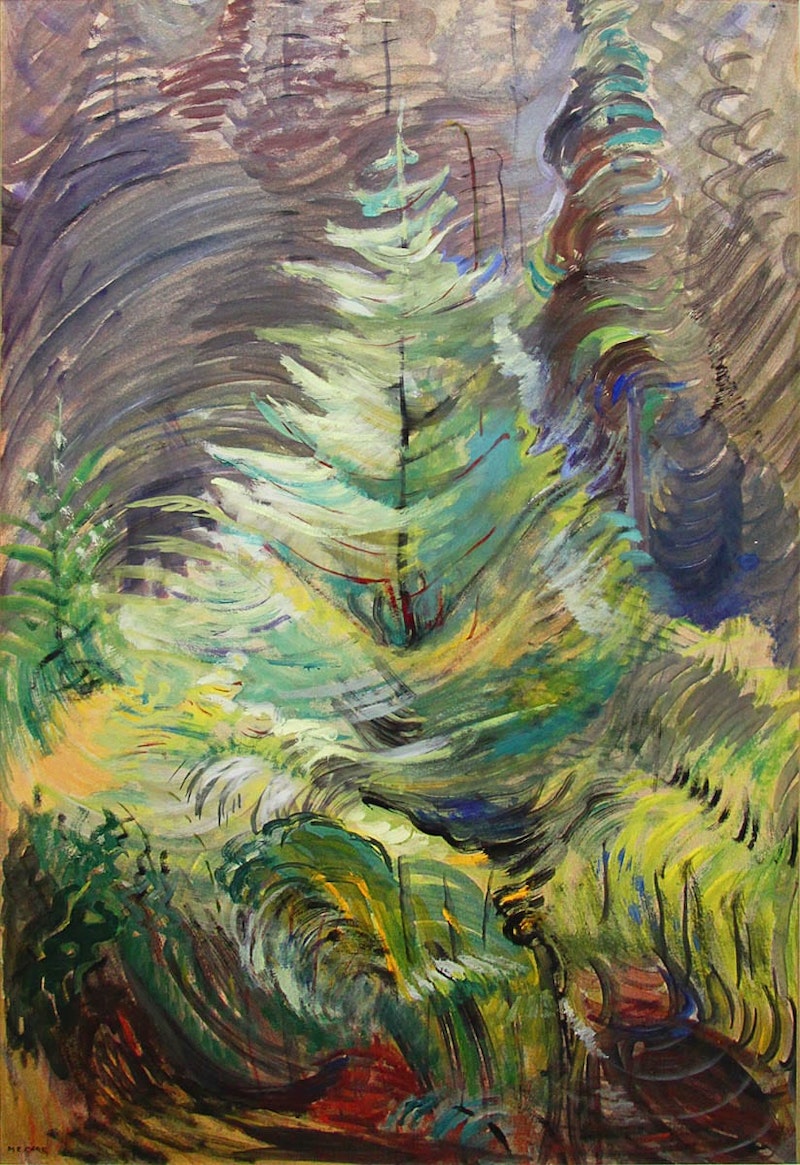 Heart of the Forest 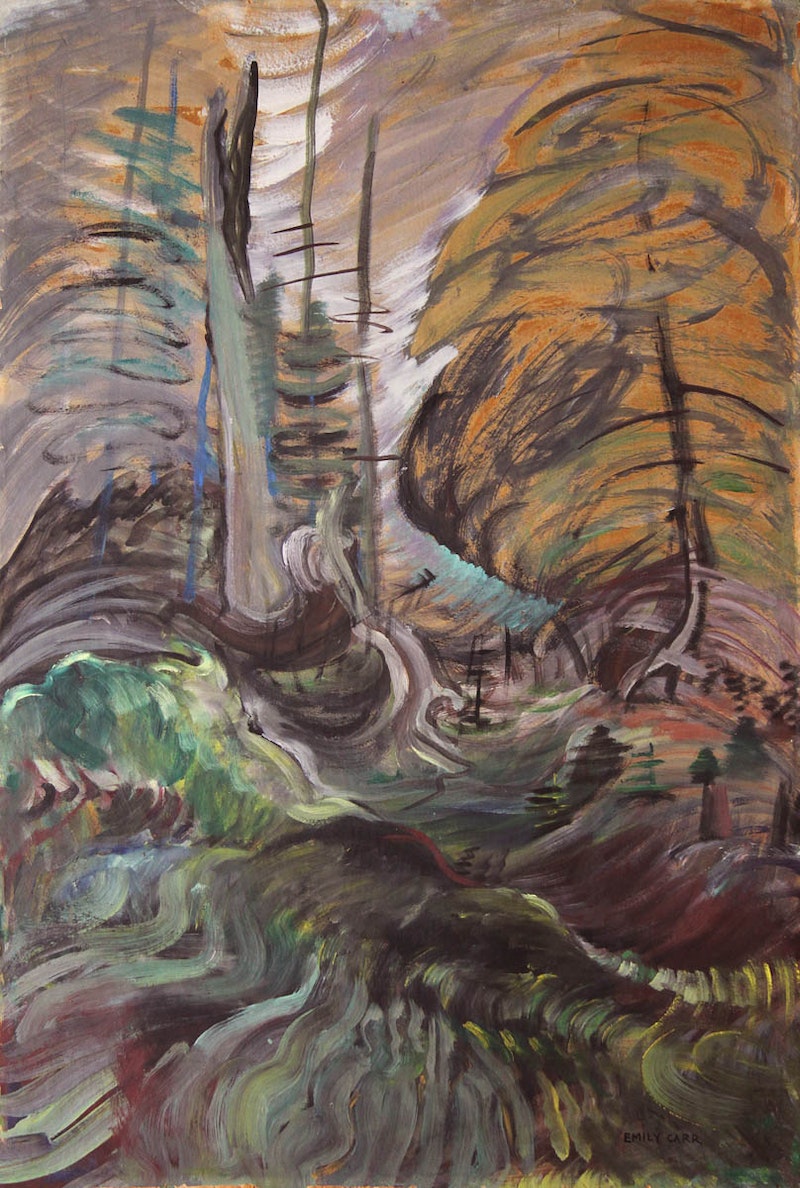 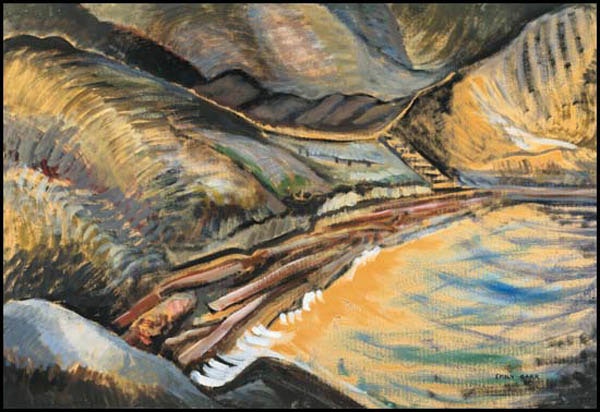