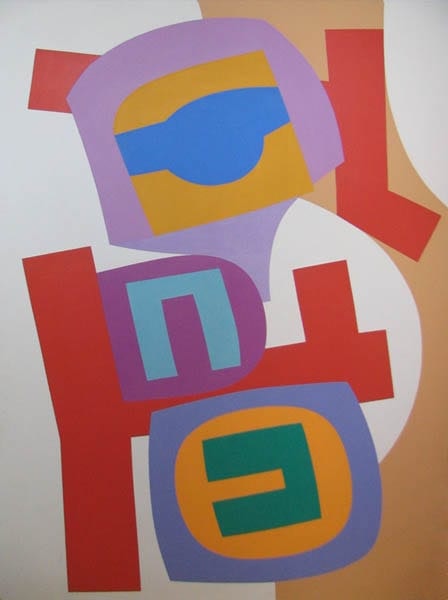 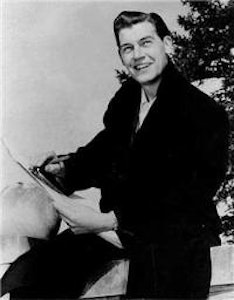 Doug Morton was born in Winnipeg on November 26th, 1926. He studied at the Winnipeg School of Art (1946-47), the Academie Julian, l’Ecole des Beaux Arts and the Studio l’Hote in Paris, France (1949), the Camberwell School of Art and Studio of Martin Bloch in London, England (1950-1951). Doug Morton has had an eclectic career as an academic art administrator, businessman, curator, and artist. He worked as a commercial artist in 1946, was curator of the Calgary Allied Arts Centre (1951-53), and was vice-president and manager of MacKay-Morton Ltd in Regina (1954-67). During all this time Morton remained an active member of the arts community. In 1961 his work was included in a landmark National Gallery of Canada exhibition entitled “Five Painters from Regina.” As one of the Regina Five, he was considered to be on the forefront of abstract art in Canada. In 1967 he joined the University of Saskatchewan, Regina Campus as Director of Visual Arts and Associate Professor of Art. His paintings have since been shown in galleries across Canada in one-man and group exhibitions and can be found in various public and corporate collections. He has also served on Canada council juries and committees and has taught at the Banff School of Fine Arts. Morton developed a strong reputation for arts administration and left Regina for York University in Toronto where he held a variety of positions: Associate Dean and Director of the Graduate M.F.A. Programme (1973-76), Acting Chairperson, Department of Visual Arts (1978), and Vice-chairperson of Senate (1979). Morton then moved West again to the University of Victoria where he became Dean of the Faculty of Fine Arts until 1985 when he retired from administration but continued to teach. Doug Passed away in Victoria in 2004.

Mayberry Fine Art and our clients are actively seeking works by artist Doug Morton for purchase or consignment. Contact us for confidential assistance when offering a work by Doug Morton for private sale.

Want to get notifications or exclusive online offers for artwork by Doug Morton? Add them to your collector profile and let us know what you're looking for.

Browse all works by Doug Morton