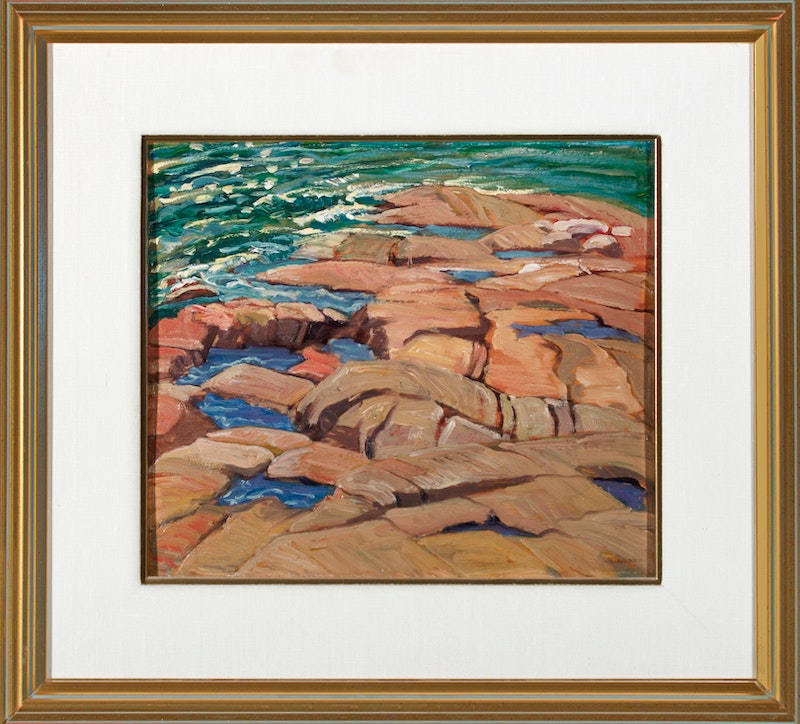 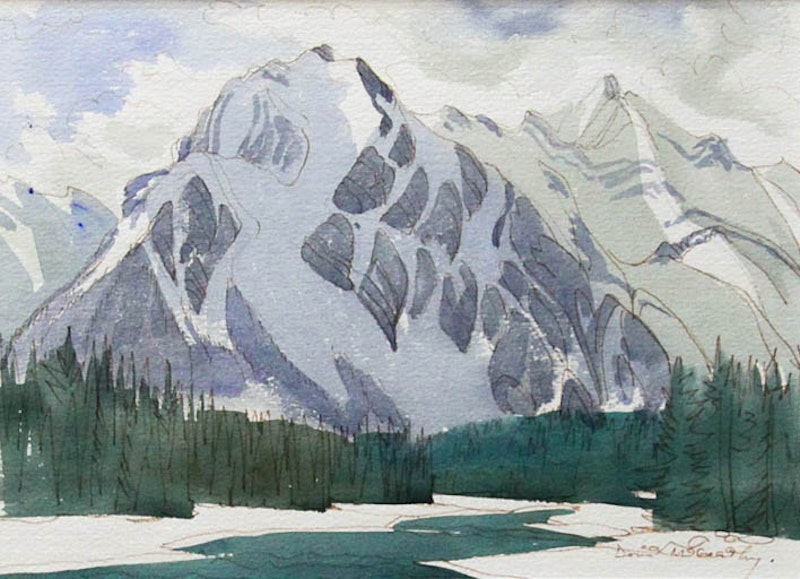 Mountain Above the Whirlpool 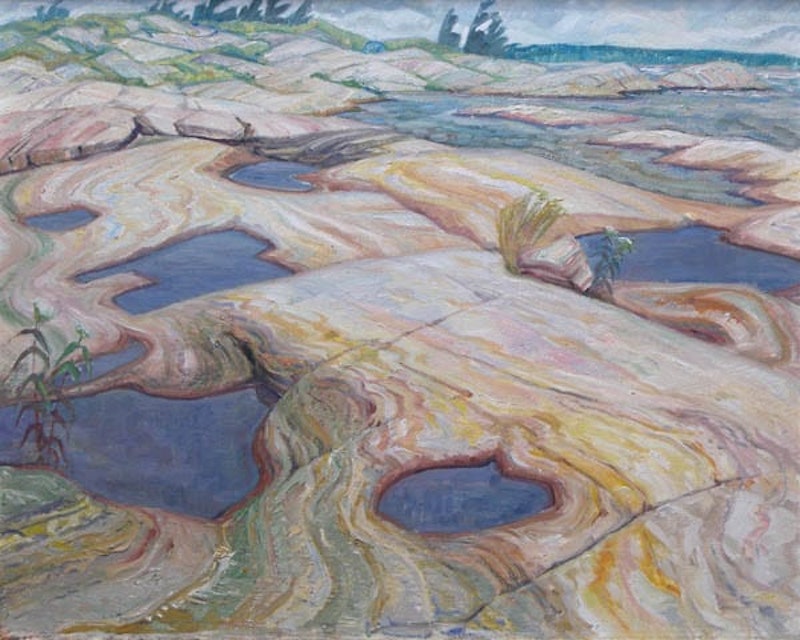 Pools in the Rocks 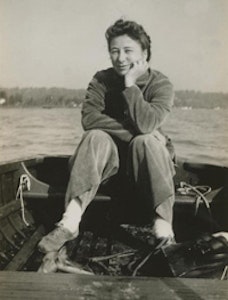 Born in Calgary, Alberta, McCarthy attended the Ontario College of Art from 1926–1930 where she was awarded various scholarships and prizes. She became a teacher shortly thereafter and taught most frequently at Central Technical School in downtown Toronto from 1932 until she retired in 1972. She spent most of her life living and working in Scarborough, Ontario though she traveled abroad extensively and painted the landscapes of various countries including: Costa Rica, Spain, Italy, Japan, India, England, and Ireland. McCarthy was nonetheless probably best known for her Canadian landscapes and her depictions of Arctic icebergs. In 1989 she graduated from the University of Toronto with a B.A. in English. McCarthy’s work has been exhibited and collected extensively in Canada and abroad, in both public and private art galleries including: the National Gallery of Canada, the Art Gallery of Ontario, and The Doris McCarthy Art Gallery. McCarthy also penned three autobiographies chronicling the various stages of her life: A Fool in Paradise (Toronto: MacFarlane, Walter & Ross, 1990), The Good Wine (Toronto: MacFarlane, Walter & Ross, 1991), and Ninety Years Wise (Toronto: Second Story Press, 2004). She was also the recipient of the Order of Ontario, the Order of Canada; honorary degrees from the University of Calgary, the University of Toronto, Trent University, the University of Alberta, and Nipissing University; and an honorary fellowship from the Ontario College of Art and Design. She died on November 25, 2010.

Want to get notifications or exclusive online offers for artwork by Doris Jean McCarthy? Add them to your collector profile and let us know what you're looking for.