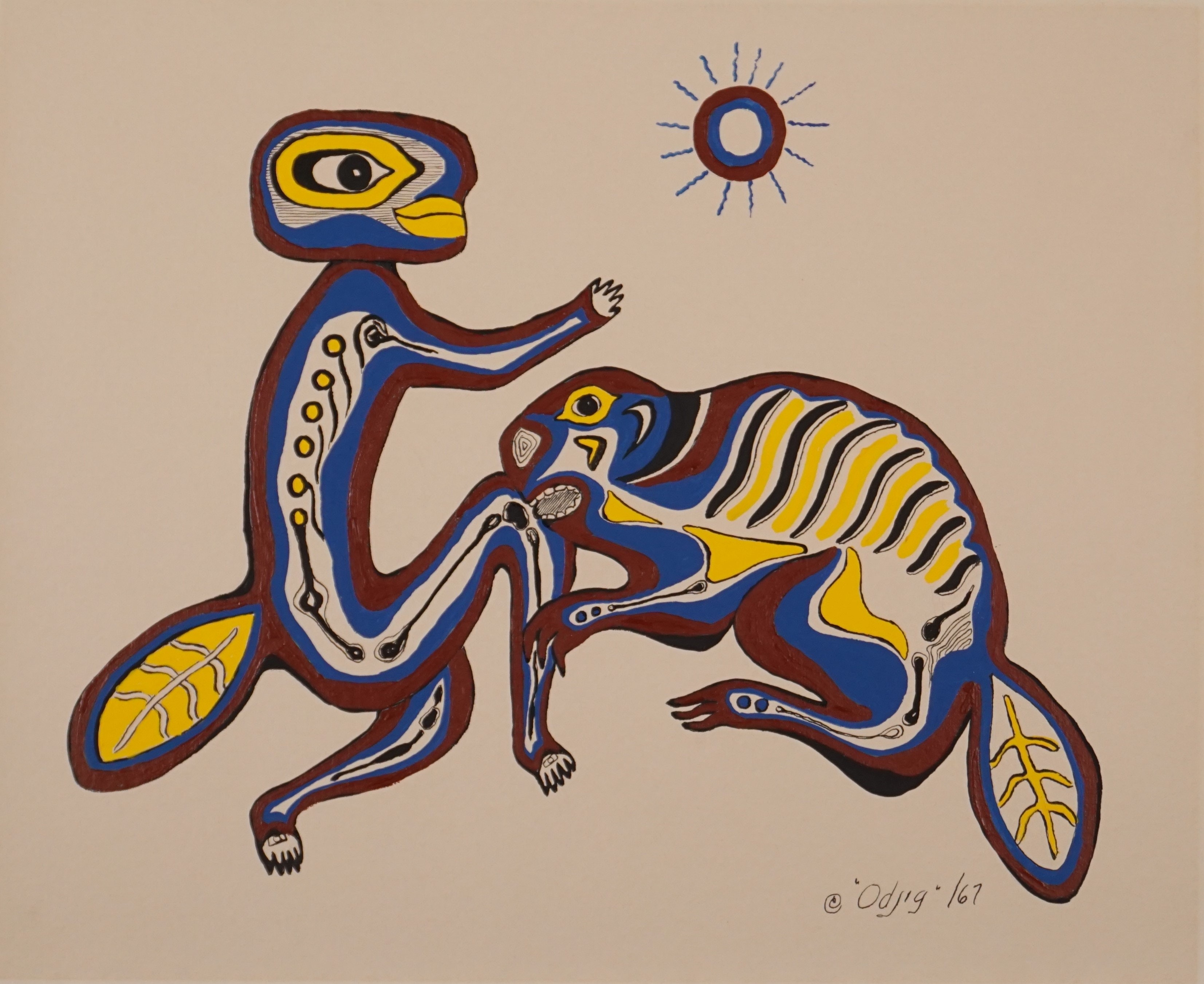 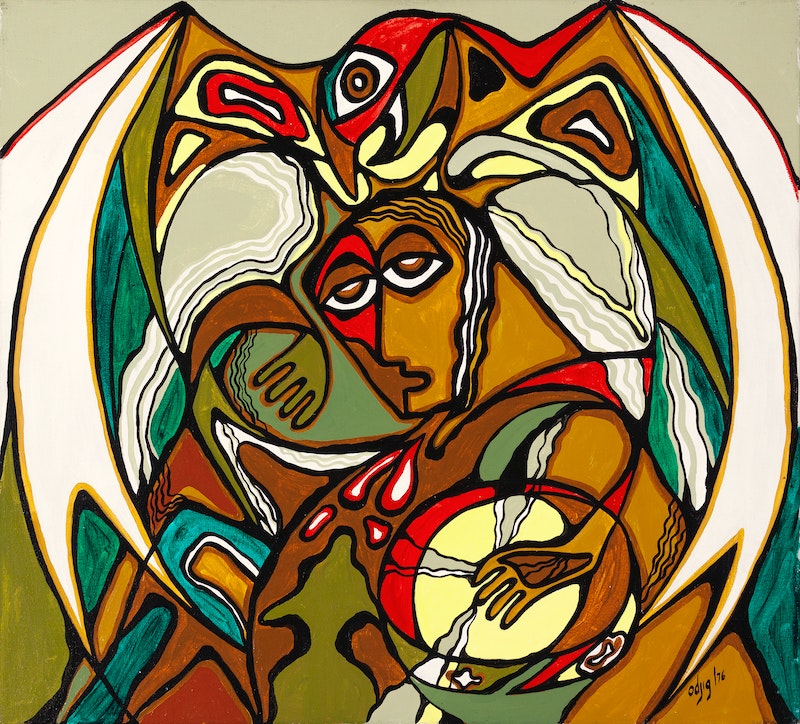 Mystery of the Tent II 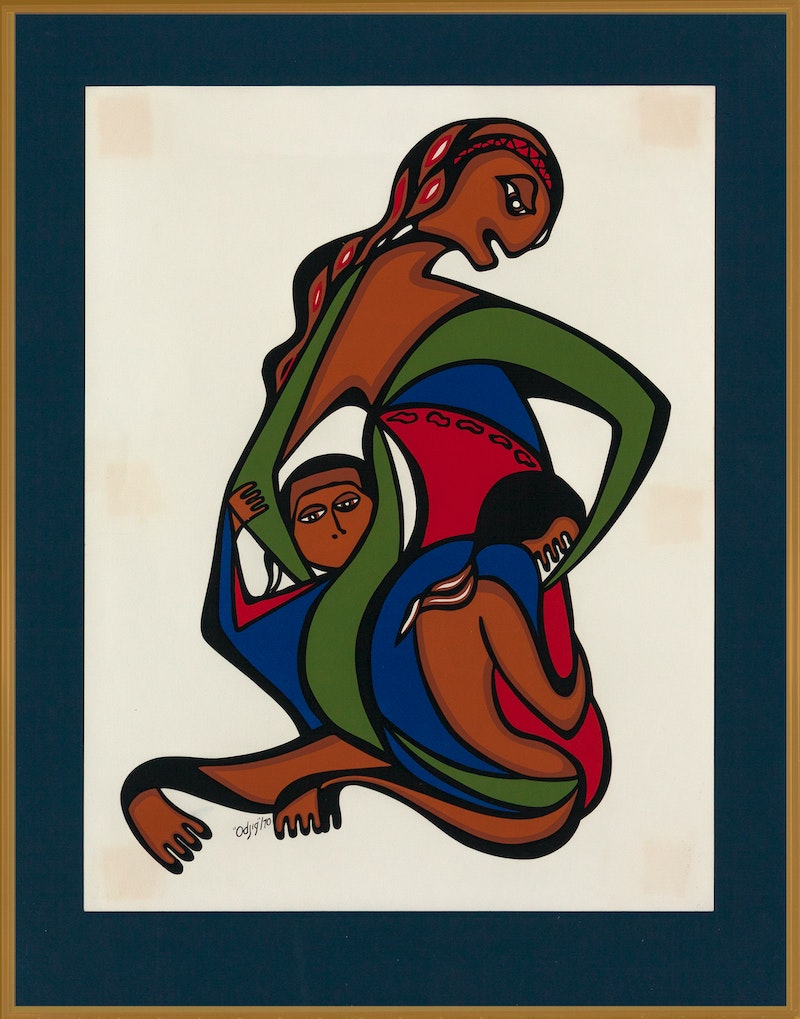 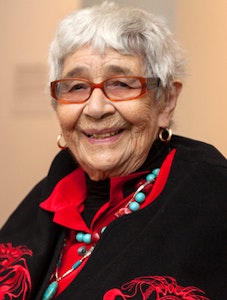 Born and raised in the village of Wikwemikong, on Manitoulin Island, Daphne Odjig had strong traditional roots in her Native culture (she is Potawatomi, Odawa, and English) and is proud of the artistic tradition of her ancestors. Her grandfather, Jonas Odjig, carved tombstones for the nearby church and later sketched and painted church landscapes. Her father painted war scenes and portraits of soldiers from the Great War and was a talented musician. Bob Boyer notes that “Daphne often claims that she is not part of the New Woodland school” in that her works incorporated the importance of womanhood and sense of family, while others in the New Woodland group “concerned themselves with a spiritual quest”. Her work also differed in that she was influenced by Picasso’s cubism but within an Aboriginal context. She was attracted to the cubist style because of its “disregard for perspectival space, its skewing of the elements and relationships of reality, and its central compositional structure”. In 1972, Odjigs art took her to Winnipeg and a pivotal exhibition, “Treaty Numbers 23, 287 and 1171,” at the Winnipeg Art Gallery. The exhibition featured her work along with the work of Jackson Beardy and Alex Janvier. This was the first time Native artists were featured in a Canadian public art gallery rather than a museum. Daphne was the only Native woman artist facing this struggle in the early years, a situation made all the more difficult because she was a self-taught artist and, as a result, not respected at that time. In 1973, she co-founded the Professional Native Indian Artists Association (colloquially called the “Indian Group of Seven”). This group included Daphne, Jackson Beardy, Carl Ray, Joseph Sanchez, Eddy Cobiness, Norval Morrisseau and Alex Janvier. As is evident, Daphne was the first and only woman to be a part of this group. Later, in 1972, Daphne and Chester opened a Gallery in Winnipeg, a huge venture that provided support for emerging Native artists. As it gained success they expanded in 1974. Daphne Odjig was honoured with the order of Canada in 1986 and was elected a member of the Royal Canadian Academy of Art in 1989. She received the Governor General’s Award for the Visual Arts from GG Michaëll Jean in 2007. Her work is included in such public collections as Canada Councils Art Bank, the National Museum of Man in Ottawa, the Tom Thomson Gallery, the McMichael Canadian Collection, the Sequoyah Research Center and the Government of Israel. She has been commissioned to create art by Expo ’70 in Osaka, Japan, the Manitoba Museum of Man and Nature, and El Al, the Israeli airline. She lived and worked in British Columbia for many years, in Anglemont and later Penticton. She was making art well into her 90s until she passed away in October 2016.

Want to get notifications or exclusive online offers for artwork by Daphne Odjig? Add them to your collector profile and let us know what you're looking for. 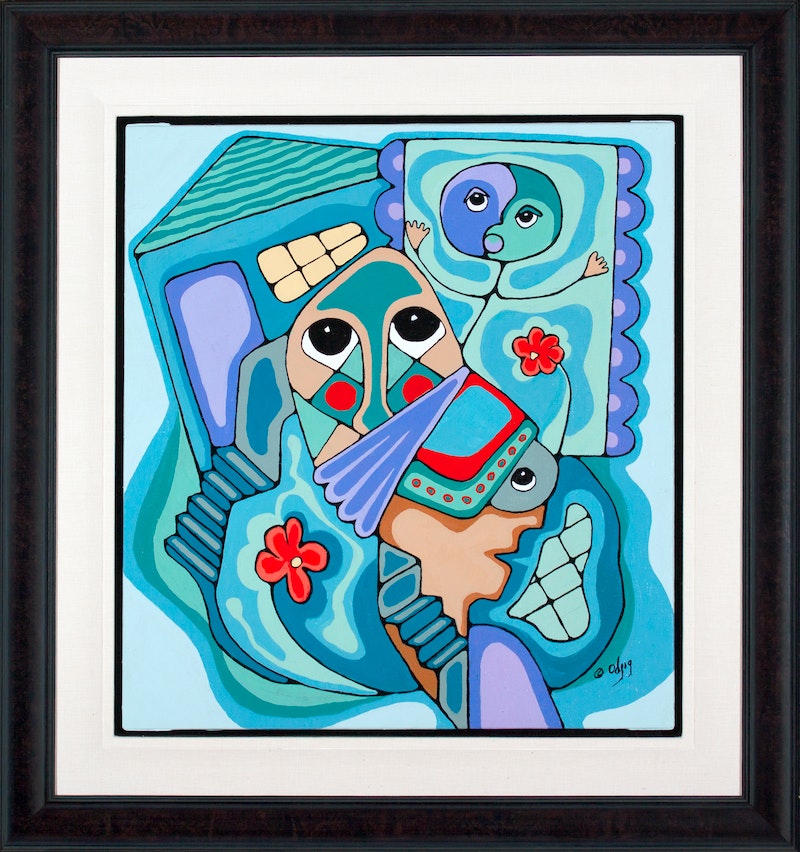 Dreams of Past Times 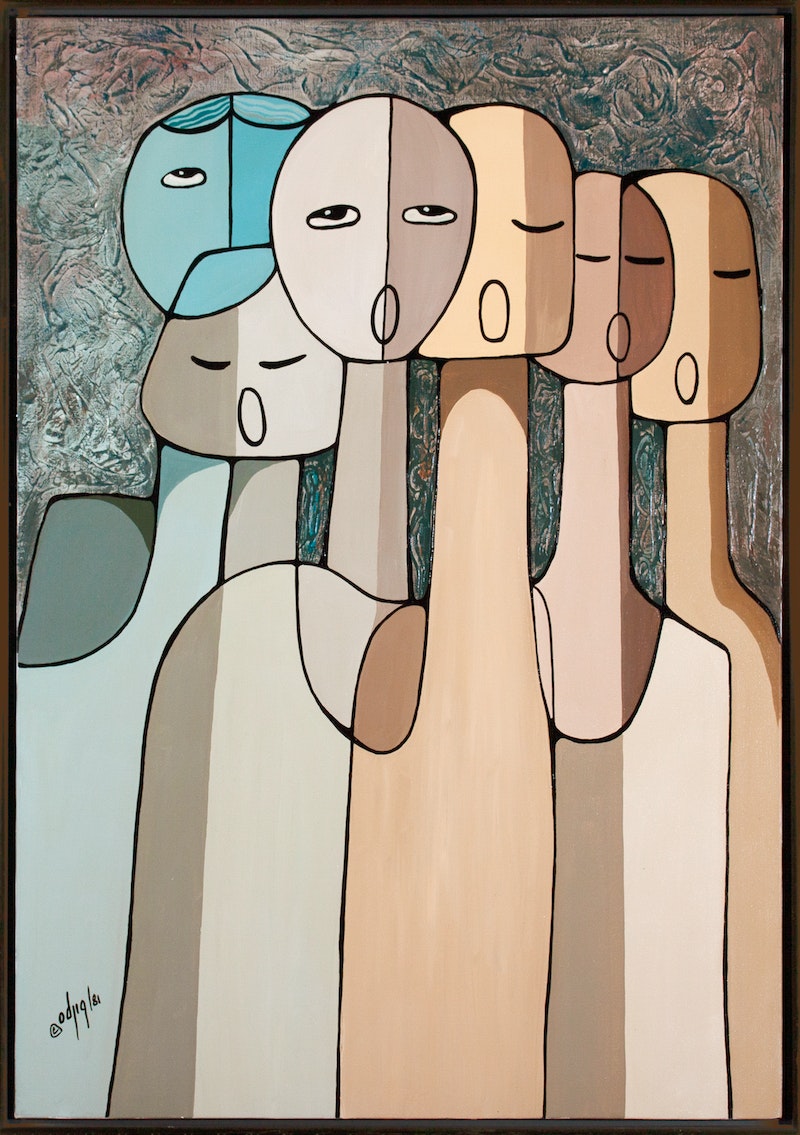 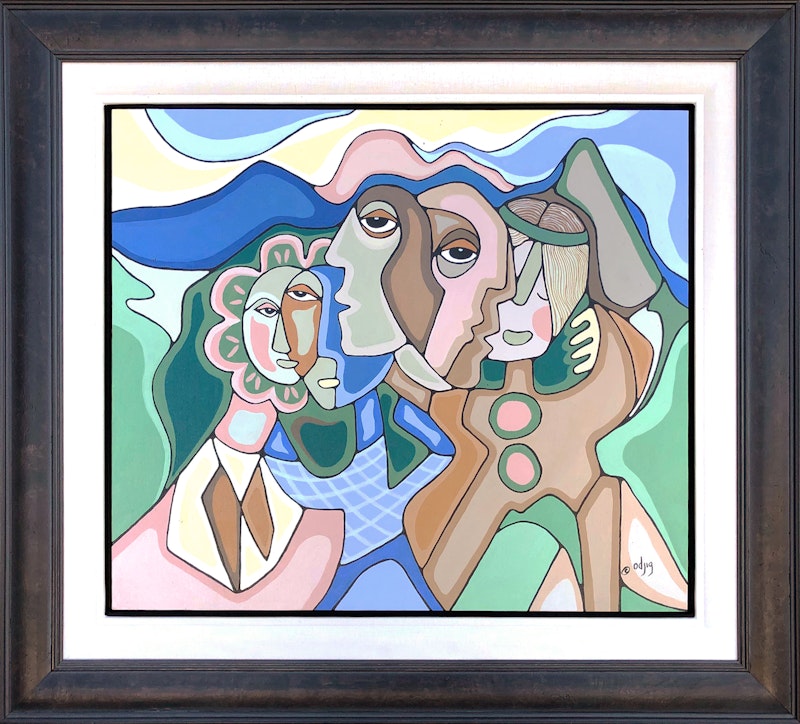 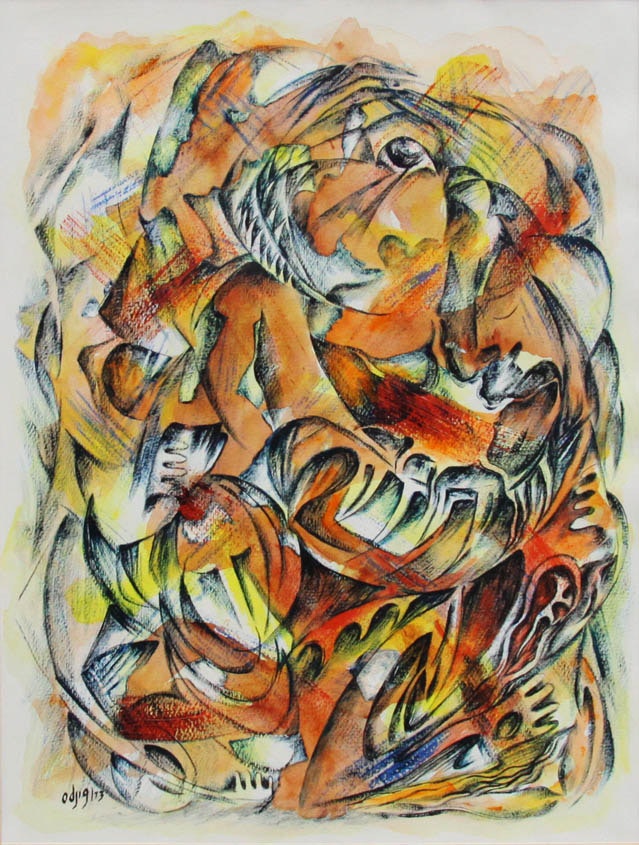 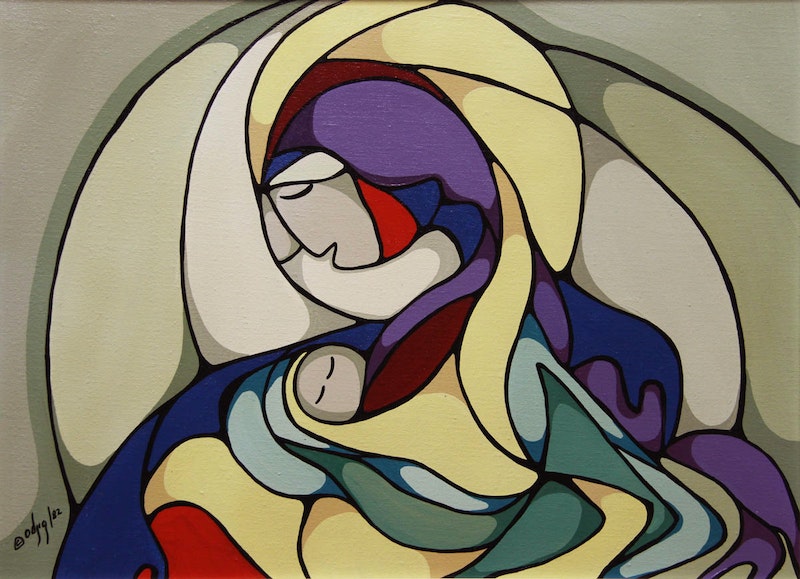 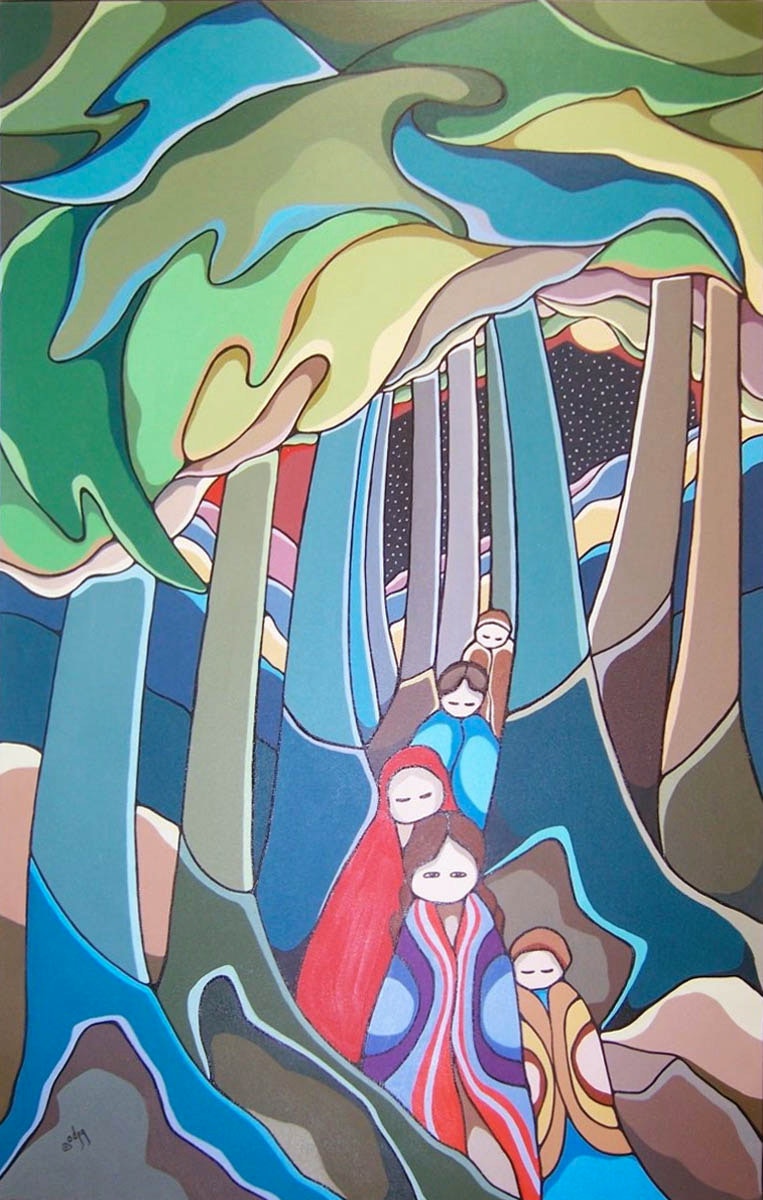 Figures in the Forest