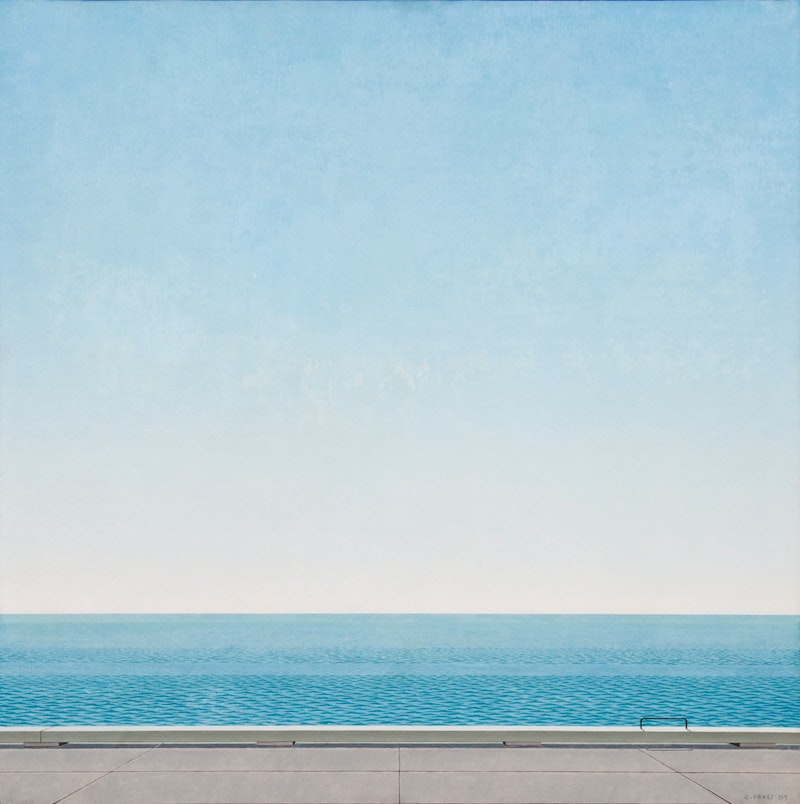 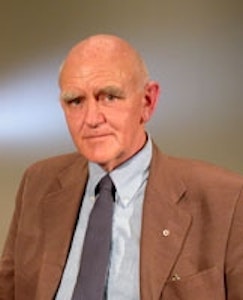 Christopher Pratt was born in St. John’s, Newfoundland, in 1935, but spent many boyhood summers in the Bay Roberts area where he now maintains a studio. He moved to New Brunswick in 1953 to attend Mount Allison University, trying several degree programs including biology and medicine. However, with the encouragement of instructors Alex Colville and Lawren Harris Jr. Pratt decided on fine arts. It was at Mount Allison that he met Mary West. The couple married in 1957, then moved to Scotland where Pratt attended the Glasgow School of Art. Two years later, they returned to Mount Allison University, Sackville, where Pratt completed his fine arts degree. In 1961, Pratt accepted the position of curator at the newly opened Memorial University Art Gallery in St. John’s. He remained at the gallery for two and a half years before deciding to concentrate on his painting full-time, moving his family to Salmonier, Newfoundland. Pratt has become one of Canada’s best known and most respected artists, known for both meticulous serigraph prints and for powerfully evocative paintings. In 1980, Pratt designed the Newfoundland flag. He was named a Companion of the Order of Canada in 1983 and has a number of honorary degrees from Canadian universities. Three books about Pratt are: Christopher Pratt; The Prints of Christopher Pratt: 1958-1991 and Christopher Pratt: Personal Reflections on a Life in Art. These feature reproductions of many of his works. Pratt’s work is part of private and public collections including the National Gallery of Canada, Ottawa; the Owens Art Gallery, Mount Allison University and the Vancouver Art Gallery.

Want to get notifications or exclusive online offers for artwork by Christopher Pratt? Add them to your collector profile and let us know what you're looking for.

Browse all works by Christopher Pratt