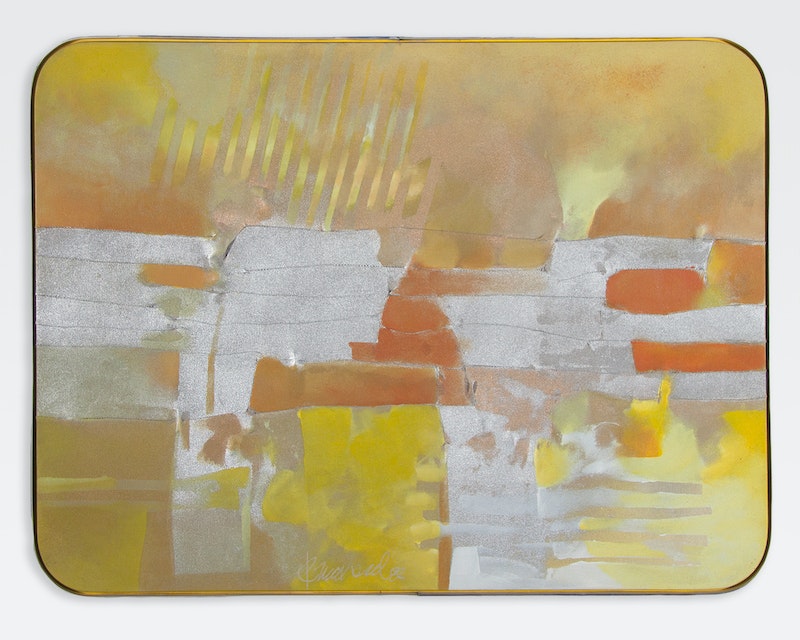 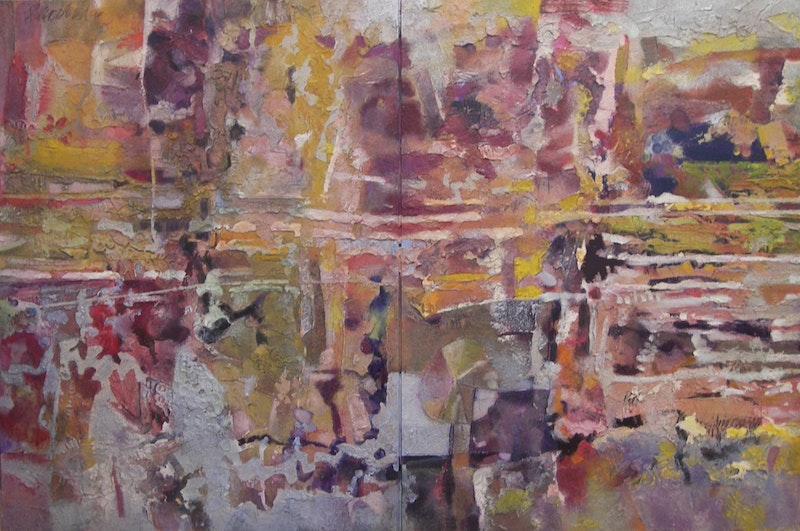 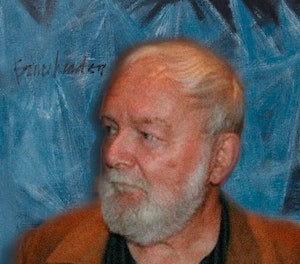 Nationally-renowned Canadian artist Bruce Head RCA began drawing and sketching as an elementary school student in central Winnipeg and never looked back. Born in St. Boniface in 1931, he graduated from the University of Manitoba’s School of Art in 1953 and pursued a life-long passion for painting and sculpting, as well as graphic design. He was among the handful of young Manitoba artists whose work in the 1950s stimulated a dramatic surge in interest in contemporary art on the Canadian Prairies, and who rapidly came to represent a unique visual movement in their own rights.

Elected to the Royal Canadian Academy (RCA) in the early 70s, Head, at the time, was the youngest Manitoban to be elected. He had been the recipient of numerous awards and had undertaken several public commissions. Among them is Canada’s longest in situ piece of art—at 421 feet in length, situated beneath the city’s fabled corner of Portage and Main—a circular, formed and sculpted concrete wall that Winnipeg Art Gallery guest curator Amy Karlinsky has described as “a work of stunning simplicity, efficiency, and aesthetic effect.” He took early retirement from the Canadian Broadcasting Corporation as a graphic designer in the late 80s, building a large studio onto his home in south Winnipeg (where he worked constantly until his death in late 2009), exhibiting frequently in galleries primarily in Western Canada, and accepting occasional commissions.

Head’s insistence on the integrity of the creative process permeated his professional life. As a graphic designer for the CBC for many years, his work carried a uniquely recognizable energy and bold strength that reflects consistently in his canvas pieces and sculpture. Impatient with verbose, pseudo-intellectual forms of artistic interpretation, he defined his artistic philosophy as “what you see is what you get”.  Canadian art historian, writer and consultant in the arts and not-for-profit sector Patricia Bovey called Head “a consummate artist, always experimenting, often using materials in unintended ways. Bruce Head has produced a large body of lyrical, richly textured, vibrantly colourful works… his primary inspirations are the land and the light.”

Head’s credits include solo exhibitions and participations in group shows across Canada. His work has been exhibited at the National Gallery of Canada, the Winnipeg Art Gallery, the Montreal Museum of Fine Arts, the Art gallery of Ontario, the Art Gallery of Hamilton, the Art Gallery of Windsor, the London Regional Gallery, the Confederation Centre, the Alberta College of Art, the Mendel Art Gallery and the Saidye Bronfman Centre, to name but a few. Reproductions of Head’s work have been published in international publications including Graphis in Switzerland, Ideas in Japan, the Art Directors Club in New York, Montreal and Toronto, Arts Canada, Who’s Who in American Art, and the International Who’s Who in Art and Antiques. A one-man show highlighting his smaller concrete sculptural pieces designed as garden art was appropriately held in Winnipeg’s Assiniboine Park Conservatory in 2005.

Head’s first one-man show mounted by the Winnipeg Art Gallery occurred in 1973. In late 2008, a full retrospective consisting of more than 150 examples from his body of work over 50 years formed the largest one-man show ever mounted at the Winnipeg Art Gallery. Of those works, Wallace Galleries is proud to be able to offer Split, Skyhook, and Anvil among its exclusive collection of Head’s works for sale in Calgary.

Want to get notifications or exclusive online offers for artwork by Bruce Head? Add them to your collector profile and let us know what you're looking for.

Browse all works by Bruce Head