We Made Our Own Fun 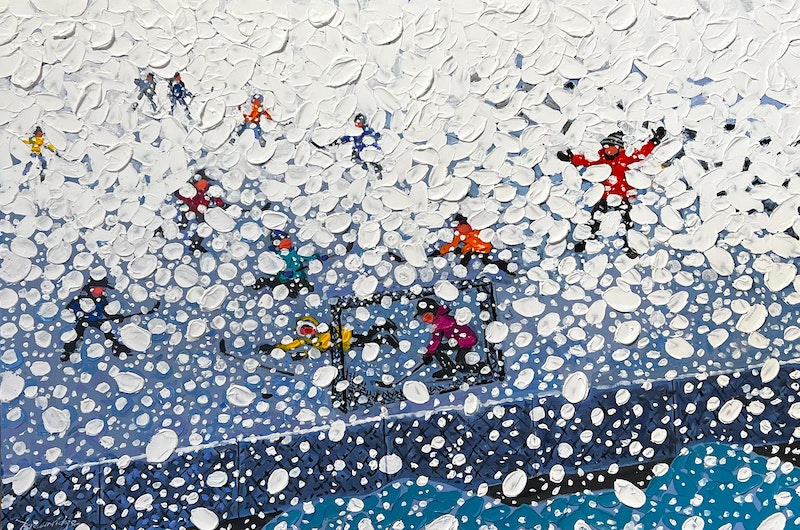 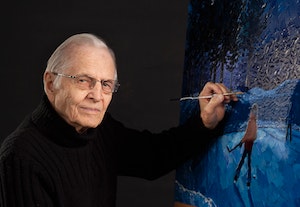 William Roy Brownridge was born in 1932 in the heart of the Western Canadian prairies in Rosetown, Saskatchewan. Born with Spina Bifida, the young Bill was fascinated with hockey. His physical inability to participate stemmed a lifelong interest in creating art that reflected his passion for the sport. Forced to remain seated for long periods, Bill started to draw, and paint. He began to see the possibility of art as a way to escape his immobility, to gain some degree of independence. Bill Brownridge graduated from the Southern Alberta Institute of Technology and Art (now the Alberta College of Art) with a diploma in advertising art. In 1975-76 he won a Canada Council grant to paint and draw the disappearing railroad architecture of the prairies. He was commissioned in 1981 by the Calgary Olympic Development Association to render a series of serigraphs depicting the sporting events of the Olympic Winter Games. These works were used as a part of Calgary’s winning presentation (both in print and film) to the International Olympic Committee for the 1988 Olympics. In his words, “I am likely more attuned to the effects of light and colour because as a child I had so much time to observe….why my work is often filled with action. I have studied movement all my life.” His childhood experience found expression in 1995, when he wrote the children’s book, The Moccasin Goalie, which became a National best-seller. In order to dedicate himself exclusively to painting, he left advertising for good in 1995. Since then he has also become a writer and illustrator of his own series of best-selling children’s books. Brownridge has exhibited across the country, and his works are represented in corporate and private collections (including many NHL players and coaches) nationwide.

Want to get notifications or exclusive online offers for artwork by Bill Brownridge? Add them to your collector profile and let us know what you're looking for. 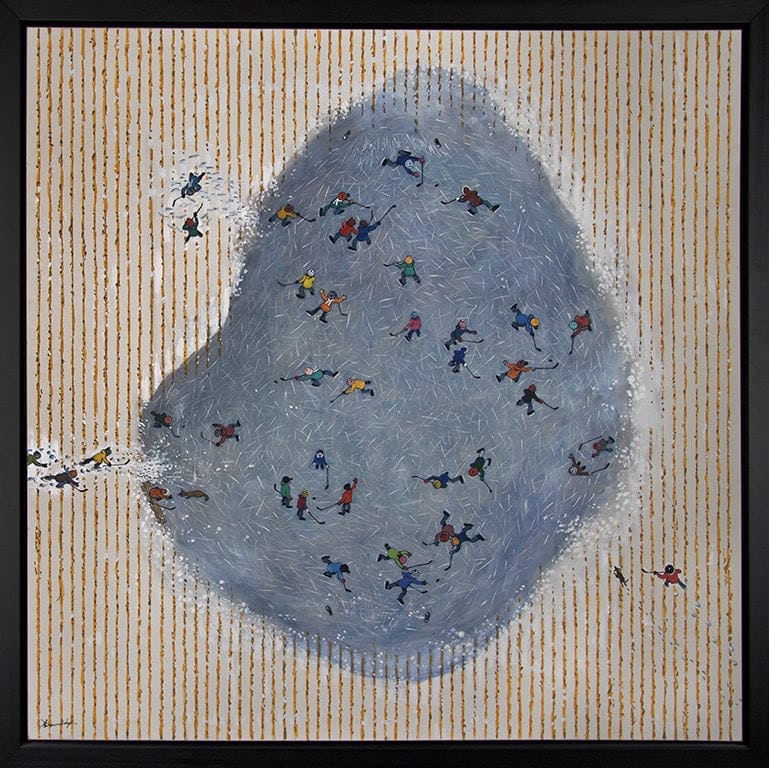 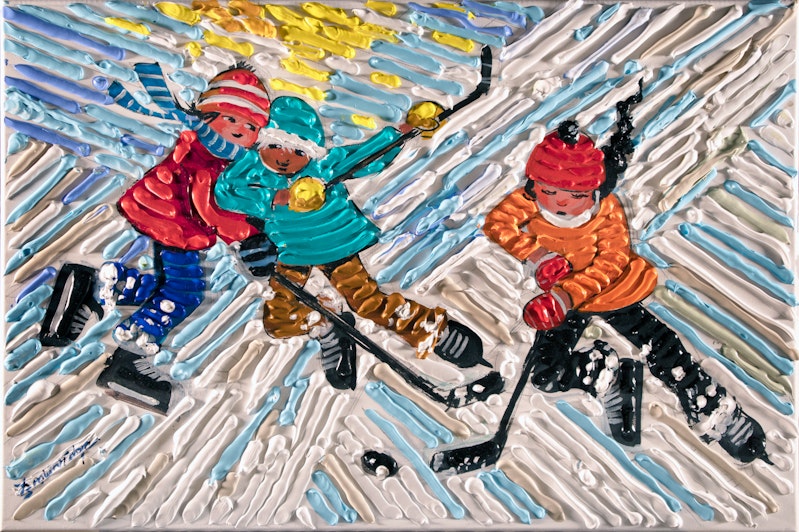 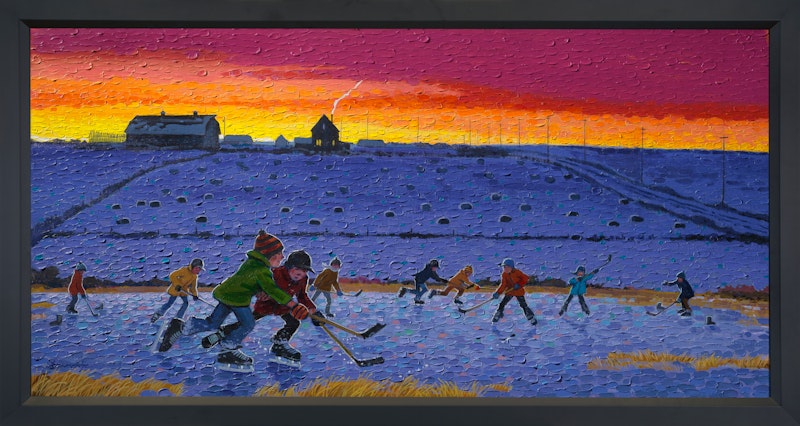 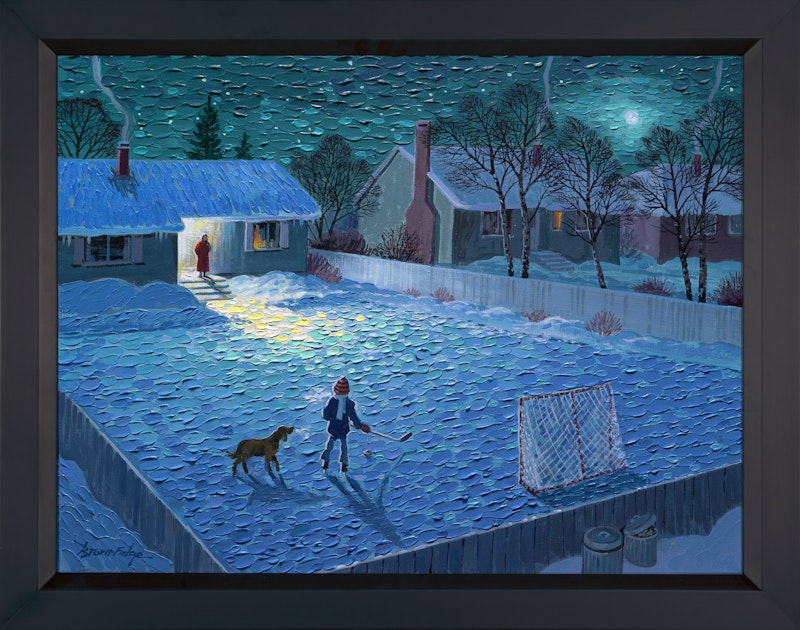 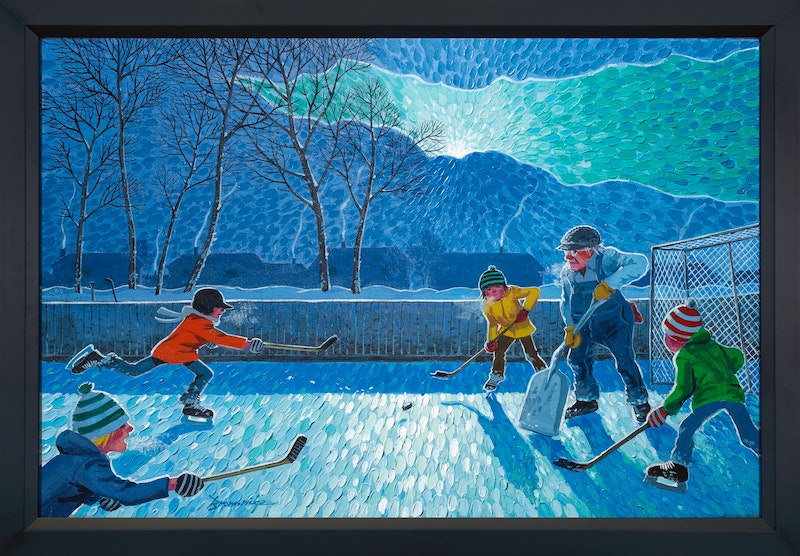 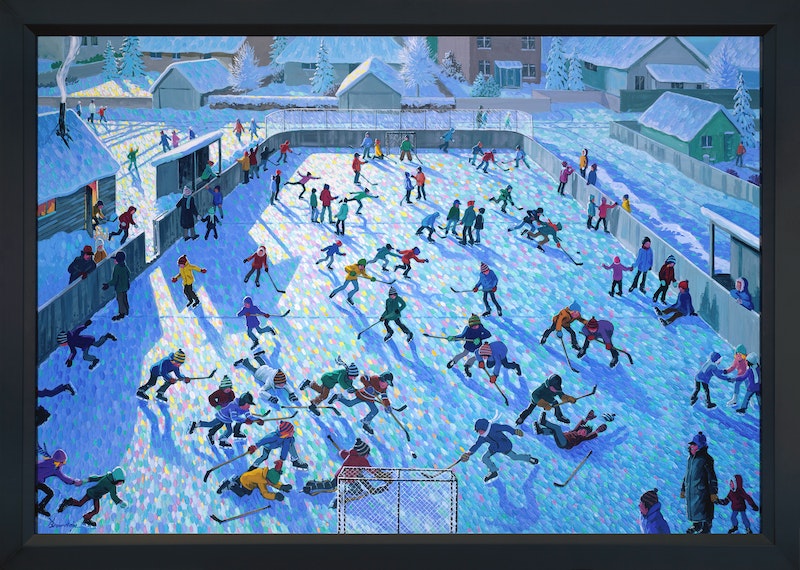