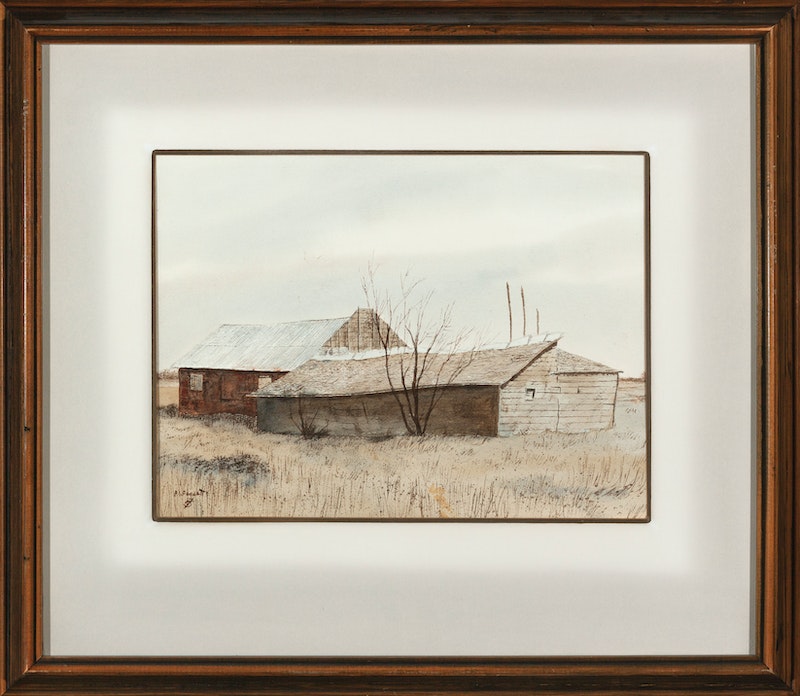 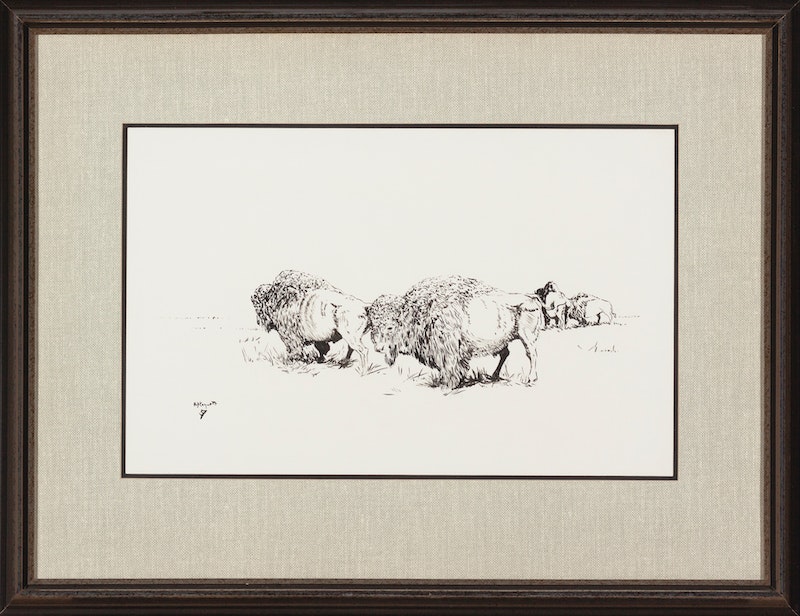 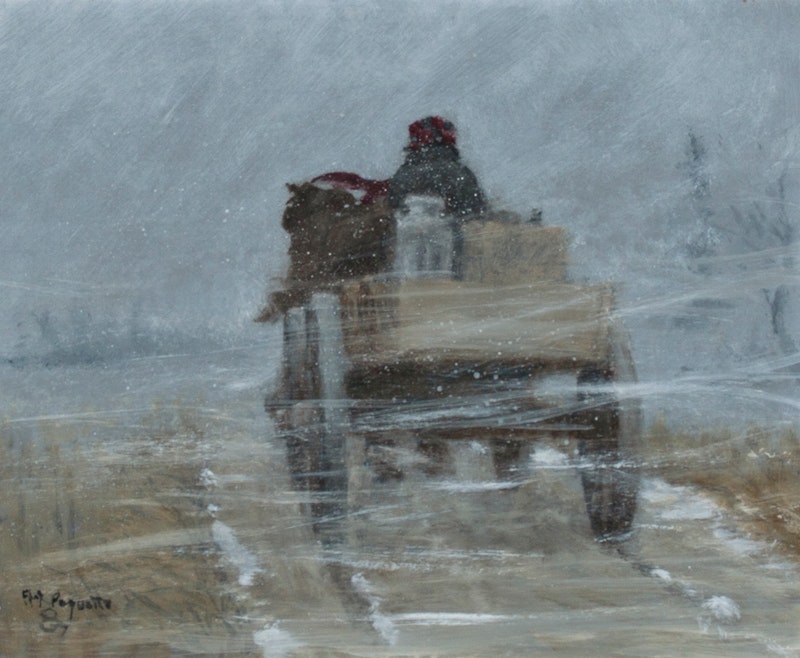 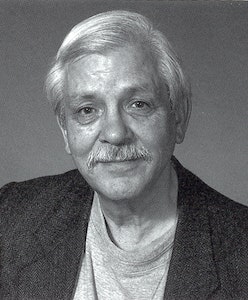 Born in 1930, Armand Paquette grew up amid the ethnic diversity of Winnipeg’s bustling North End.  His early years were divided between Winnipeg and his grandparents’ home in the northern town of the The Pas, Manitoba.  His childhood experiences of city and country life profoundly shaped his artistic identity in later years.

In the 1960s, Armand and his young family moved to Arden, Manitoba, 5 miles S.W. of Neepawa, Manitoba.  It was there he came to know the Stewarts, three elderly siblings, John, Gracie and Duncan, who maintained a way of life much like that of the early settlers.  Portraying their simple lifestyle became Armand’s artistic focus for many years. His paintings of the Stewarts from that period are often recognizable by the appearance of the family’s two horses, one white and one brown.

The Paquettes moved to the town of Ladywood, northeast of Winnipeg in the 1980s, and his artistic focus gradually shifted to town and themes inspired by his childhood memories.  In the mid 1990s, Armand Paquette produced a series of paintings and sculptures portraying the Winnipeg of his childhood.  Many of these paintings were compiled into a book entitled Markings, Scenes and Recollections of Winnipeg’s North End. His portraits of western Canadian life have earned him a loyal following among collectors.  Always a keen observer of life around him, he finds inspiration in his recollections of the ordinary people and places of his experience.  These people and everyday occurrences find their way into his paintings.  The heart-warming quality of his paintings is found in his bronze sculptures as well.  Paquette’s three dimensional work is an extension of his painting, as if the figures have stepped from the canvas.

The work of A.J. Paquette is found in many private and corporate collections across Canada and the United States. He continues to live and work in Ladywood, Manitoba.

Want to get notifications or exclusive online offers for artwork by Armand Paquette? Add them to your collector profile and let us know what you're looking for. 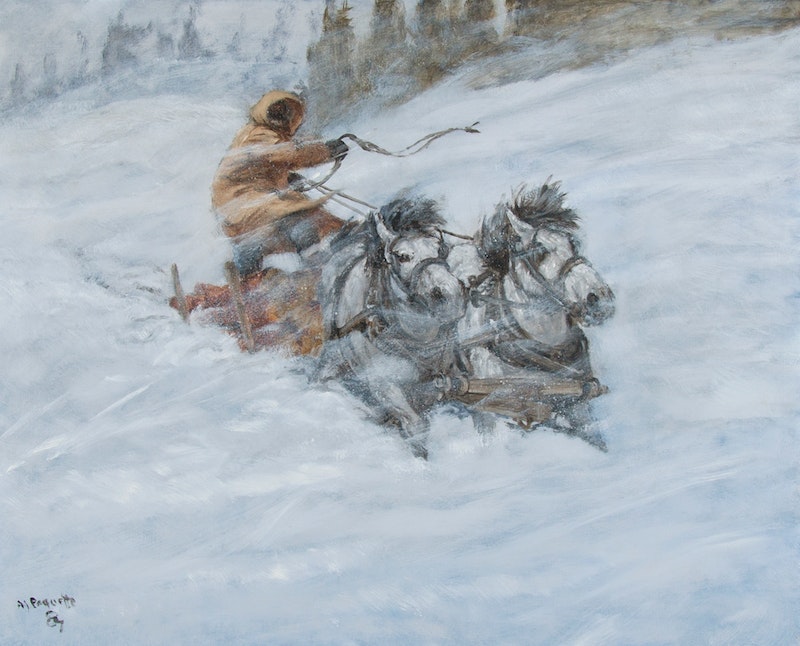 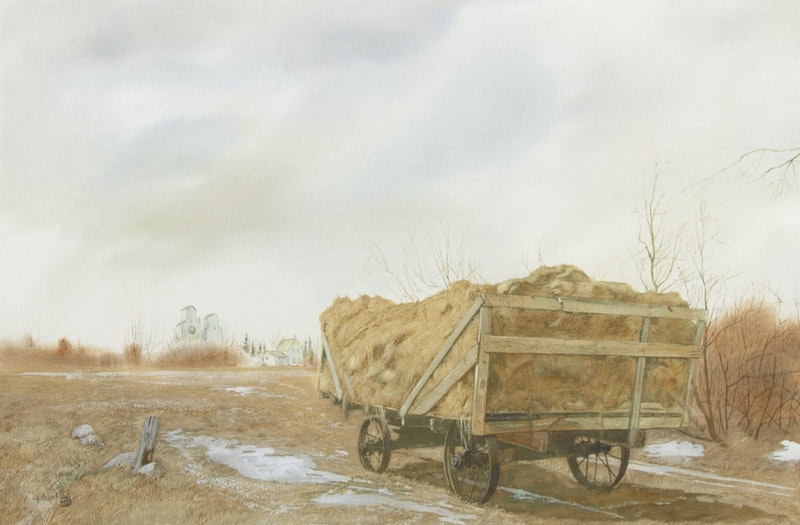 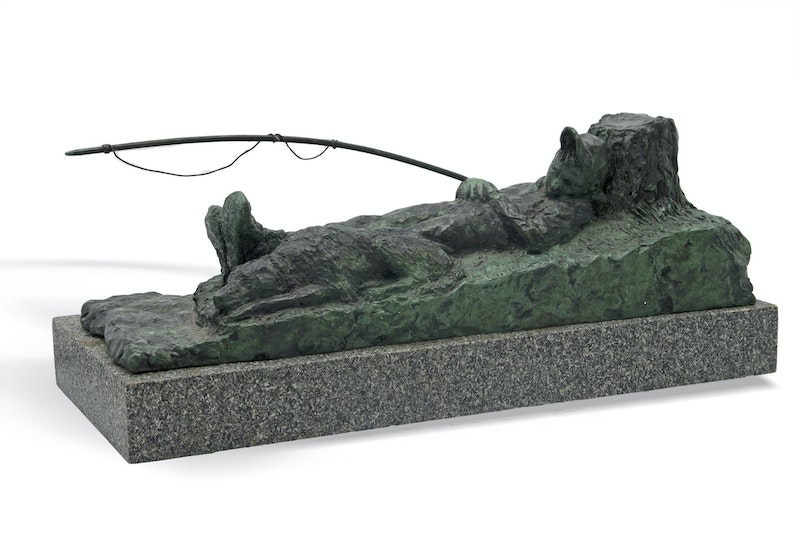 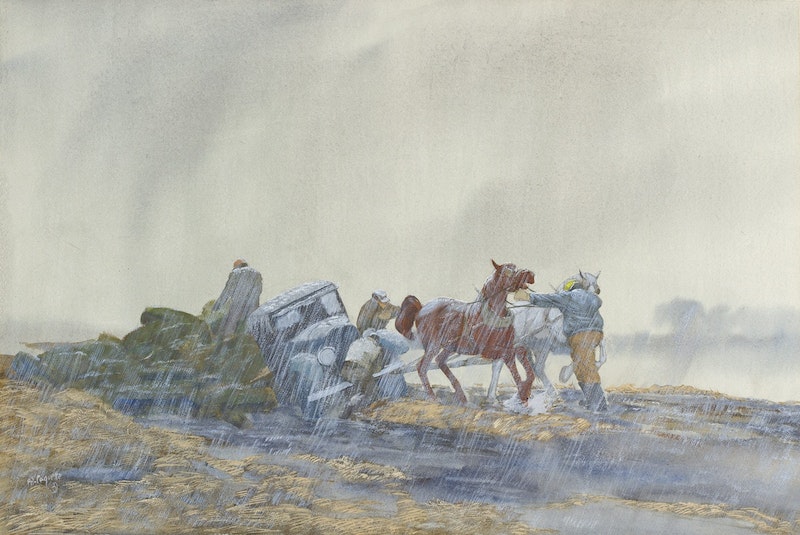 Tom, this is the second time this year 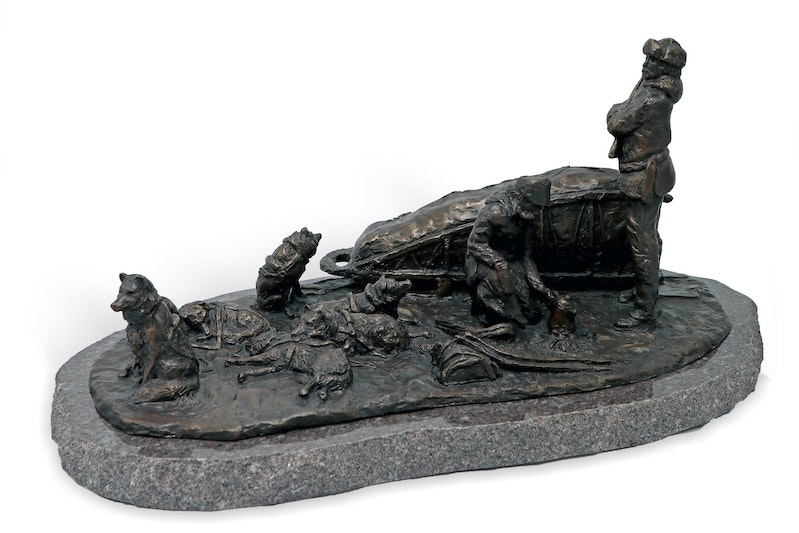 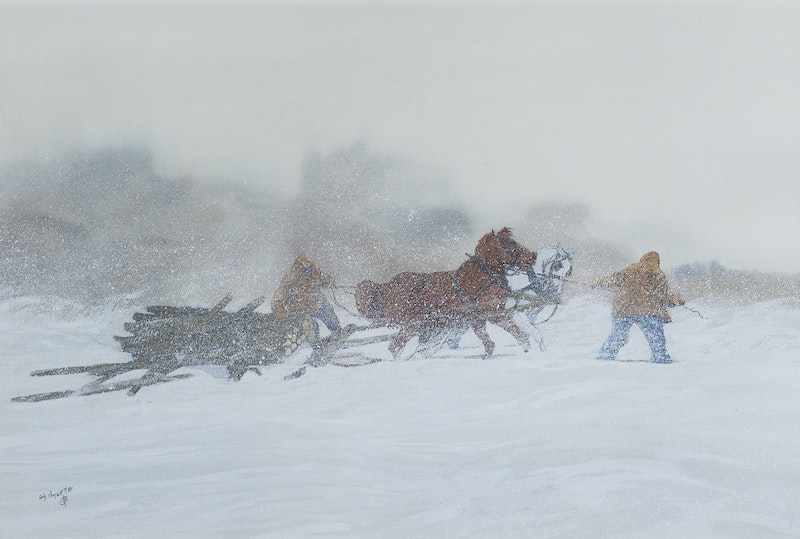