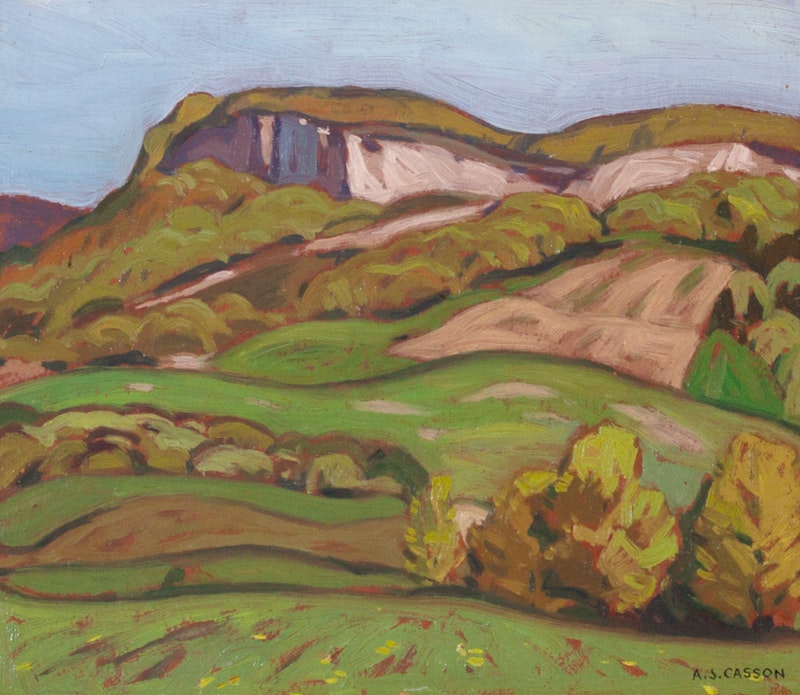 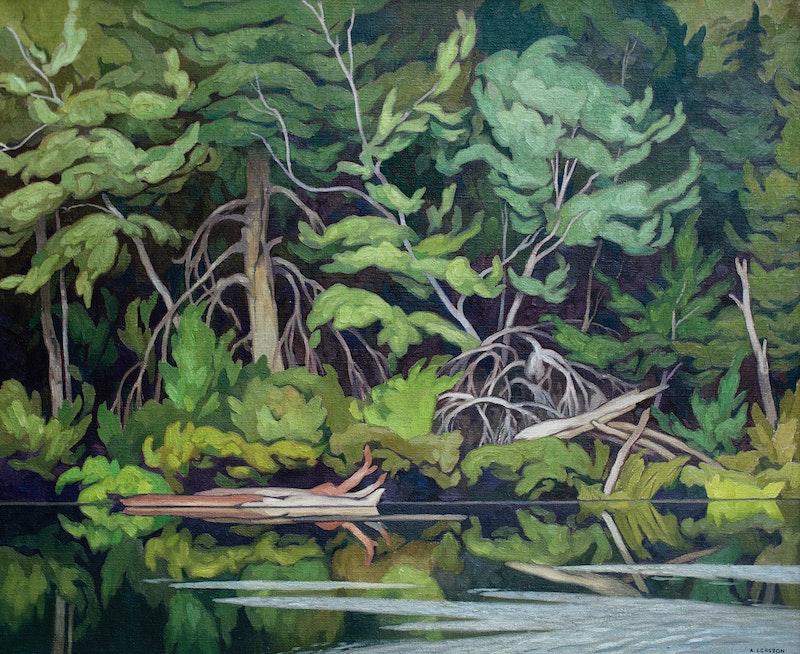 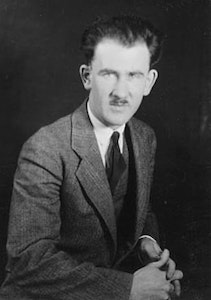 When the young A.J. Casson first took a position as design assistant to Franklin Carmichael at the firm of Rous and Mann, he could not have known the remarkable direction his career would take. The demanding but affable Carmichael became a friend, mentor and sketching companion. In fact, it was Carmichael who introduced Alfred Casson to members of the Group of Seven at Toronto’s Arts and Letters Club. The dedicated artist began to exhibit with the Group and became a natural successor to Frank Johnston when he left to pursue other interests. In his depiction of the more settled areas of southern Ontario, A.J. Casson was deliberately seeking out subject matter that set his work apart from the preferred material of other Group of Seven members. Alfred Casson’s strong design background shaped a unique painting style, characterized by graceful lines and carefully considered compositions. With the passing of time his style underwent a subtle change in which pattern became an essential element in his work._ In addition to his dedication to excellence in his own work, A.J. Casson was instrumental in the formation of important Canadian art organizations such as the Canadian Society of Painters in Watercolour, the Canadian Group of Painters and the WWII War Artists Program. There can be no doubt that over a long career, which spanned much of the 20th Century, Alfred Joseph Casson left an indelible mark on the Canadian art landscape.

Want to get notifications or exclusive online offers for artwork by Alfred Joseph Casson? Add them to your collector profile and let us know what you're looking for. 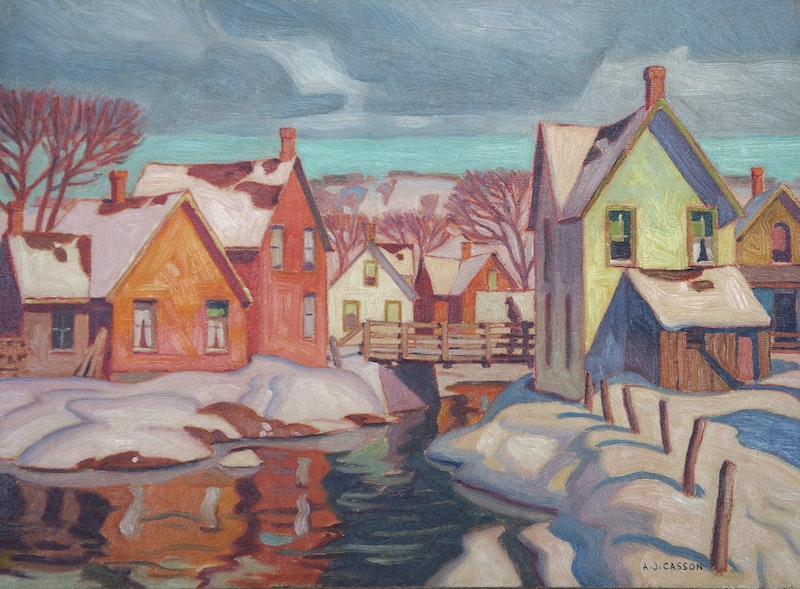 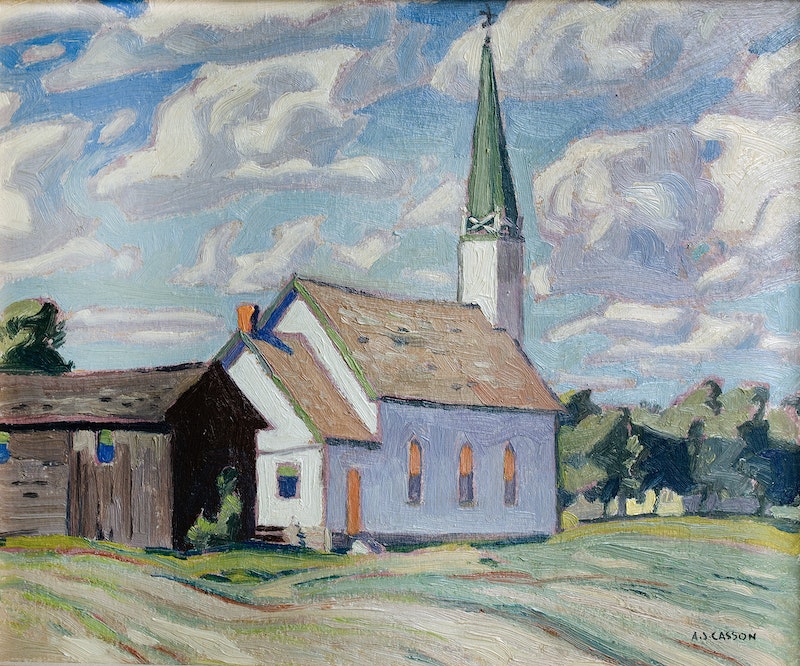 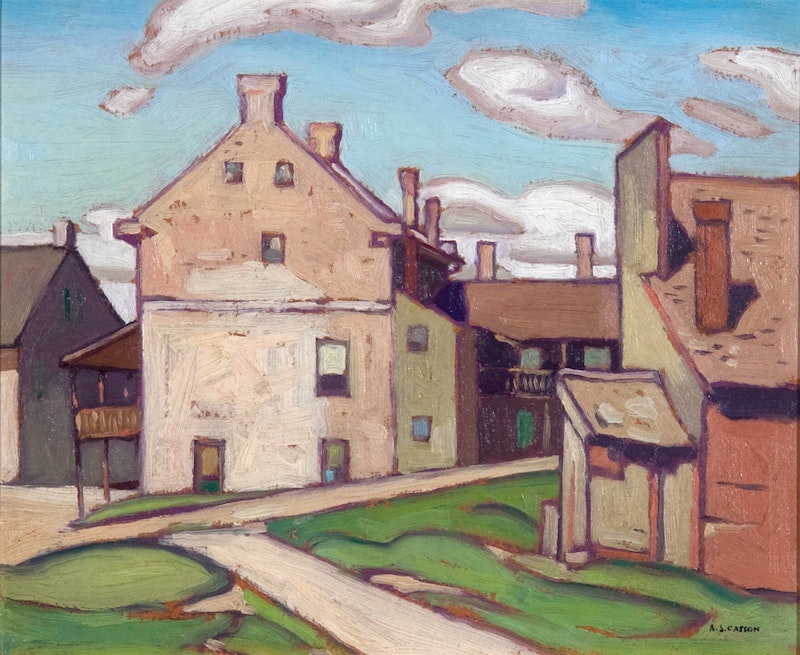 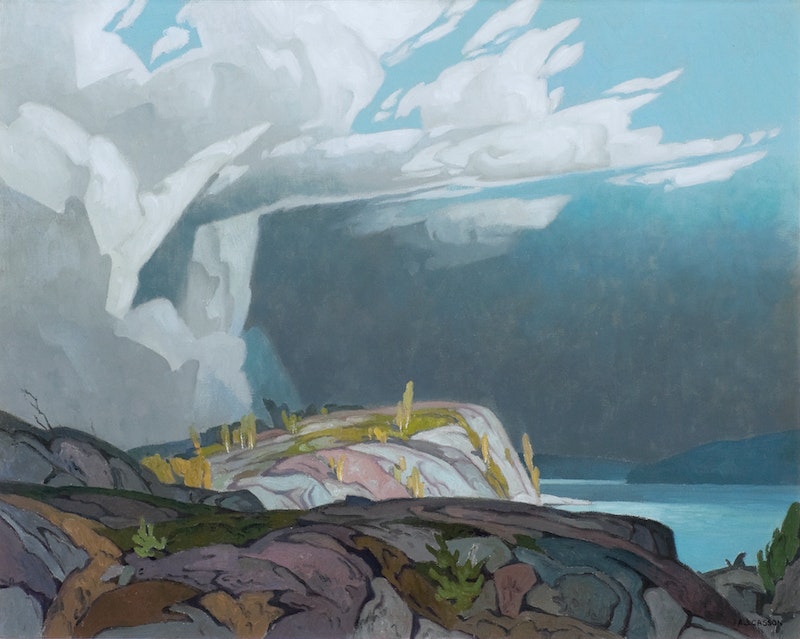 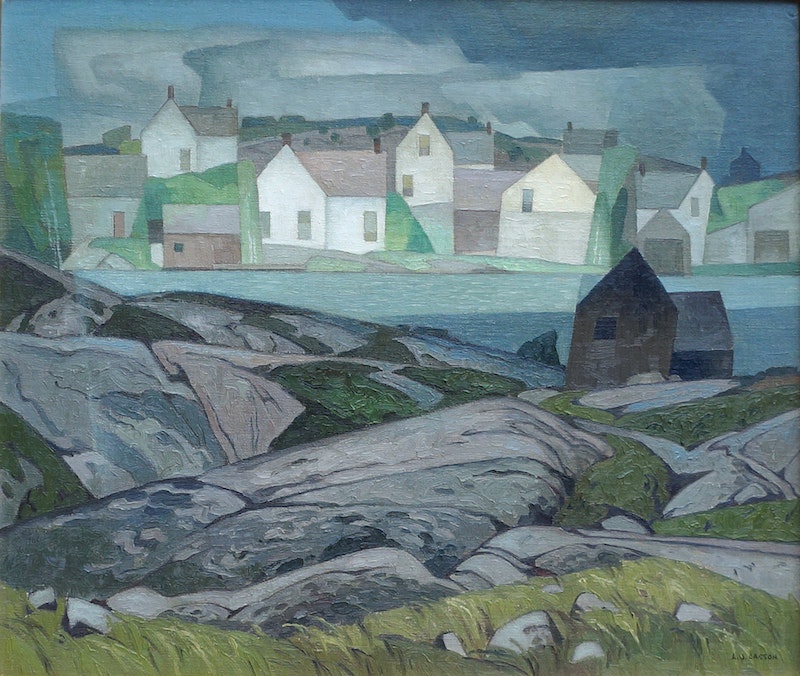 Village on the Inlet 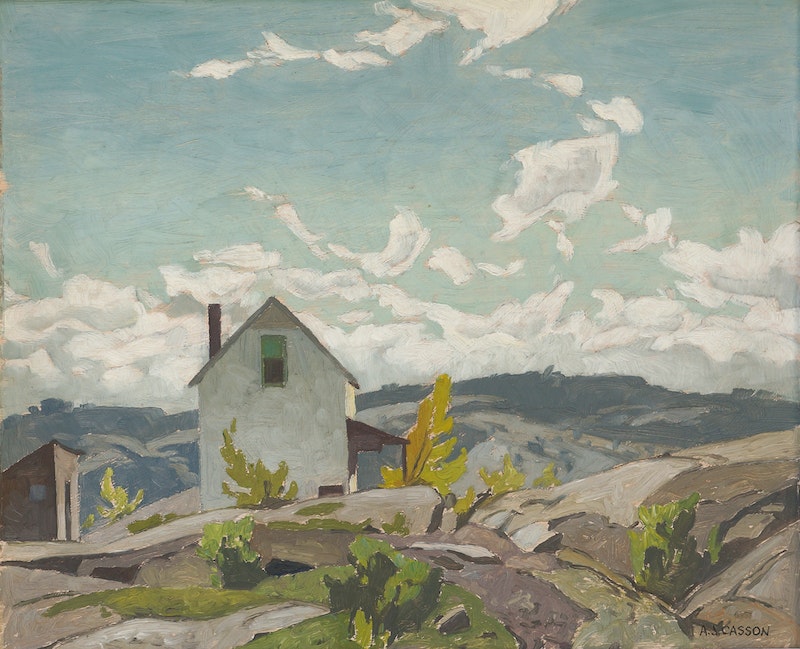