Mayberry Fine Art is privileged to participate in this partnership with CancerCare Manitoba Foundation and The Estate of Peter McConville. The Foundation was a cause close to Peter’s heart.

A consummate artist and generous Manitoban, Peter McConville courageously lost his battle with cancer last November, leaving a tear not readily mended in the fabric of his community in Winnipeg. Mayberry Fine Art would like to honour Peter, his beloved wife Marian and his charitable legacy by offering an exclusive print edition of Peter’s buoyant painting, Spring, in support of CancerCare Manitoba Foundation.

The full proceeds from the sale of this limited edition of 30 archival pigment prints, valued at $1,500 CAD each, will go directly to CancerCare. In addition Winnipeger’s Brian and Lois Klaponski, local art enthusiasts and supporters of Peter’s work, have graciously offered to personally match each donation to a total of $45,000. When the entirety of the edition sells a total contribution of $90,000 CAD will have been raised for the benefit of CancerCare Manitoba Foundation.

All funds donated to the Foundation remain in Manitoba supporting an internationally recognized team of health professionals at CancerCare Manitoba who provide outstanding care for patients and their families. In partnership with donors, the Foundation’s mission is to support CancerCare’s strategic priorities. Donor generosity helps bridge the gap of initiatives and programs not eligible for government funding or where financial resources are not available, including prevention, early detection, clinical trials and leading-edge research and treatment.

Prints are sold on a first come, first served basis. Payments may be made by cheque payable to CancerCare Manitoba Foundation and mailed or dropped off at either Mayberry Fine Art gallery locations in Winnipeg– 212 McDermot Avenue or Unit 138-2025 Corydon Avenue.

Like Roy Lichentenstein, who introduced the ink-saving ‘Ben-day’ dots of comic books into his art, McConville adopted the language of commercial printing processes in his paintings. His characteristic use of fields of saturated and flat colour was informed by his early professional experience in textile design.

In his Mirage and Between Lands series, McConville inventively combined the dialects of printers, photocopiers, and computer screens with the visceral matter of paint– seemingly before the ubiquity of Photoshop. McConville often yoked photography and location sketches to create his glittering imagery. His interest in depicting the flora, fauna and figures of the Canadian landscape was informed by his experience of immigrating from Ireland. Transplanted, McConville integrated his observations through abstraction and pictorial assembly. Compositions like Skyline (2004) or Lovers (2004) demonstrate his imaginative layering of urban elements with figurative silhouettes. These shifting yet concentrated shapes seem to anticipate the multi-screen activity of today’s computers or smartphones. They echo the amalgam of his Irish-Canadian identity.

Urban Mirage is on display at the Mayberry Fine Art, Winnipeg Tuxedo location 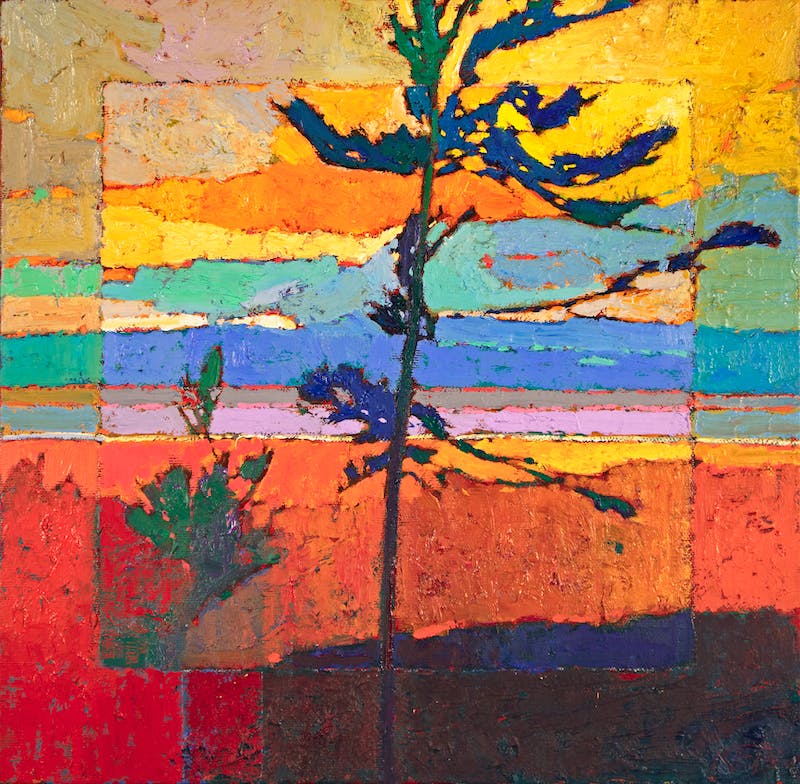 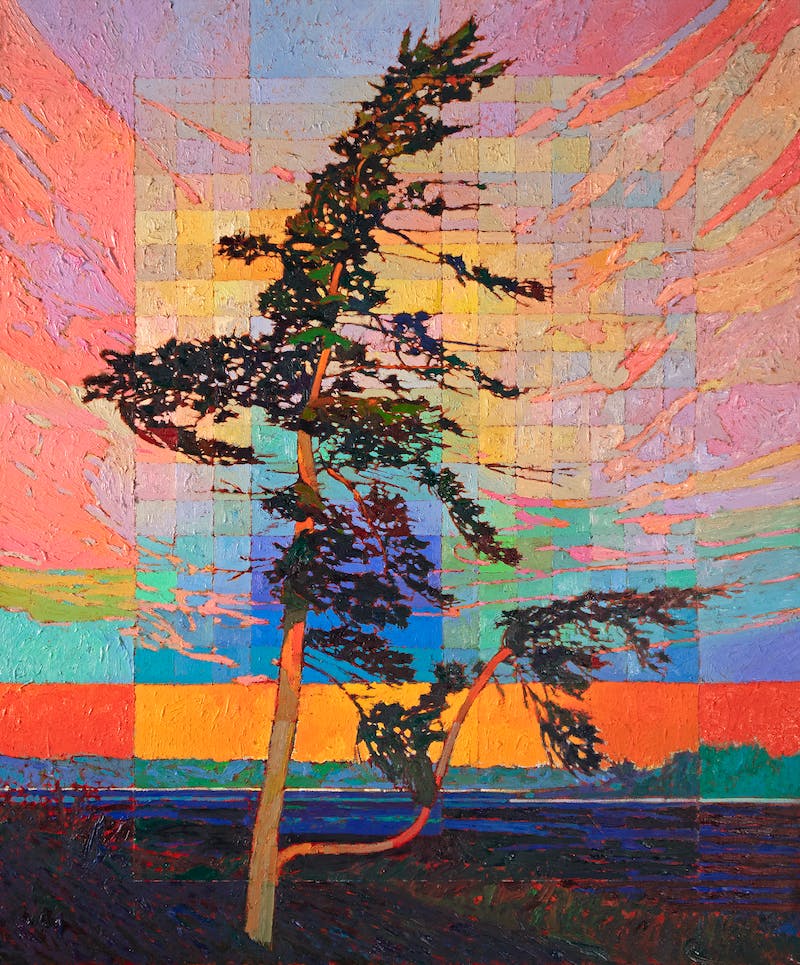 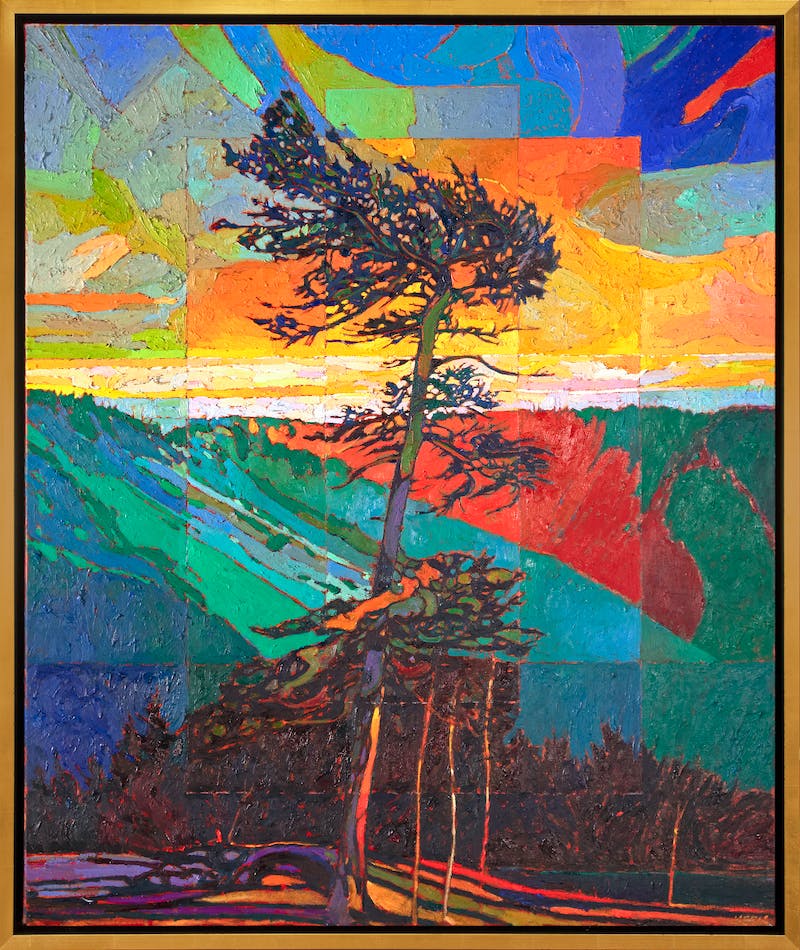 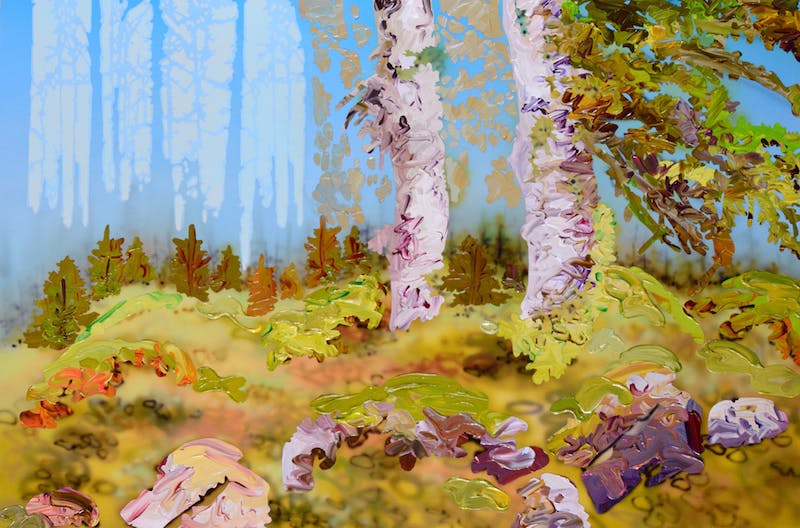 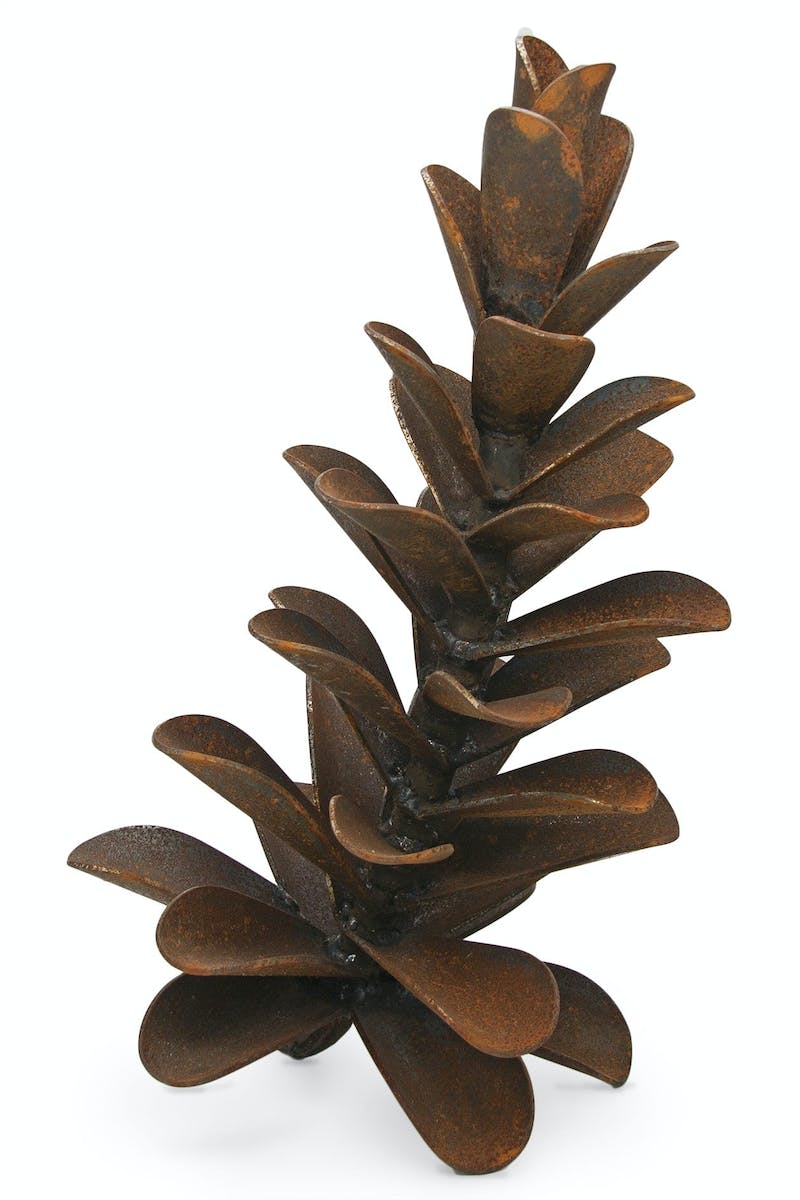 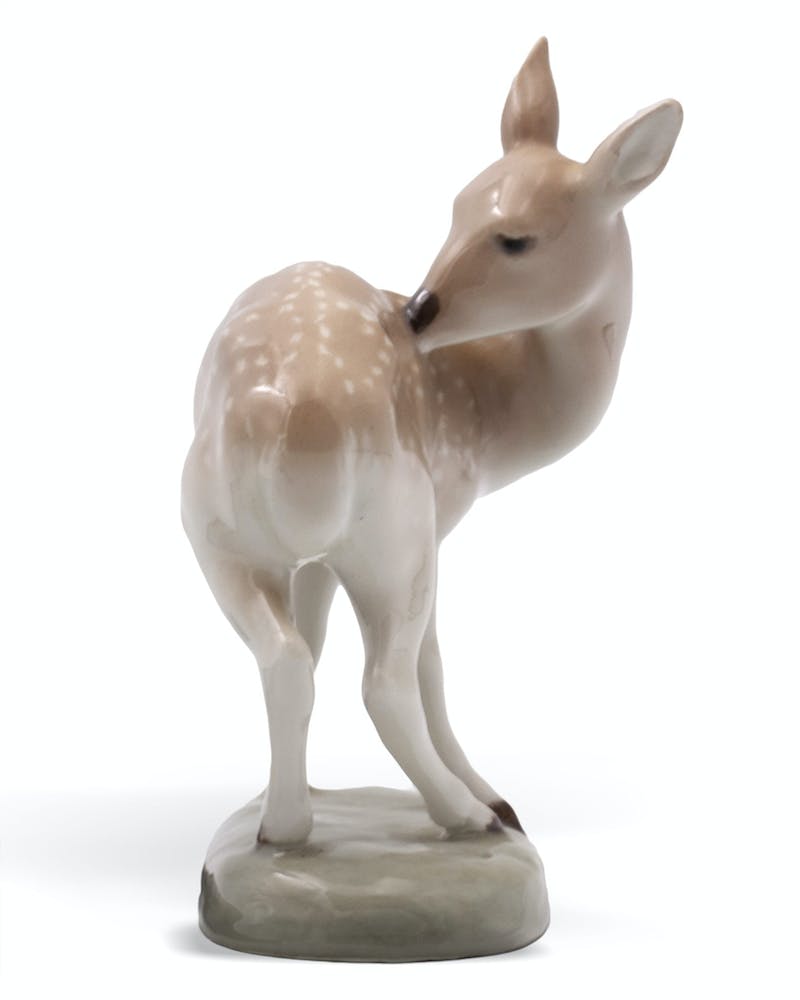 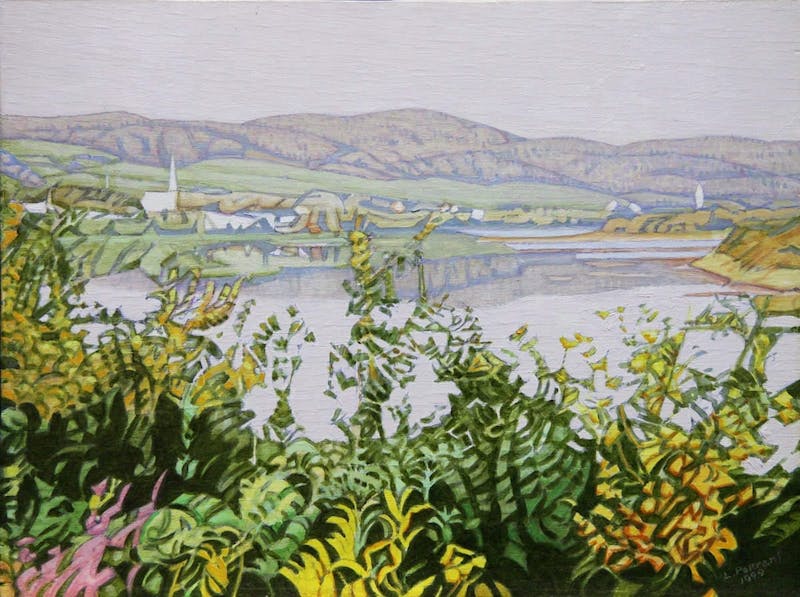 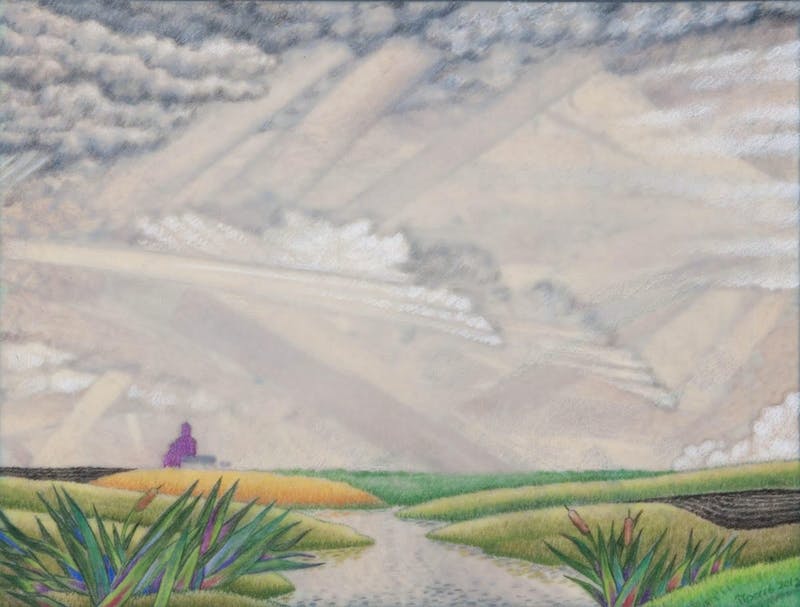