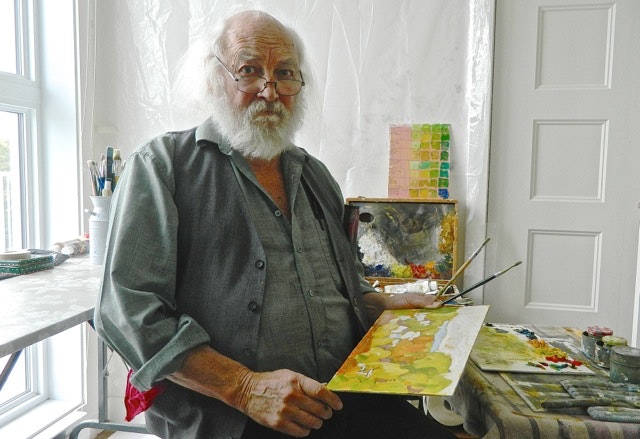 Sometime in the mid-80s, while on a trip to Toronto during art auction month, I happened to attend a Dave Ritchie auction down on King Street East. Dave, who was well known for his lengthy events, often held auctions that could extend into the late-night hours. It was at one of these such events, at the late hours, where I found myself, along with an exhausted audience that had dwindled down to a mere handful of eager bargain hunters.

Earlier that day, while attending the preview, I spotted a large painting of a partially dressed woman sitting in a chair. I didn’t recognize the artist nor the signature on the portrait of this ‘grumpy looking lady’ staring out at me. I ticked that page in my catalog as one to watch. It was almost 11 p.m. and the sale had dragged down to the final last few lots. By now, I had pretty much forgotten about the ‘grumpy lady portrait’ and was about to leave the room when auctioneer Dave called out, “Lot # – female portrait by Robert McInnis. Can I have an opening bid of a hundred dollars?” The few stragglers left in the room were distracted in conversation and no one seemed to pay much attention. On impulse, I put my hand up, and only by this circumstantial chance did I become the proud owner of my first Robert McInnis painting.

In the coming weeks, I was able to get in touch with Robert through an introduction from Rod Green at Masters Gallery in Calgary. At that time, Robert was living in southern Alberta. We became acquainted with phone conversations (pre-internet) and long monthly handwritten letters, which Robert excels at. Gradually, paintings started coming in and we slowly introduced the work to our Winnipeg clients. This began a long-lasting relationship with who is, in my opinion, one of Canada’s great artists.

Many years later, Robert and François moved to Winnipeg and purchased a home with a studio in the Fort Richmond area. Robert had lived in many different regions of Canada and decided to spend some of his senior years in our city. Finally, after a twenty-plus-year relationship, Joan and I were able to have them to our home for dinner.

I had never told Robert about my earlier introduction to his work and my chance encounter with his ‘grumpy lady painting’, which to this day hangs beside the fireplace in Joan and my living room. Robert was both pleased and surprised when he saw the painting in our home. He remembered it well and recalled painting it around 1982. He even remembered the model, whom he described as much more pleasant than she appeared in his painting!

For a look at works by Robert McInnis please view his Biography and available works, 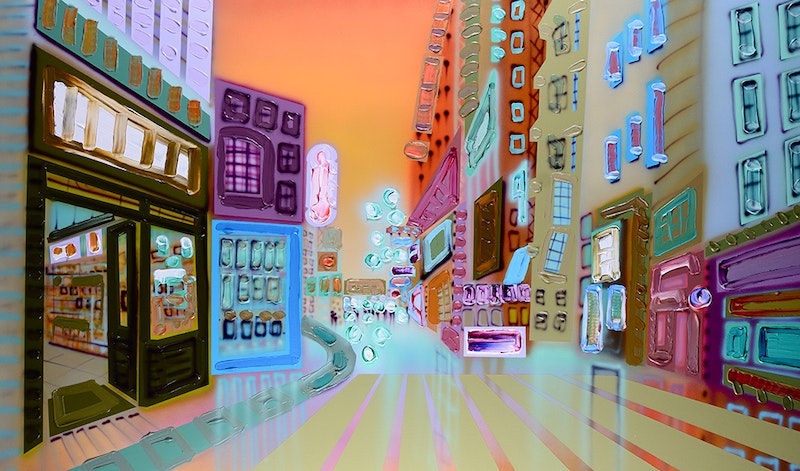 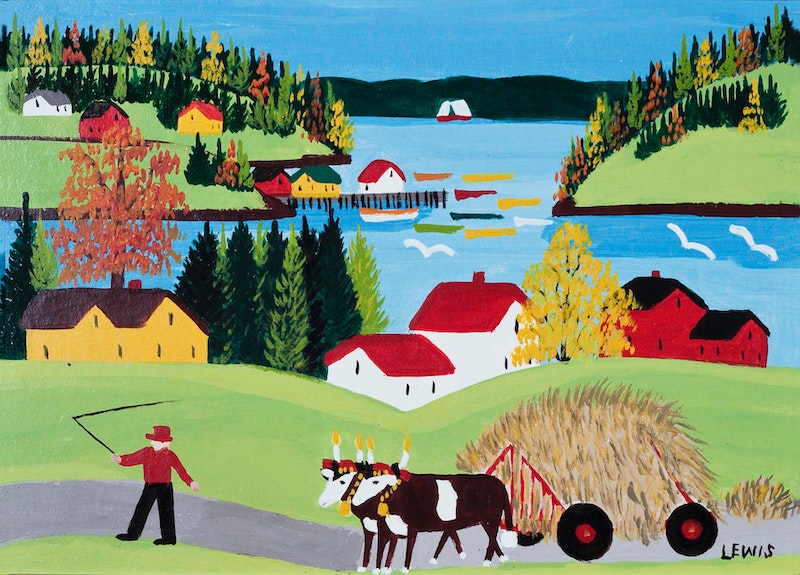 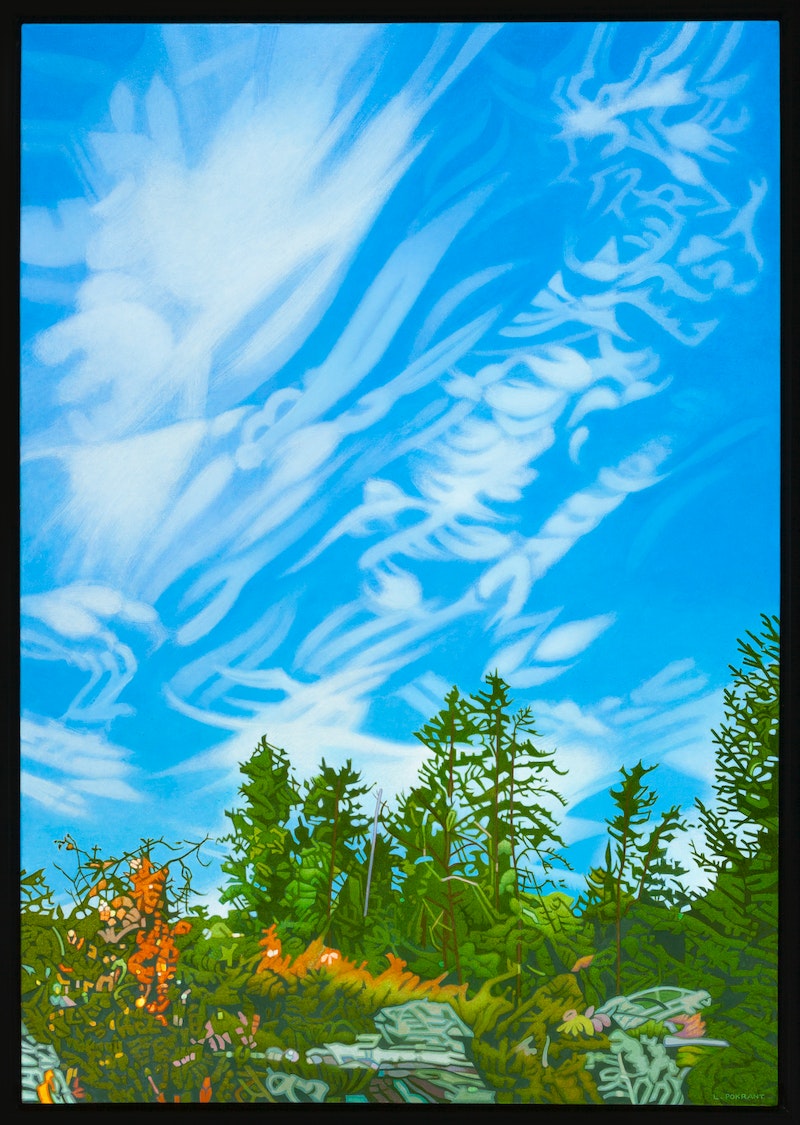 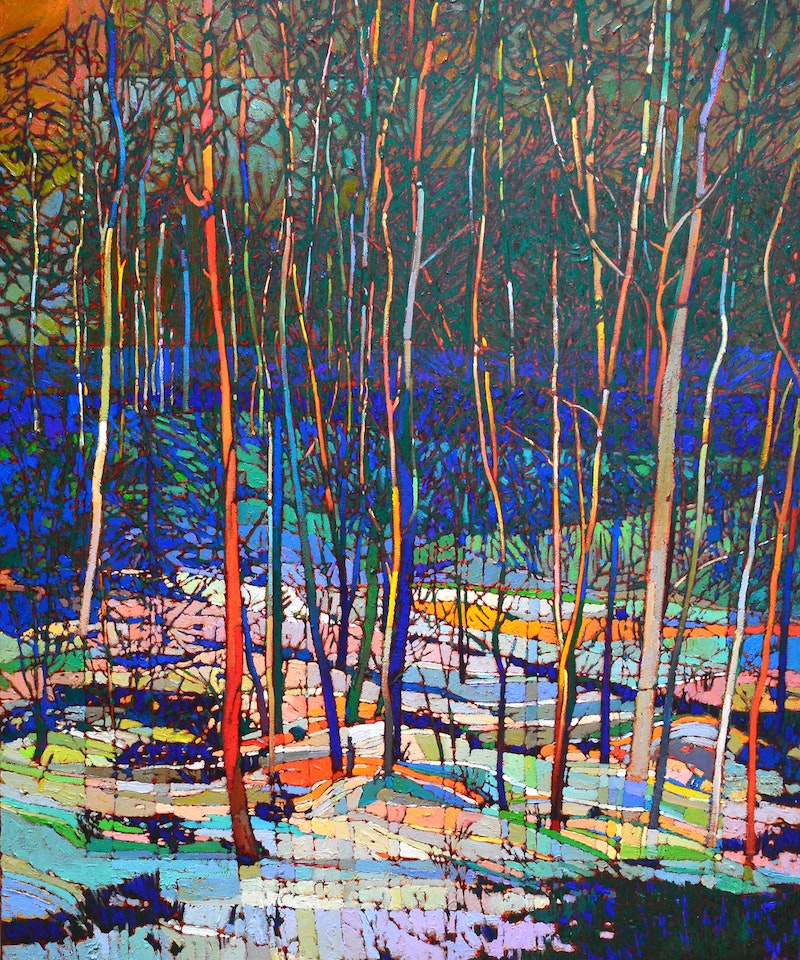