Mayberry Fine Art Toronto is pleased to present a selection of important work from the 1960s, 70s & 80s by iconic geometric abstract artist, Tony Tascona. Exhibition runs from May 4 - 29. 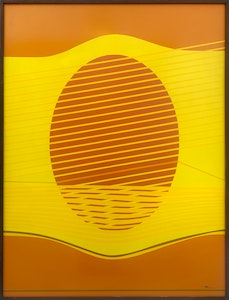 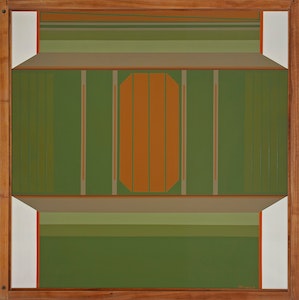 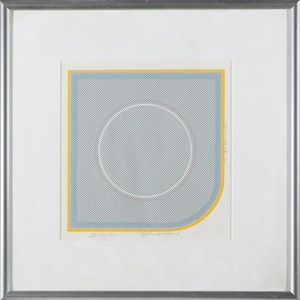 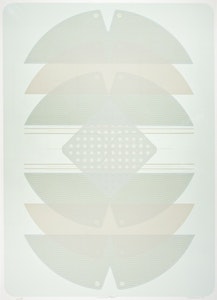 Mayberry Fine Art Toronto is pleased to present a selection of important work from the 1960s, 70s & 80s by iconic geometric abstract artist, Tony Tascona. Tascona was born in 1926 on the outskirts of Winnipeg, one of 16 children. As a young man when WWII broke out, he was drafted into the army and went on to play hockey and baseball at the minor league level. In 1949, Tascona made the transition to visual art and attended the Winnipeg School of Art where he became familiar with modern art trends and theories. Following graduation, he began work as an aviation technician for Air Canada where he worked closely with industrial materials including aluminium, high-grade paints, lacquers, resins and plastics that went on to influence his work. After moving to Montreal in 1962, he befriended members of the Plasticiens movement including Guido Molinari and Claude Tousignant, whose hard-edge colour field painting intersected with his own interest in geometric work. Tascona returned to Winnipeg after two years and began to simplify his compositions. The fusing of industrial materials with high art became his signature and made his work immediately recognizable. The work spoke for itself and Tascona became a powerhouse in the Winnipeg art scene. Among his most notable commissions were two monumental “aluminium constructions” for the Manitoba Centennial Concert Hall, which showcased his gracefully elegant industrial forms, and his work for Fresh Water Institute at the University of Manitoba where he experimented with epoxy resins. Tascona continued to exhibit throughout the 1980s and was active in the development of the arts in Canada founding the Tony Tascona Bursary with the University of Winnipeg and served as board member on Royal Canadian Academy, National Gallery of Canada, among other institutions. He lived and worked in Winnipeg until his death in 2006. 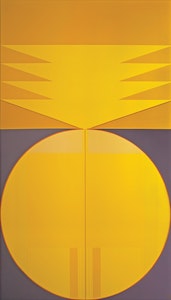 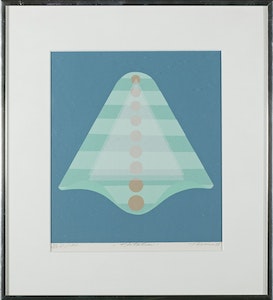 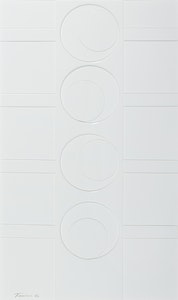 Acrylic Lacquer on Aluminum
36 x 84 in 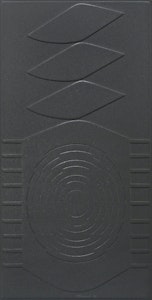 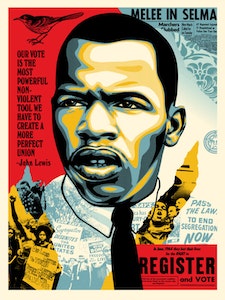 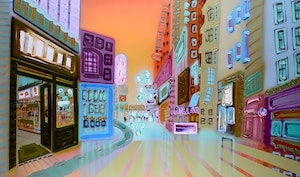 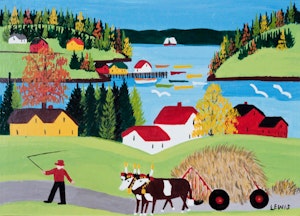 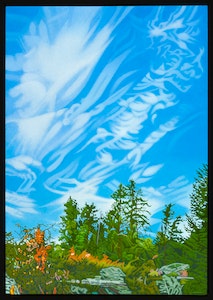