North By Northwest and Into the Sand 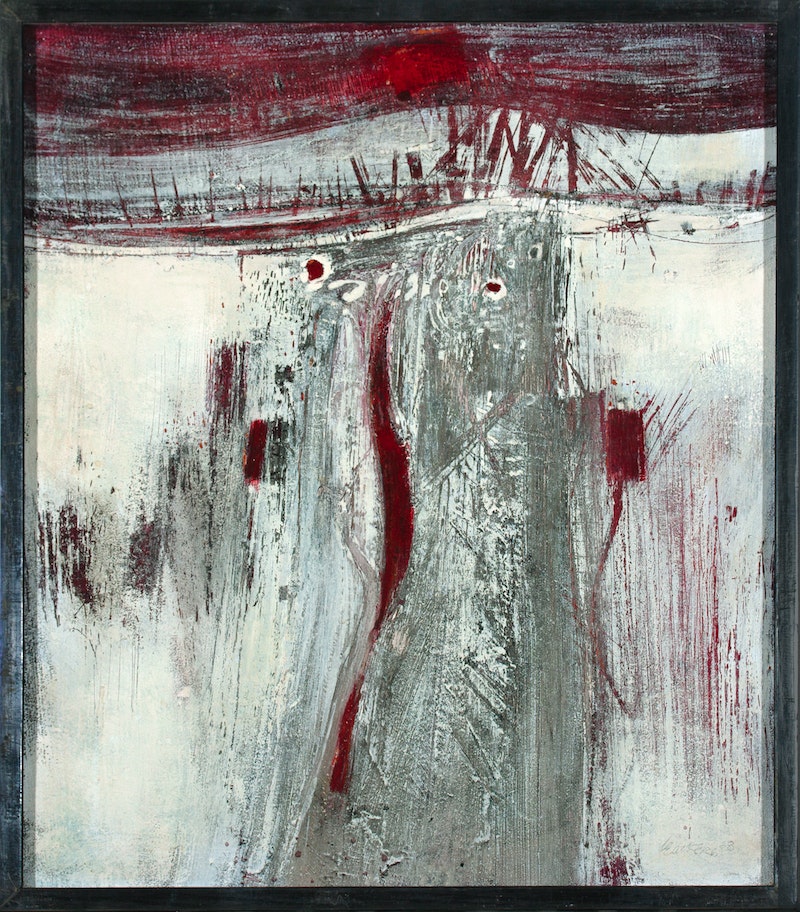 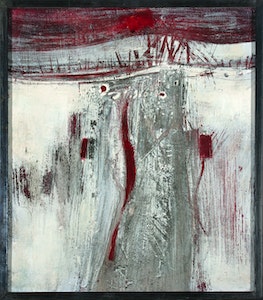 Along with Tony Tascona, Bruce Head and Frank Mikuska, Winston Leathers was one of the “Four Musketeers” (as they referred to themselves) of Winnipeg Modernism of the 1950s and ‘60s. Leathers was born in Miami, Manitoba in 1932 and he studied at the University of Manitoba School of Art from 1952 to 1956 with, among others, the mid-Western American Modernist artists William Ashby McCloy, John Kacere, Richard Williams, and perhaps most importantly, Robert Nelson and Richard Bowman. Rather than building on the local Modernist tradition established by Lionel Lemoine Fitzgerald, the “Four Musketeers” and their cohorts such as Don Strange and Takao Tanabe were inspired by the Modernist modes of production — derived for the most part from Mauricio Lasansky at the University of Iowa and from Onslow-Ford – disseminated by their Americans professors through the School of Art after it joined the University of Manitoba in 1950.9 After graduating, in Onslow-Ford and Bowman’s footsteps, Leathers proceeded to Mexico, where he worked with the Mexican Archaeological Society under Dr. Carmen Cook de Leonard. In 1958 Leathers recognized his calling, and he re-enrolled at the University of Manitoba, graduating from the Manitoba Teachers’ College as an art educator in 1960. He would go on to pursue a forty-year-long pedagogical career, teaching basic design and printmaking first at the Industrial Design Department of the Winnipeg Technical Vocational High School (1958-68) and then in the Environmental Studies Department in the Faculty of Architecture at the University of Manitoba, where he taught from 1969 until his retirement as full Professor in 1993. Leathers was a gifted, dedicated, generous and influential teacher.

Leathers’ experience working with students in applied fields associated with technical sciences has had a profound effect on his work, which is marked by a fascination with new techniques. But Leathers has never been interested in new technologies for their own sake. This interest has always been modulated by his fascination with Eastern spirituality, particularly Zen Buddhism, the latter which became important to him after he won a Festival of the Arts Scholarship to attend a two-and-a-half-month program for young artists at the University of British Columbia in 1961. In addition to his intensive teaching activities, throughout his career, Leathers maintained a professional artistic practice. Thus, in addition to more than 30 solo shows, he has shown in about 140 group exhibitions throughout Canada, the United States, Europe, Japan and the Caribbean. His work is found in over 50 public and corporate collections in Canada and elsewhere, including most of the major Canadian collecting institutions. While there has been surprisingly little written about Leathers, the critical acclaim accorded Leathers’ work during the course of his career began – auspiciously enough — with Clement Greenberg, who, in his 1963 review of Modernist art in Western Canada, noted that Leathers was the only Winnipeg painter whose work “looked aggressively up-to-date.”

He passed away in Kenora, Ontario on 20 July 2004 and was buried in the Miami Cemetary.

Want to get notifications or exclusive online offers for artwork by Winston Leathers? Add them to your collector profile and let us know what you're looking for.

Browse all works by Winston Leathers