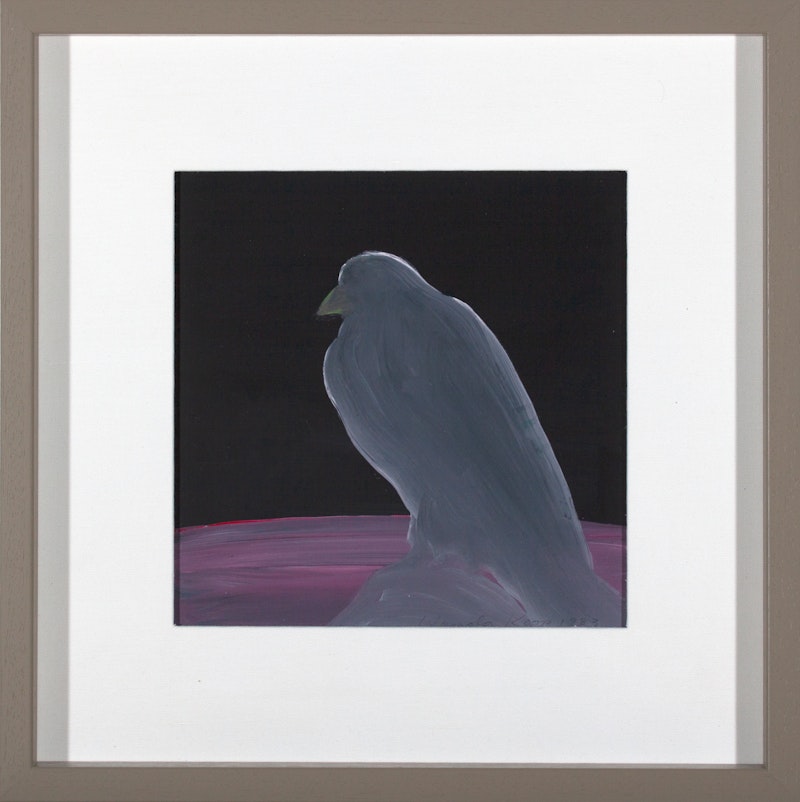 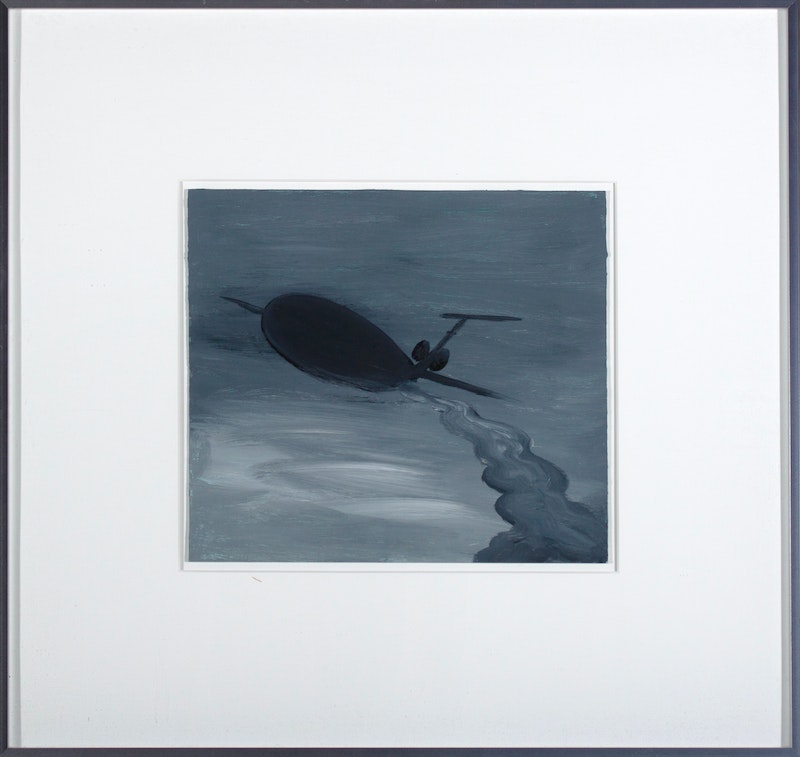 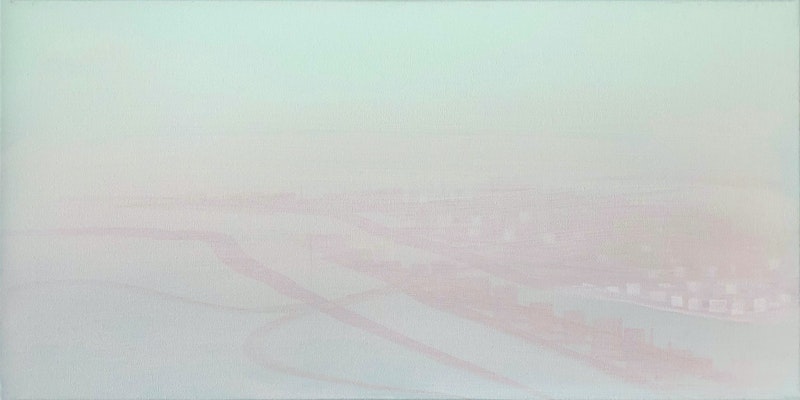 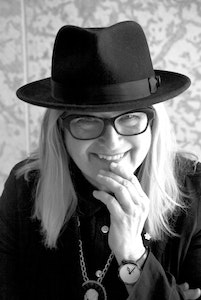 Wanda Koop is an internationally acclaimed artist. The recipient of many honours, she holds doctorates from both the University of Winnipeg and the University of Manitoba, as well as the Emily Carr University in Vancouver. She was made a Member of the Order of Canada in 2006, and has also been the subject of a major exhibition co-presented by the Winnipeg Art Gallery and the National Gallery of Canada, from 2010 through 2011._x000b_Born in Vancouver, Koop grew up in Winnipeg. As a young child, she attended Saturday morning art classes at the Winnipeg Art Gallery (WAG) and continued to receive instruction until the age of thirteen with the support of the Winnipeg School Division. The WAG would later exhibit her work while she was still a student at the University of Manitoba. She graduated from the School of Art at the University of Manitoba in 1973. In 1987, Koop was quoted in an interview saying that painting was never a choice for her – it was an imperative. As a female artist in a male dominated field, she identified Georgia O’Keeffe and Emily Carr as role models who inspired her as a student and emerging artist. She said that they gave her “the strength not to waver.” She also asserted that they showed her “a way of making art that came from a deeper place.” Koop developed her distinctive painting technique early in her career. Characterized by an immediacy and authenticity, it involved building up variously opaque and translucent washes of paint. The large scale of her paintings seemed to surprise and rankle the critics, who described them as “massive” and “billboard-like.” When asked, she characterized her oversized works as “intimate,” a description that still rings true. _x000b_A distinctive use of colour is another important element of Koop’s art. Early on, she recognized that colour was a language in itself – a tool with which to communicate her thoughts and ideas. Through the use of earthy neutrals, combined with hues of vibrant intensity, Koop is able to convey a sense of light, which seems to pop off the canvas. She also uses colour as a way to make the transition from one art series or concept into the next. Although based in Winnipeg, Koop has always felt that international travel is essential to keep in touch with culture and events around the world. Over the years, her extensive travels have taken her to China, Japan, India, Ukraine, South America and Europe. A keen observer, Koop soaks in the essence of each destination, sorting out what speaks to her the most. Early in her career, Koop developed the habit of visual note taking– sketches, photographs and all manner of collected ephemera are meticulously organized in her studio for inspiration. Wanda Koop’s commitment to community service is well known. She is the founder of Art City, a storefront art centre for inner-city youth at risk, and is actively involved in other neighbourhood revitalization initiatives that benefit the community. As a participant in the Manitoba Arts Councils “Artists in the Schools” program, Koop has also traveled to many remote and rural communities. Her unwavering commitment to her own artistic process make her confidant that art can be a force for good in the lives of others as well. It is this same commitment to artistic exploration and inventiveness that gives this artist’s work its innate authenticity and strength. The elegance and sometimes deceptive simplicity of Wanda Koop’s paintings attest to the maturity of a dedicated artist who has come to trust her instincts – an exemplar we can all aspire to. She is one of Canada’s most distinguished and inventive artists. Her painting and video career spans four decades and includes over 50 solo exhibitions. She is the recipient of national and international awards such as the Canada Council “A” Grant, The Paris Studio, the Japan Fund Award, and the Manitoba Arts Council “A” Grant. In 2002 she received The Queen’s Golden Jubilee Medal.

Mayberry Fine Art and our clients are actively seeking works by artist Wanda Koop for purchase or consignment. Contact us for confidential assistance when offering a work by Wanda Koop for private sale.

Want to get notifications or exclusive online offers for artwork by Wanda Koop? Add them to your collector profile and let us know what you're looking for. 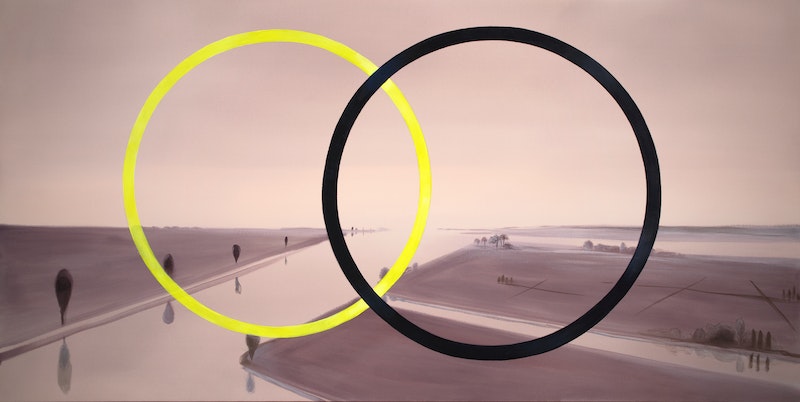 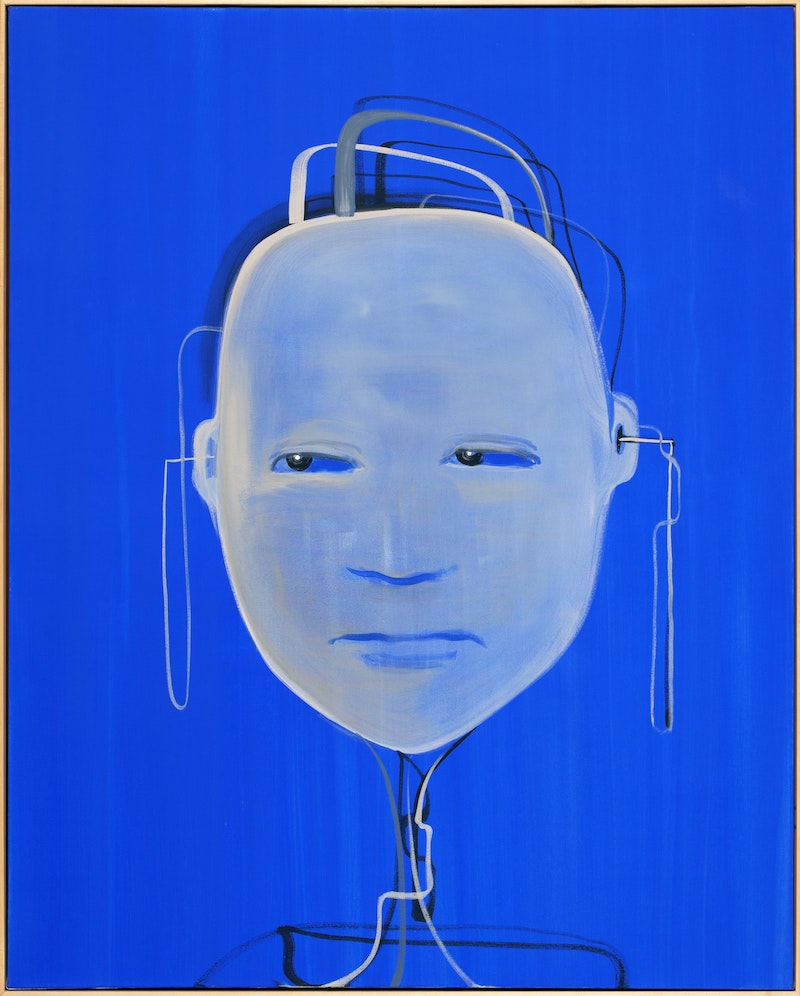 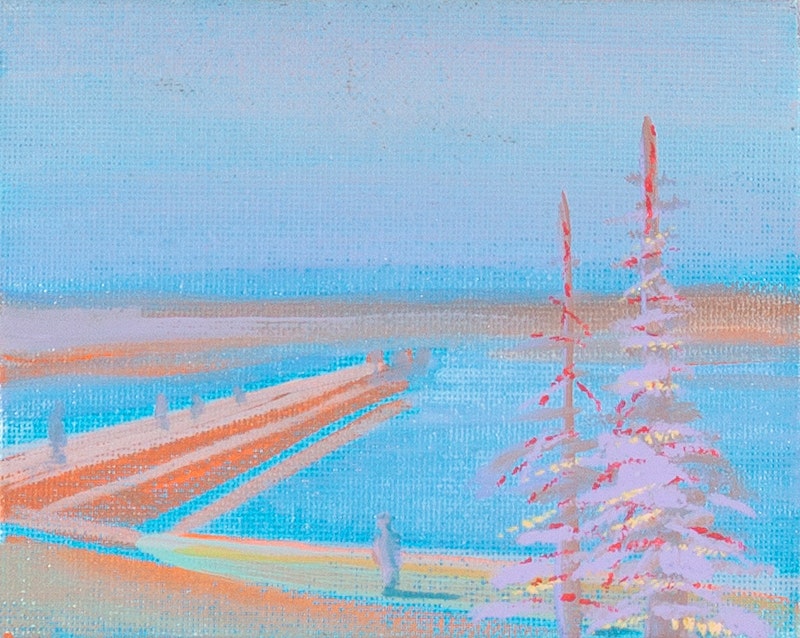 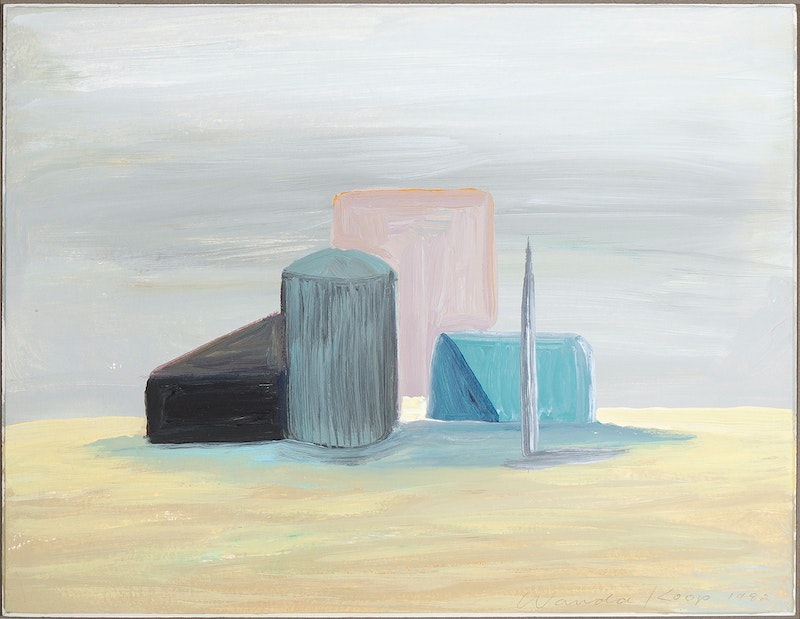 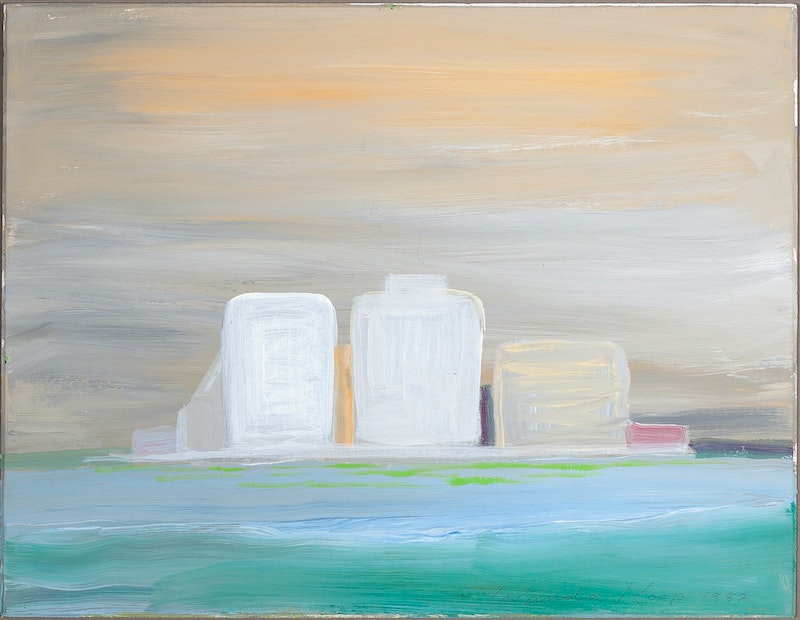 Building in the Pool of the Black Star 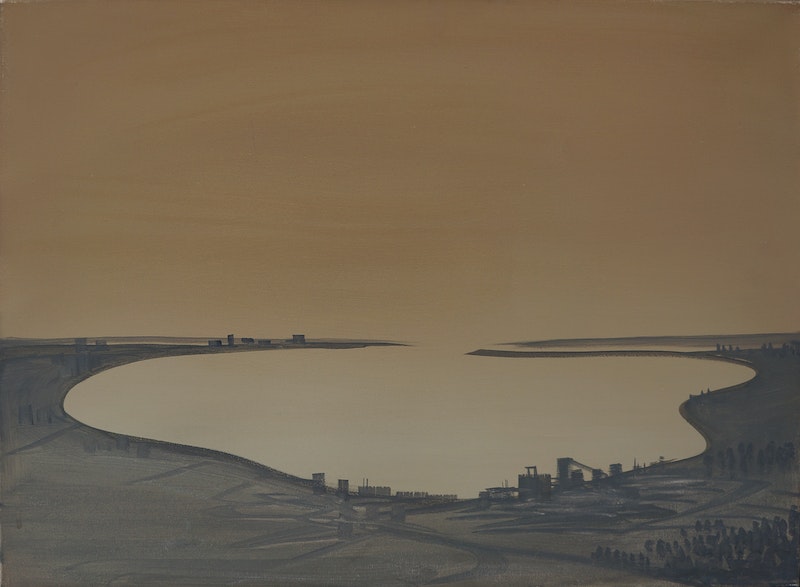