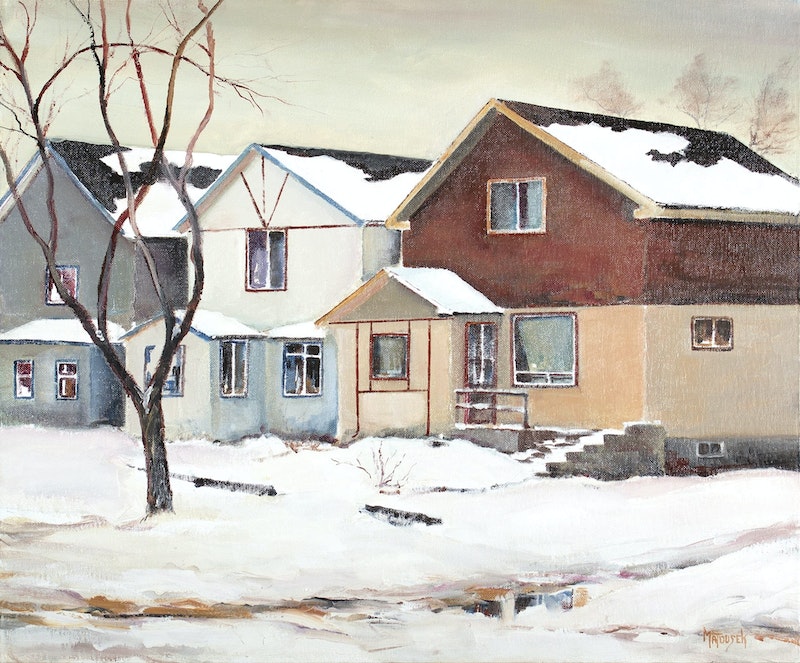 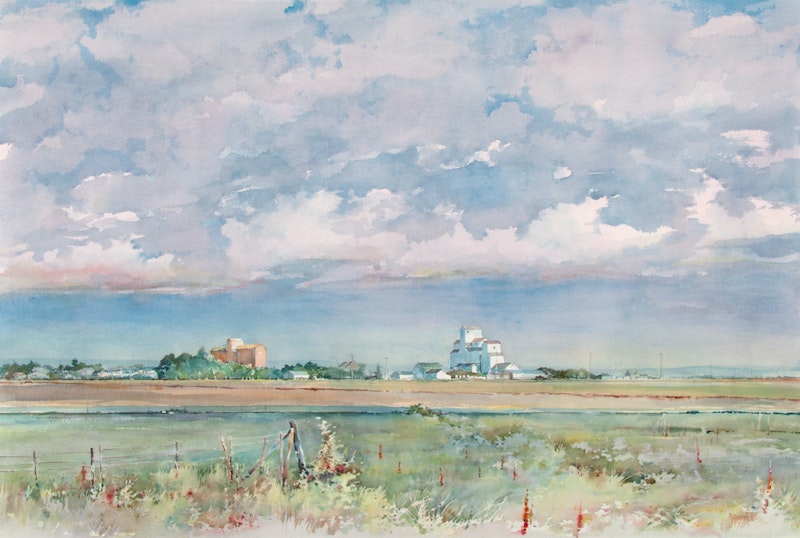 Watercolour and Acrylic on Paper
30 x 45 in 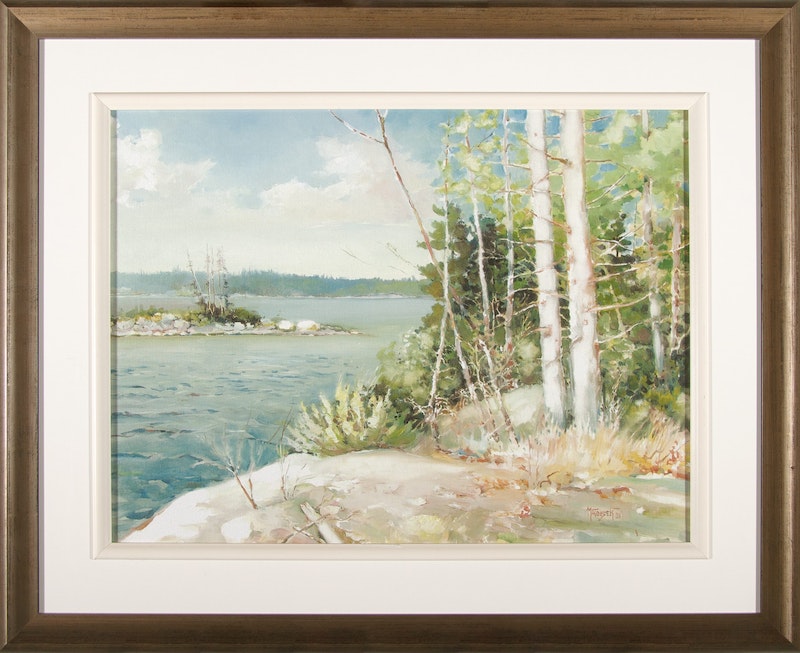 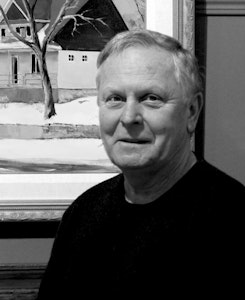 Vojtech (Voita) Matousek was born in Olomouc, Czechoslovakia in 1936.  He lived through the German occupation during WW2, and escaped to the West as a young professional in 1968, following the Soviet crackdown after the collapse of the Prague Spring revolt. (See Czechoslavakian Revolt 1968 https://www.youtube.com/watch?v=-F4du579rcg)  He and his future wife, Kveta, made a daring escape across the border, pretending to be on a brief, daylong shopping trip. They left with little more than the clothes on their backs and their documents sewn into the lining of Kveta’s handbag. They made their way to Canada, arriving in Calgary in 1969.  Their first child was born there in 1970. They then moved to Winnipeg 2 years later, after the birth of their second child.

During his childhood and early life, Vojtech was taught a love of art and painting by his mother.  He attended art classes in his youth, but trained professionally as a design engineer. His credentials went a long way to securing him a place in the workforce and within a short time he landed a position at an engineering firm.  Having arrived in Canada with almost nothing, he was quickly able to establish his young family in their new country.

His colleagues at the Burroughs engineering firm, (later Unysis), noted that his creativity and technical drawing abilities, helped him to excel in his field.  His sense of humour and good nature made him popular with co-workers and he developed a memorable talent for caricature.  This became an unofficial, but enjoyable “on the job” outlet for his creativity.  Throughout his working career, he dedicated free moments to painting.  It was his heartfelt ambition was to make fine art a full-time career in the future.

Matousek quickly grew to love the vast landscapes of his adopted country, and he explored Canada from coast to coast. He was drawn to capture the Canadian landscape in his art. He fell in love with Northwestern Ontario, in particular, especially Lake of the Woods with its captivating scenery.  He purchased a cottage there and LOTW and its environs became a powerful inspiration for him.  During sojourns at the cabin, he would immerse himself in painting the natural surroundings. The demand for his watercolour paintings grew, and in 1986 he was able to leave his engineering career behind to concentrate on his painting full-time.  He found gallery representation at Loch and Mayberry in Winnipeg around that time.  Gallery exhibitions followed as well as informal exhibitions in his home.

Matousek chose watercolour as his primary medium, although he painted in both acrylic and oils when they better suited his creative purpose. The transparency and brilliance of watercolours were both a joy and a challenge to him. The medium required him to work with quickness and confidence. Unlike opaque mediums, once the paint is brushed onto the surface, the artist is committed.  This immediacy was one of the most appealing properties of Matousek watercolours.  The portability of the paints also made them perfect for outdoor on-location work.

Matousek’s love of painting gave him a desire to share his techniques.  He was an avid teacher of watercolour and thoroughly enjoyed the interaction with his students.  Both individuals and groups benefitted from his instruction. Vojtech Matousek passed away in Winnipeg in October of 2015.  His creative legacy consists of a body of work that is a dynamic visual record of Canadian landscape, and urban Winnipeg locations.  His paintings are represented in corporate collections such as Great West Life Assurance Company; the Government of Manitoba; Marusin Corporation, Tokyo; and many private collections in Canada and abroad.

Want to get notifications or exclusive online offers for artwork by Vojtech Matousek? Add them to your collector profile and let us know what you're looking for. 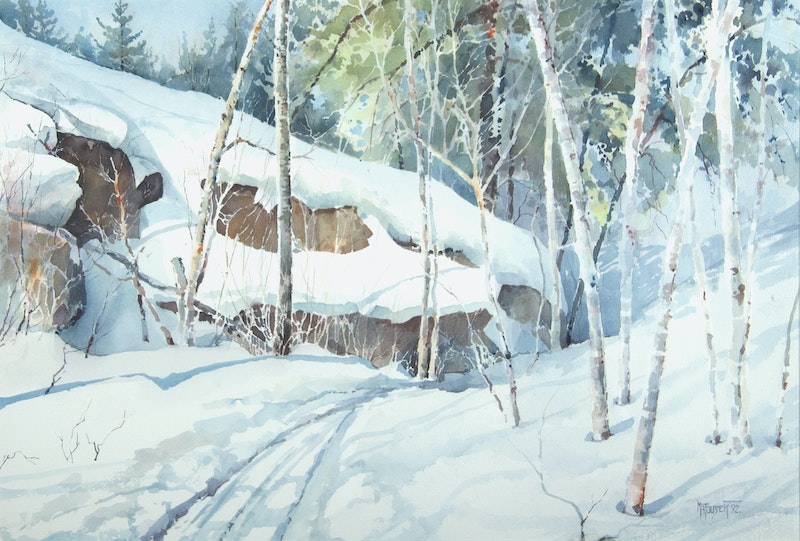 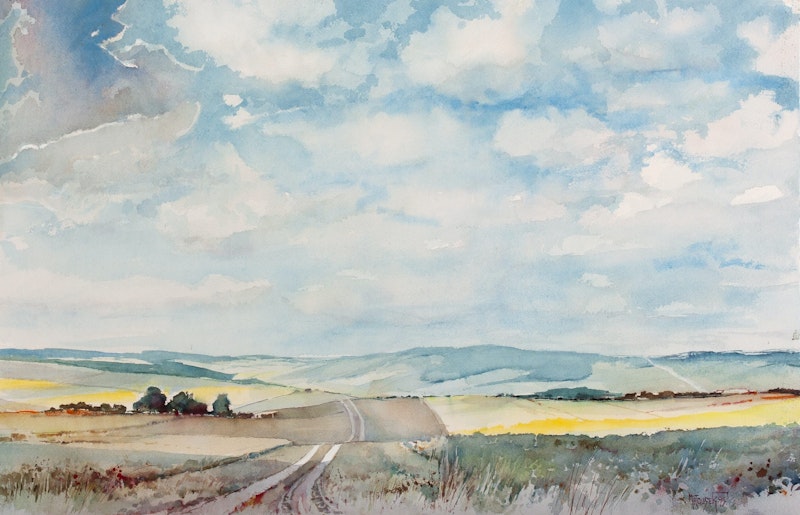 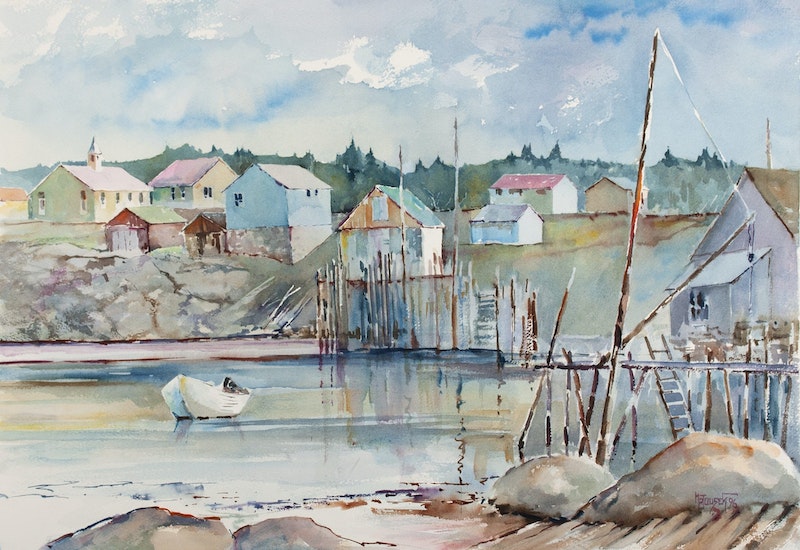 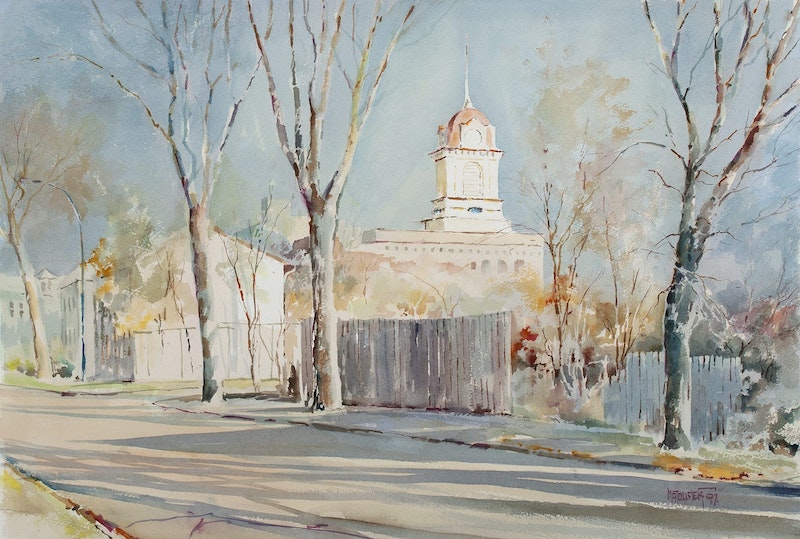 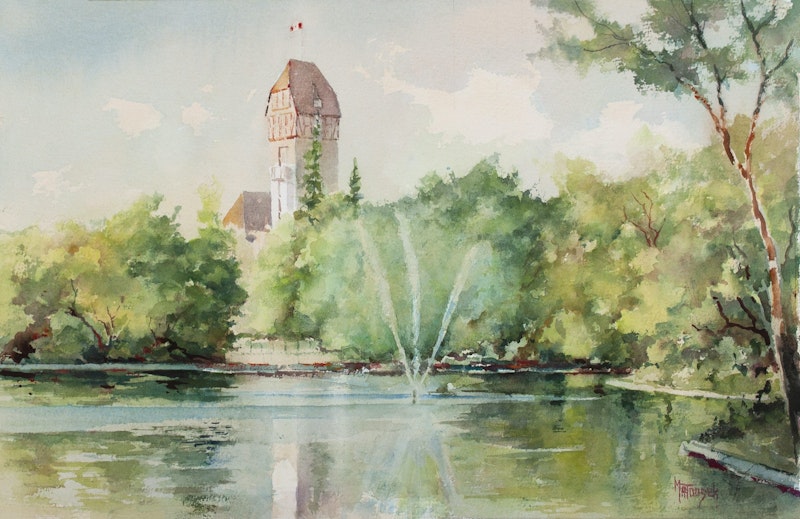