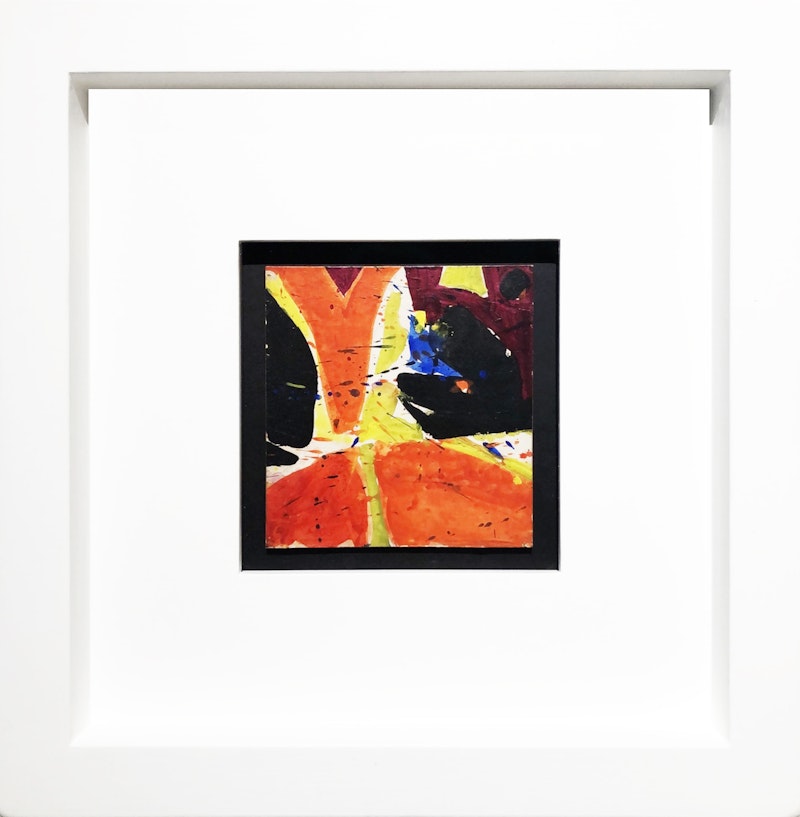 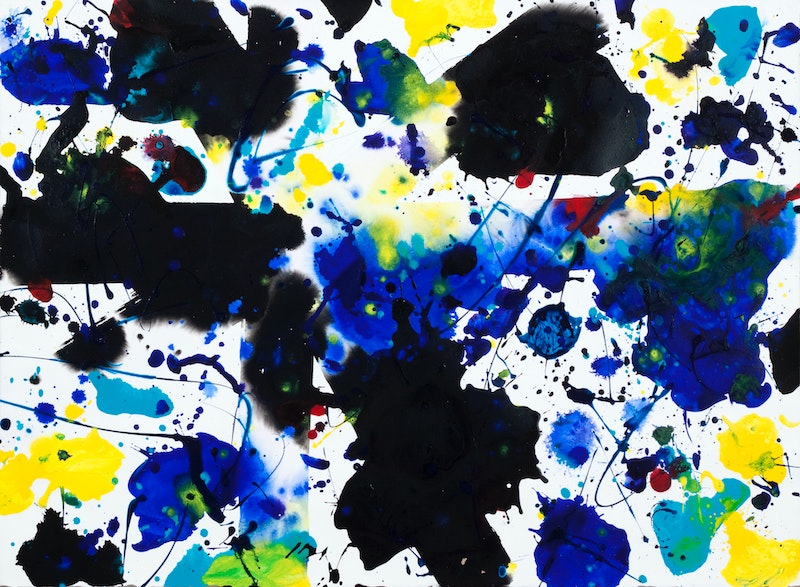 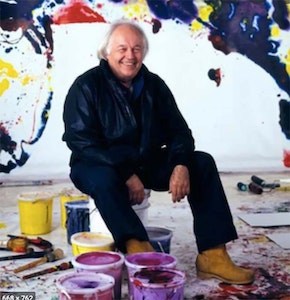 Sam Francis (1923 – 1994) occupies a prominent position in post-war American painting. Although associated with the Abstract Expressionist movement and Clement Greenberg’s Post-Painterly Abstraction, unlike many American painters of he time he had direct and prolonged exposure to French painting and to Japanese art which had an individual impact on his work.

On leaving the U.S. Army Air Corps in 1944 owing to illness Francis took up painting as a hobby. He decided to make this a serious undertaking studying under David Park in 1947 and completed his BA and MA at the University of California. He was greatly influenced by Abstract Expressionism particularly the works of Clyfford Still and Jackson Pollock. In his use of space on the canvas to allow free circulation of strong colour and the sensitivity to light Francis developed his own style by the time his studies had ended.

Francis moved to Paris in 1950 where he met Jean-Paul Riopelle who was to remain an important influence, and study of Monet’s Waterlilies had a profound impact on his work. From a very muted palette of greys and whites he returned to the qualities of light and colour producing such works as Big Red 1953. He continues to develop the use of white space and increased the dimensions of his paintings for greater emphasis. During his period in Europe he executed a number of monumental mural paintings.

Francis returned to California in 1962 and was then influenced by the West Coast School’s preoccupation with mysticism and Eastern philosophy. Blue had become a more dominant feature of his work since 1959 inspired by personal suffering and the great joy of becoming a father for the first time in 1961. This led to combinations of hard colour and more disciplined structures with centrally placed rectangles during the 1970s. Eventually these more rigid structures gave way to looser configurations sometimes of snake-like forms with web-like patterns. Blue, sometimes brilliant, remained an important part of many later works.

Want to get notifications or exclusive online offers for artwork by Sam Francis? Add them to your collector profile and let us know what you're looking for. 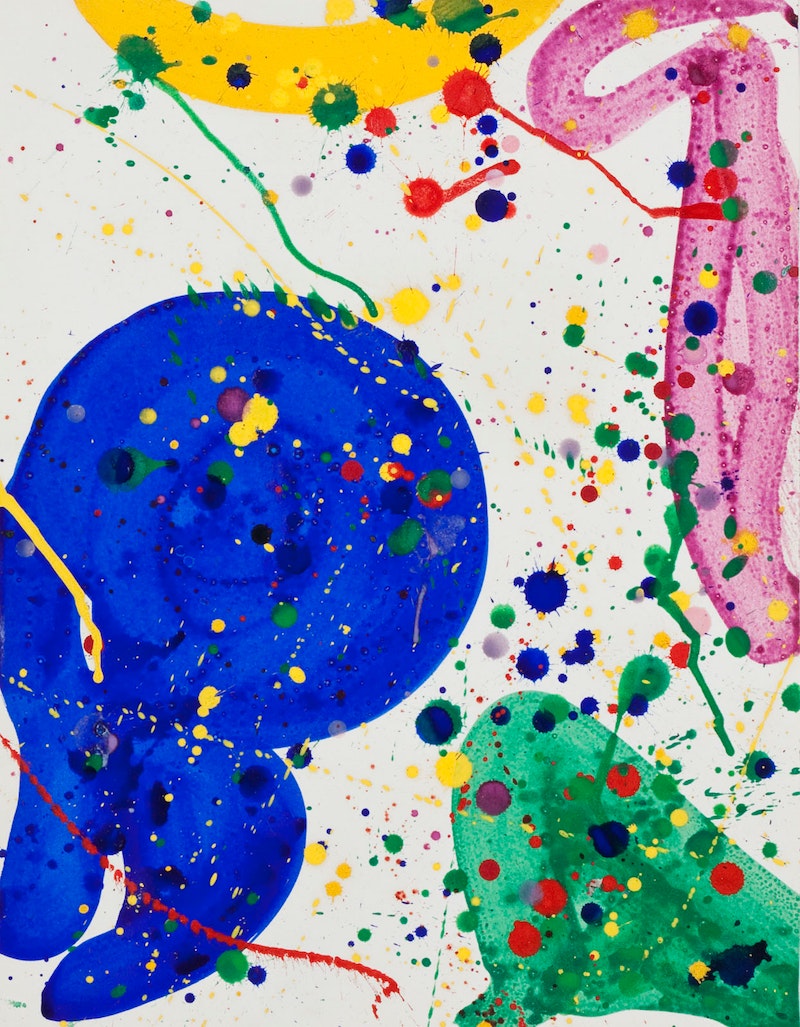