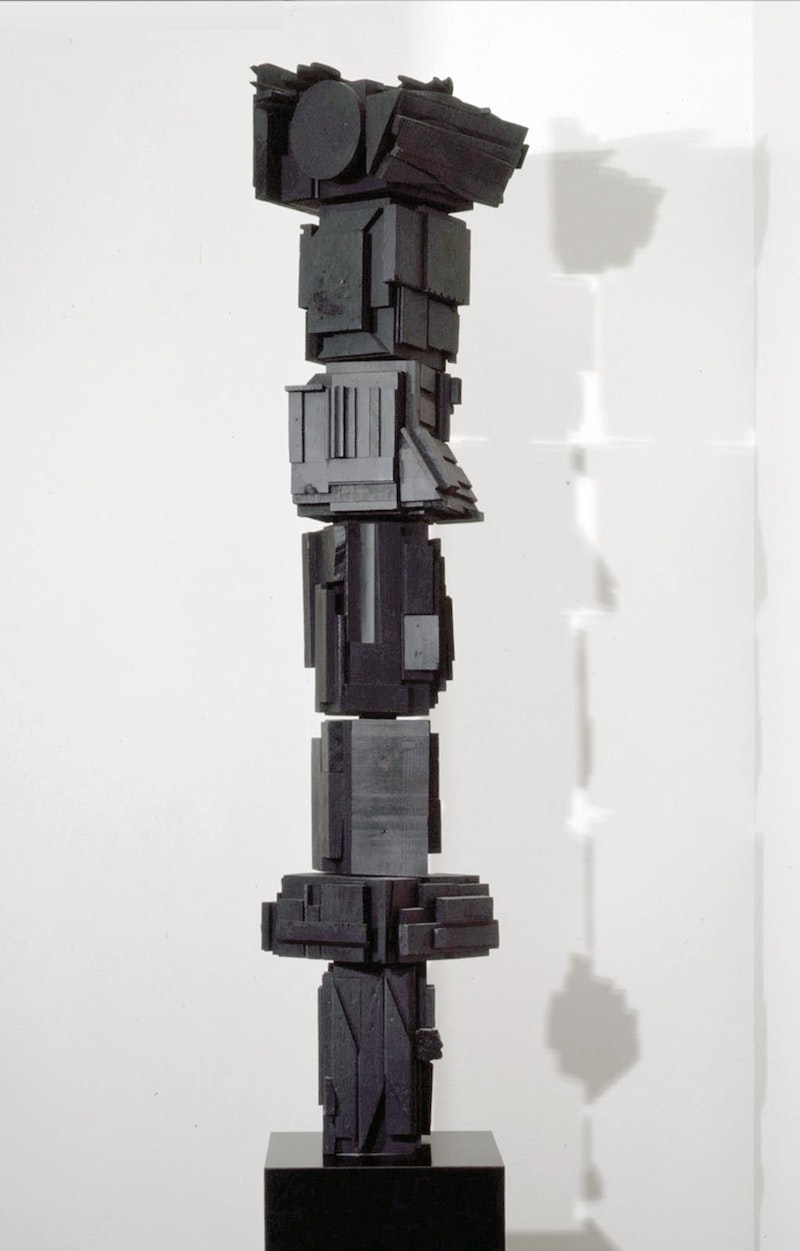 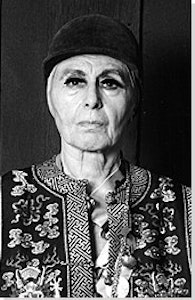 Louise Nevelson was born Louise Berliawsky on September 23, 1899, in Kiev, Russia. By 1905, her family had emigrated to the United States and settled in Rockland, Maine. In 1920, she married Charles Nevelson and moved to New York. At this time, she studied visual and performing arts, including dramatics, with Frederick Kiesler. Nevelson enrolled at the Art Students League in 1928 and also studied with Hilla Rebay. During this period, she was introduced to the work of Marcel Duchamp and Pablo Picasso. In 1931, while traveling in Europe, she briefly attended Hans Hofmann’s school in Munich. Nevelson returned to New York in 1932 and assisted Diego Rivera on murals he was executing under the WPA Federal Art Project. Shortly thereafter, in the early 1930s, she turned to sculpture. Between 1933 and 1936, Nevelson’s work was included in numerous group exhibitions in New York, and in 1937 she joined the WPA as a teacher for the Educational Alliance School of Art. Nevelson’s first solo show took place in 1941 at the Nierendorf Gallery in New York. In 1943, she began her Farm assemblages, in which pieces of wood and found objects were incorporated. She studied etching with Stanley William Hayter at his Atelier 17 in New York in 1947, and in 1949–50 worked in marble and terra-cotta and executed her totemic Game Figures. Nevelson showed in 1953 and 1955 at the Grand Central Moderns Gallery in New York. In 1957, she made her first reliefs in shadow boxes as well as her first wall. Two years later, Nevelson participated in her first important museum exhibition, Sixteen Americans at the Museum of Modern Art, New York, and the Martha Jackson Gallery gave her a solo show. She was included in the Venice Biennale in 1962. Nevelson was elected president of National Artists Equity in 1965 and the following year she became vice-president of the International Association of Artists. Her first major museum retrospective took place in 1967 at the Whitney Museum of American Art, New York. Princeton University commissioned Nevelson to create a monumental outdoor steel sculpture in 1969, the same year the Museum of Fine Arts, Houston, gave her a solo exhibition. Other Nevelson shows took place in 1970 at the Whitney Museum of American Art and in 1973 at the Walker Art Center in Minneapolis.

Want to get notifications or exclusive online offers for artwork by Louise Nevelson? Add them to your collector profile and let us know what you're looking for.

Browse all works by Louise Nevelson