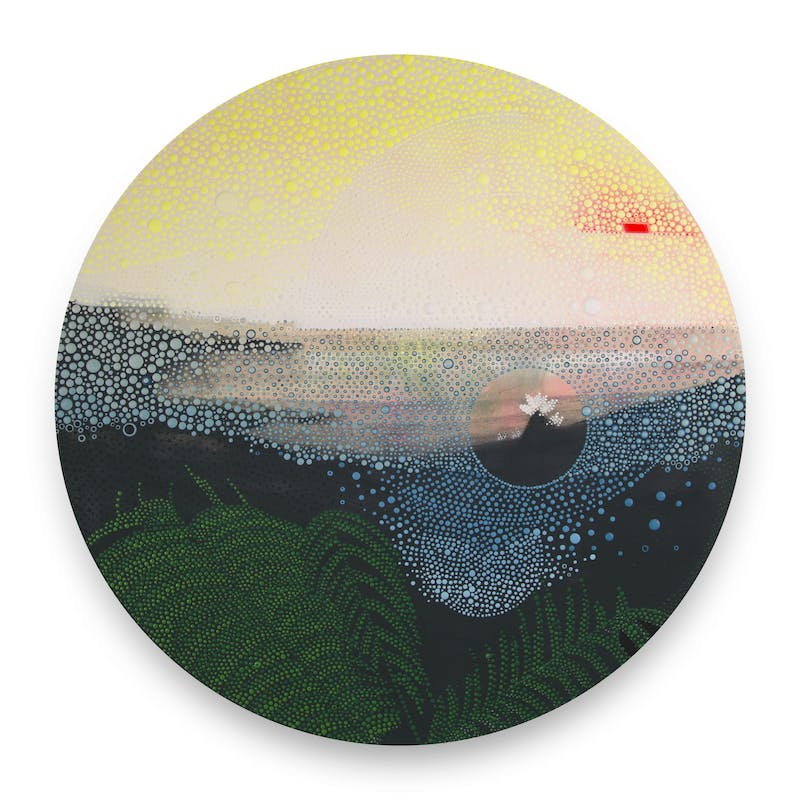 No Wind on Mount Temahani 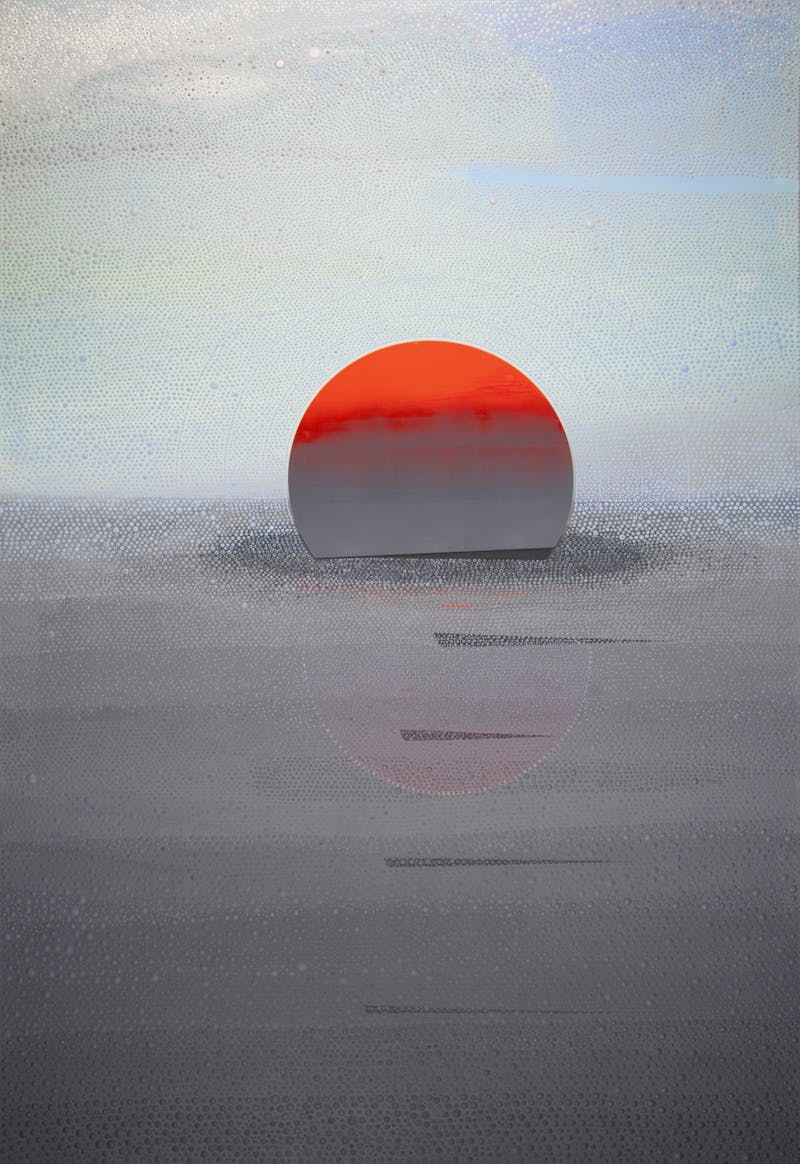 Intense Breath of the Sun (Haena) 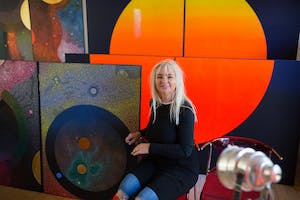 Ewa Tarsia studied art at the Gdynia School of Fine Arts, Poland (1974-1979), moving to Canada in 1991. After relocating to Winnipeg, Ewa earned a diploma with honors in Advertising Art and Computer Graphics and began working as a graphic designer until 2000. Since then she decided to devote herself to her art and quickly became an important member of the local art community. Tarsia has produced work for numerous group exhibitions in the United States, South Korea, Japan, Spain, England, Poland, and France, and have garnered her international recognition and acclaim. Highly versatile, original, and prolific, Tarsia works in many media: painting, printmaking, drawing, and spatial installations, offering a unique sense of texture to her work and reflecting her graphic design origins. In addition to her solo projects, Tarsia has collaborated extensively with an award-winning architectural firm 5468796 Architecture, producing stunning and highly-praised spatial installations (“Demarcation of an Image” 1 and 2 in 2004 and 2006; “Scratching the Surface” at Plug In Gallery, Winnipeg, 2008; Sunspot – Warming Huts at the Forks, Winnipeg, 2009; Green Grass Dot at the Winnipeg Art Gallery, 2012). She is also known for her exquisite and eclectic garden: her garden-scapes have been included in magazines, on video and routinely appear on garden tours. Her body of work documents passionate explorations into human co-existence with the natural environment and the transience of time and dimension, lending a spiritual level to her aesthetic. A passionate member of the Winnipeg art community, Tarsia volunteers her time as a curator and as an instructor and mentor of younger artists. She has also served on the board of directors of Site Gallery, the Manitoba Printmakers Association and Martha Street Studio. In 2007, Tarsia was inducted into the Royal Canadian Academy of Arts. Her recent projects include “Absolute Dot” at the North Dakota Museum of Art (2008); “Beyond Printmaking” at Contemporary Art Galery U Jezuitow in Poznan, Poland (2009), and Calgary, Canada (2010); “Green Grass Dot” at the Winnipeg Art Gallery (2012); and “Cool Dot” grass installations at the Forks, Winnipeg (2013 & 2014,15,16), and Forest Dot exhibition and artist residency at the Baker Museum in Naples, Florida (2015/16).

Want to get notifications or exclusive online offers for artwork by Ewa Tarsia? Add them to your collector profile and let us know what you're looking for. 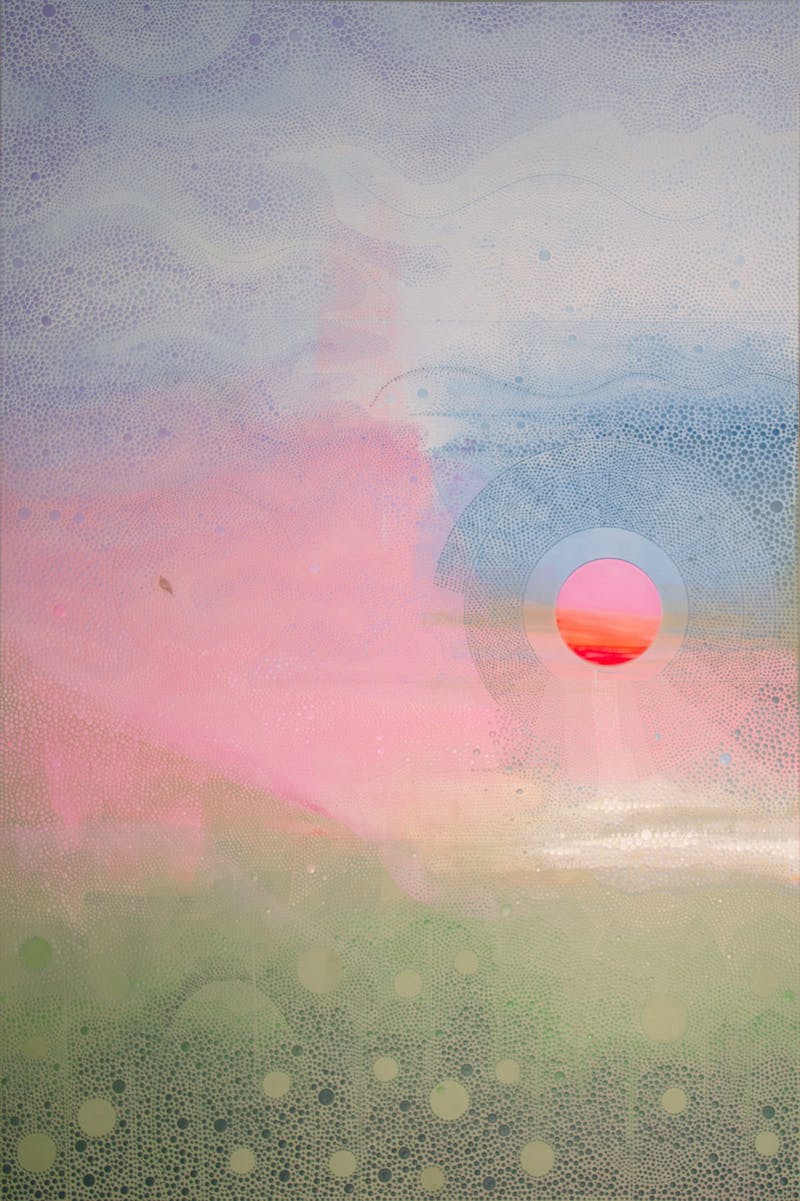 The Secrets of the Water 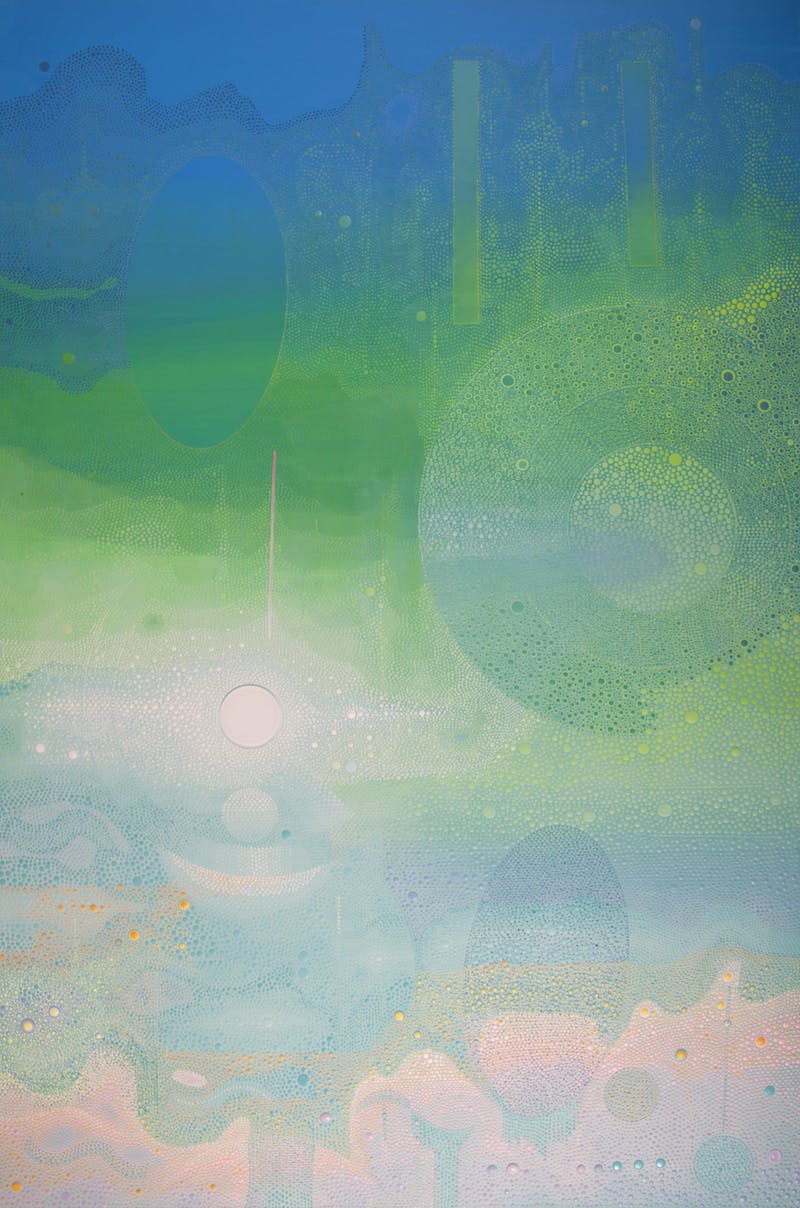 Secrets of the Sky 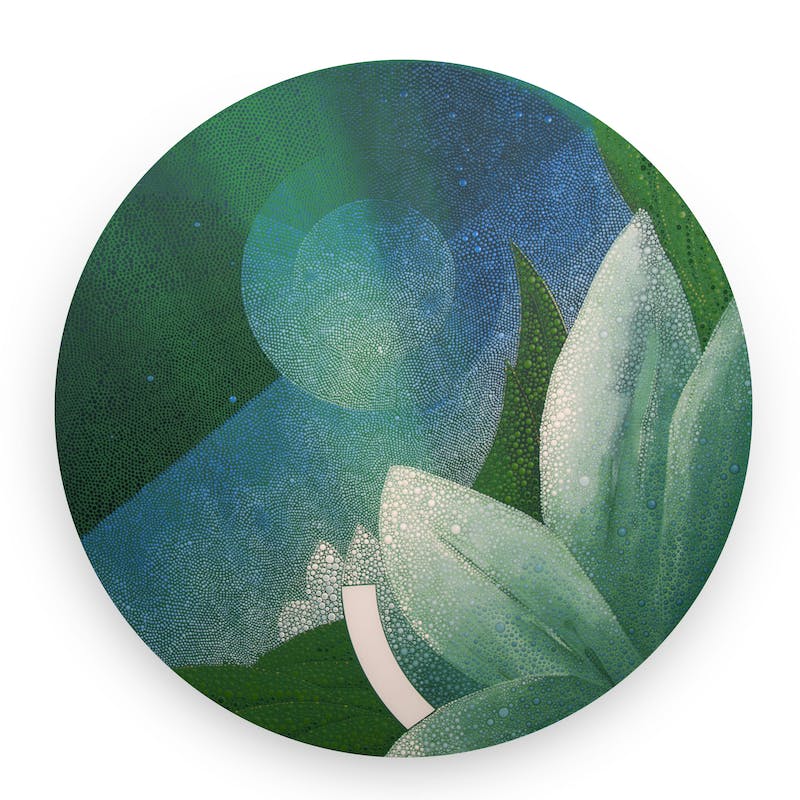 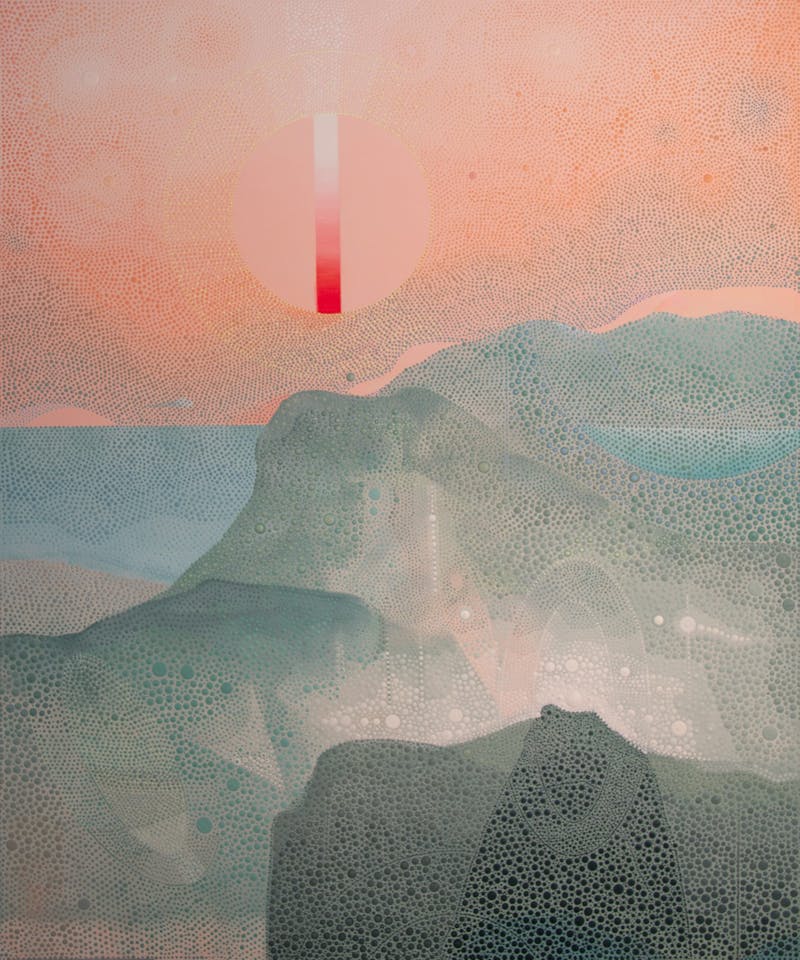 The Island of Raiatea 1 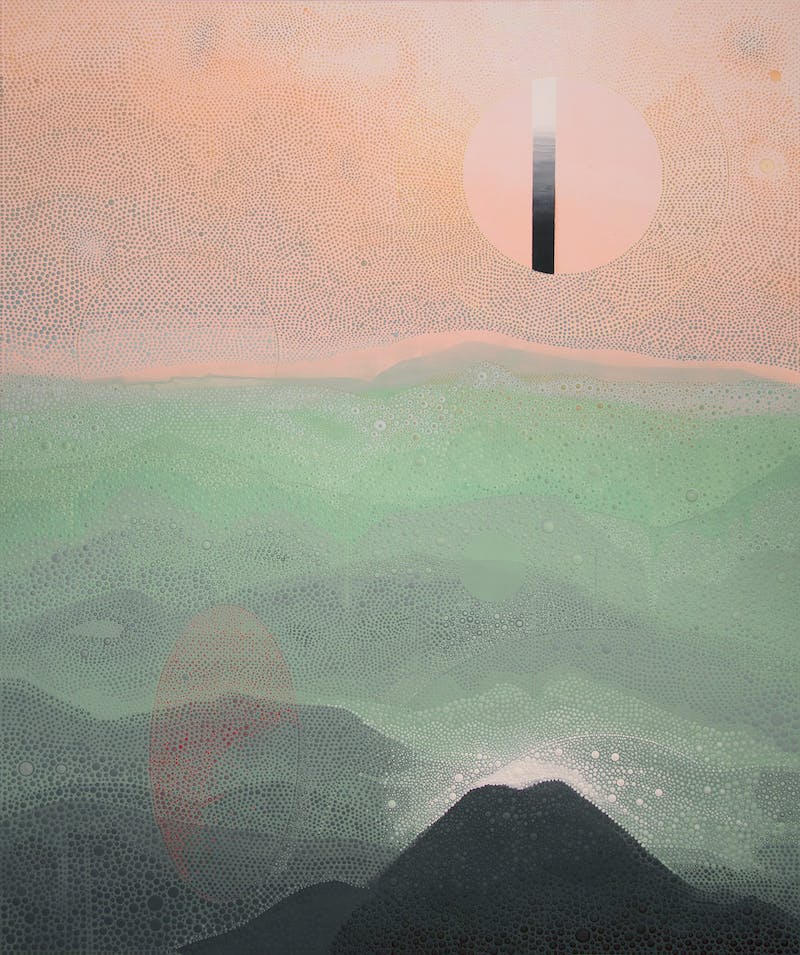 The Island of Raiatea 2