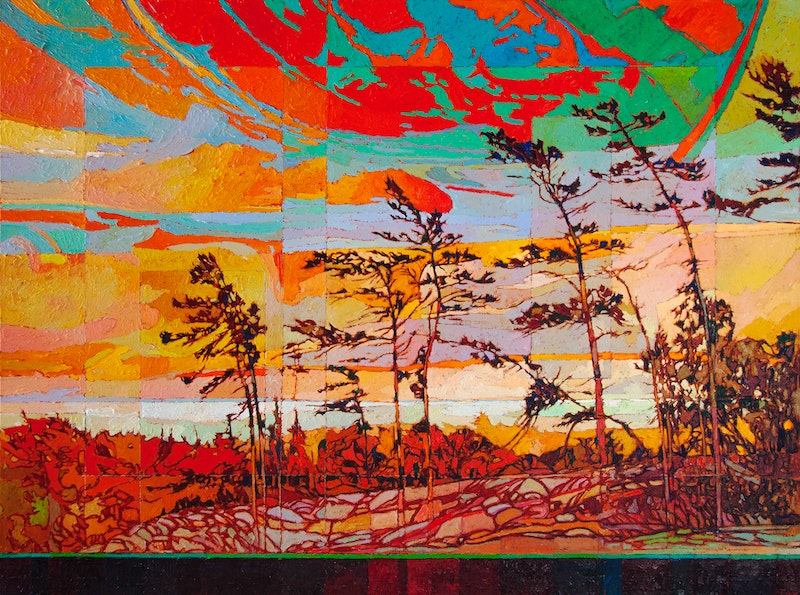 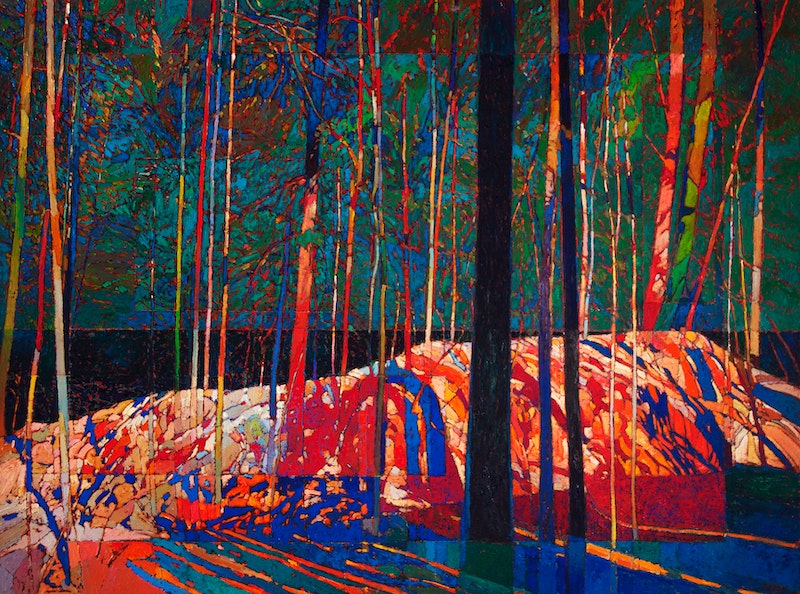 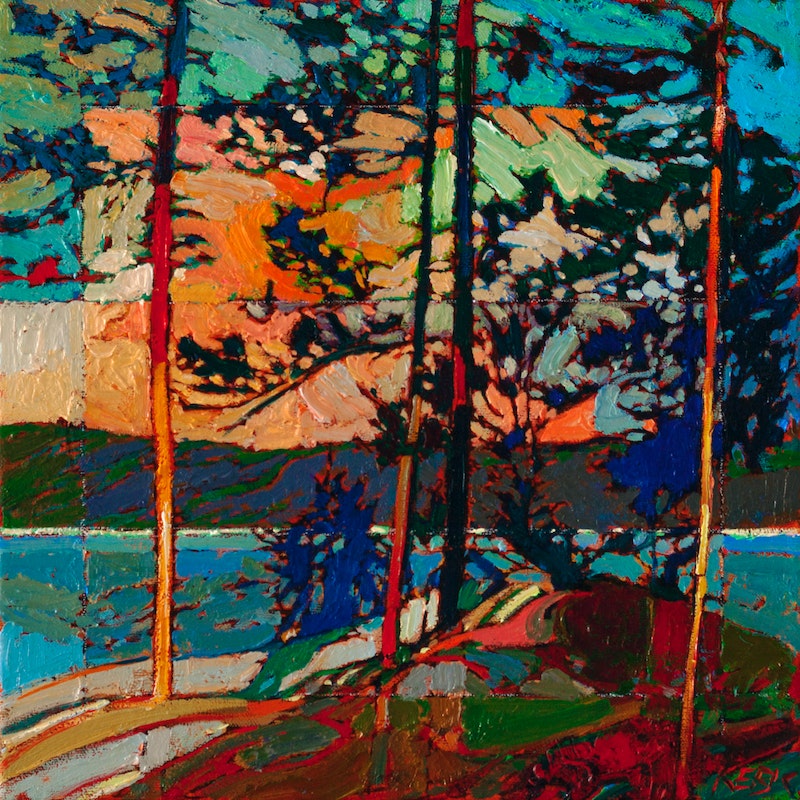 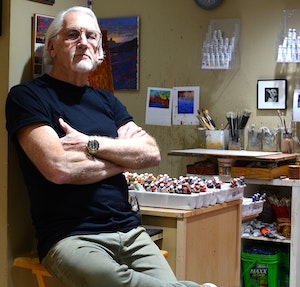 Born in Hamilton, Ontario, Bob has demonstrated a passion for drawing and painting from an early age. Following his graduation from the Ontario College of Art in 1974, Bob began his career creating editorial and advertising spreads for noted publications McClelland and Stewart, Saturday Night Magazine, Harlequin Books, and for large corporate clients including Molson, Coke, Nike, Audi Canada, and the Royal Canadian Mint.

During the course of his career, Bob has moved to the United States, living for a time in Texas and Chicago, eventually returning to Canada, making Toronto his home.  Over the last ten years, he spent a considerable amount of time traveling across Canada and France, seeking inspiration for his abstract landscape paintings.

While his paintings may nod to the Group of Seven, Bob has pioneered his own unique perception of the landscapes he represents. Through richly painted layers of colour abstraction and textural shifts, Bob Kebic’s work break through the status quo of traditional landscape paintings. Bob has chosen not to identify the locations of his subjects within his titles, choosing instead to identify his works numerically. In this way, he hopes the viewer will interpret his work through the lens of their own experience.

Want to get notifications or exclusive online offers for artwork by Bob Kebic? Add them to your collector profile and let us know what you're looking for. 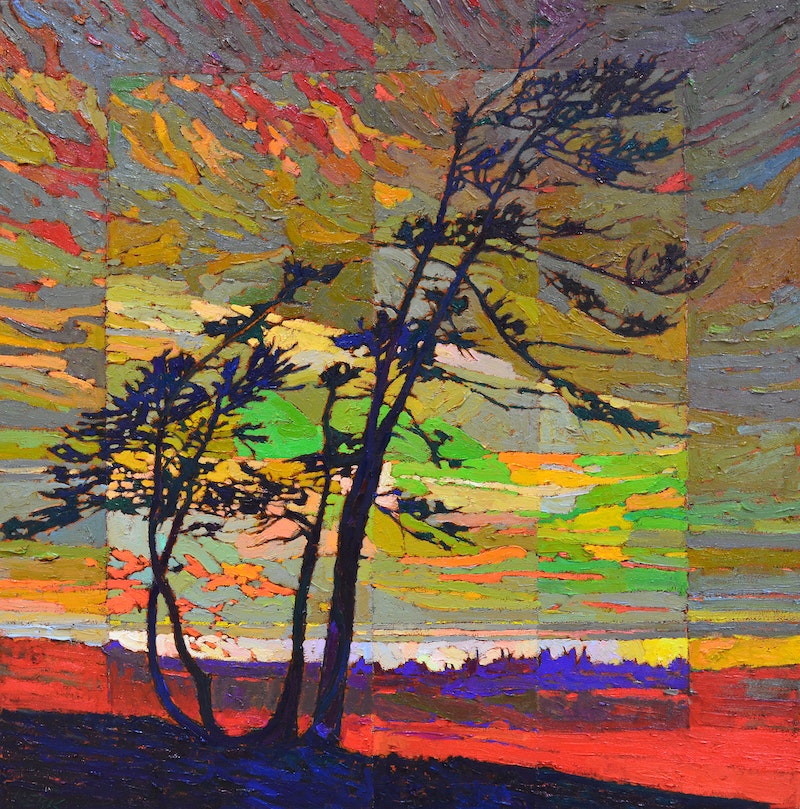 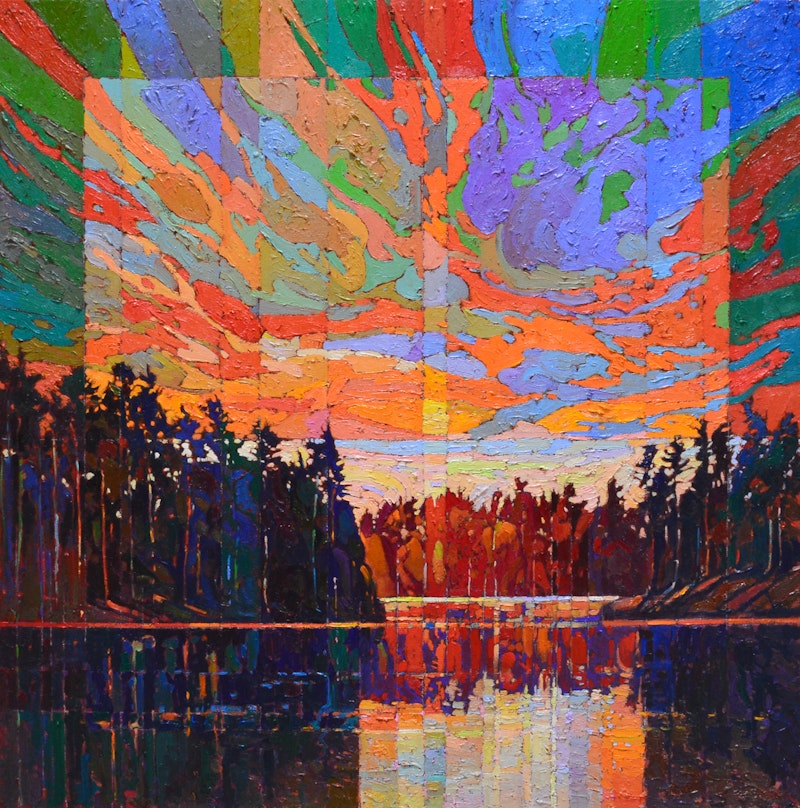 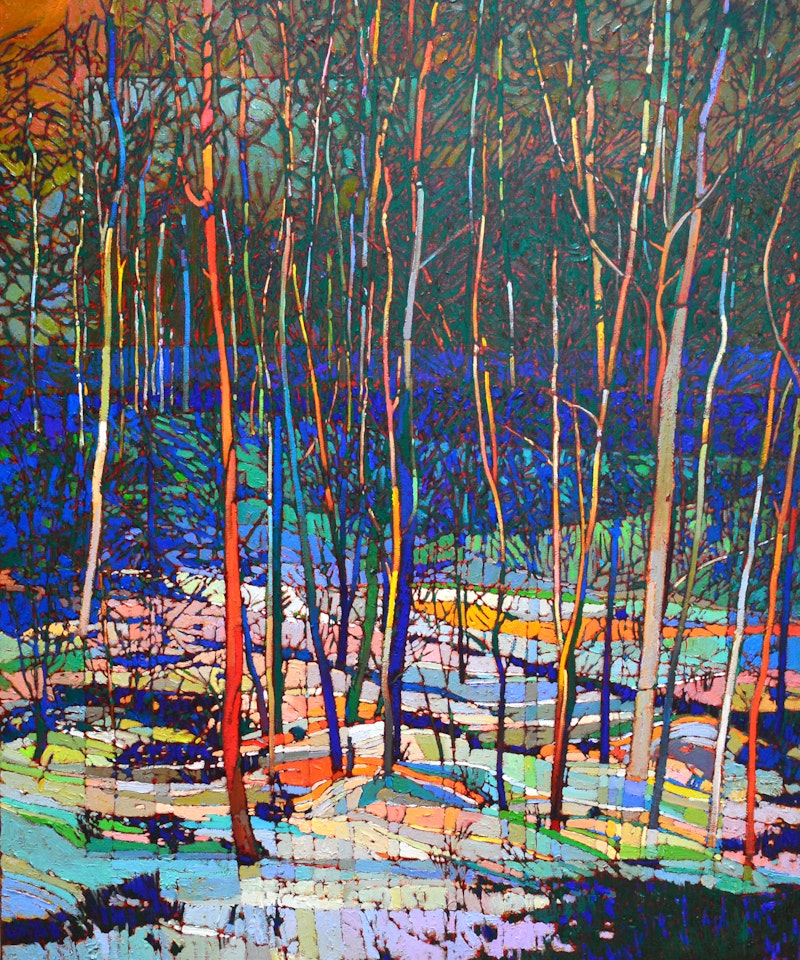 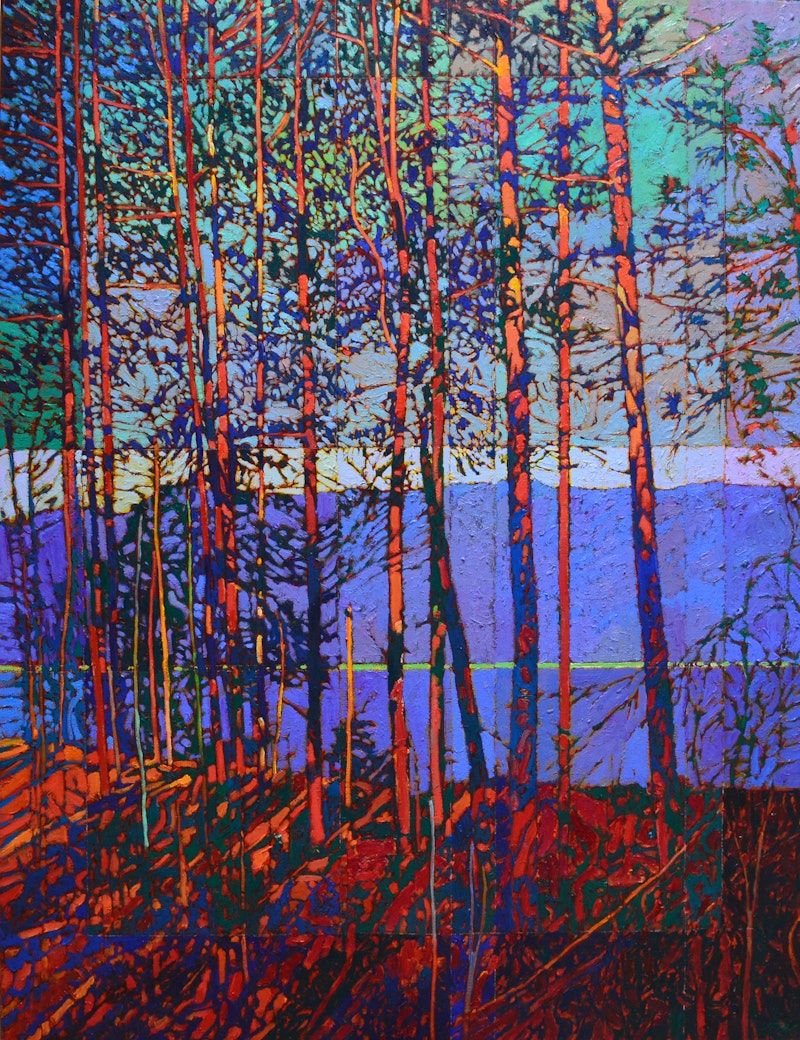 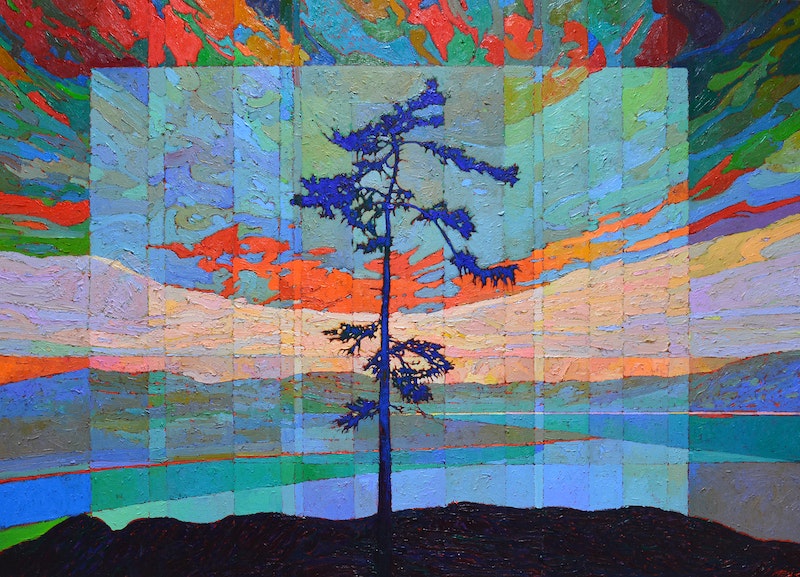 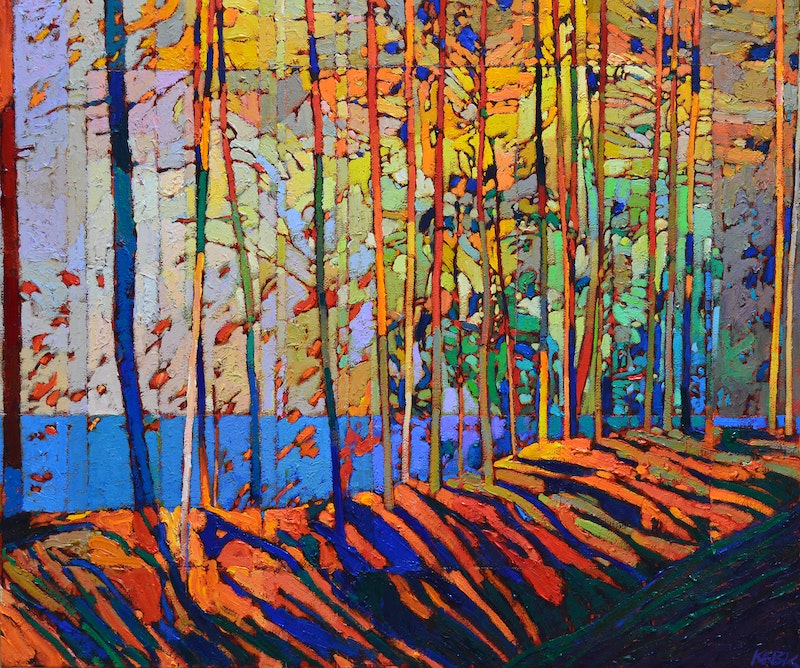